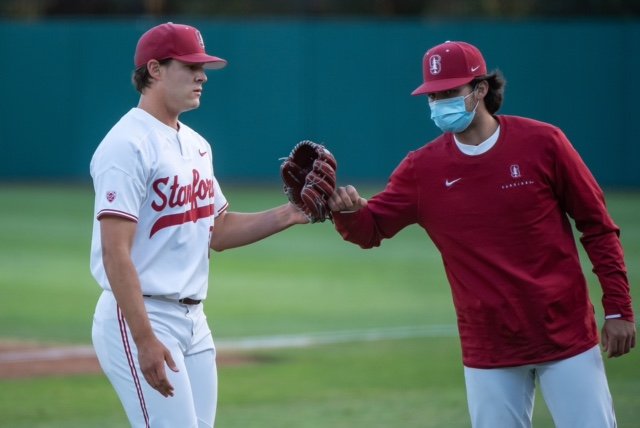 Brendan Beck was drafted by the Yankees in the second round on Tuesday. Photo provided by Stanford Athletics.

On this week’s episode of From The Back Fields To The Bronx, managing editor Ricky Keeler is joined by Hudson Valley Renegades beat writer/head scout Steve Alhona to recap how the New York Yankees did in the 2021 MLB Draft. First off, we at Pinstriped Prospects want to thank all of you for reading our draft coverage. We pride ourselves at doing great work with the draft, so thank you.

The duo began the show discussing first round pick Trey Sweeney. Was it the right pick for the Yankees considering who was still on the board, can he stick at shortstop long-term, and what does that mean for the logjam of shortstops in the organization?

After that, they got into Round 2 pick, Stanford right-hander Brendan Beck. How close is he to reaching the big leagues and what stands out about the Pac-12 ace in terms of not having a dominant pitch, but four good pitches. In Round 3, the Yankees took a prep pitcher in right-hander Brock Salvidge and Ricky and Steve give their thoughts on the upside he has.

The two of them then dive into their favorite Day 2 and Day 3 picks and later go into which teams besides the Yankees had good drafts in their opinion. Plus, the Angels took 20 pitchers with their pick. Is it a good or bad strategy to take all pitchers even with an organizational need at the position?

Ricky and Steve wrap up the show by briefly going over the latest promotions (recorded before Trey Amburgey was called up to The Bronx). This includes Jasson Dominguez going to Low-A Tampa, Anthony Volpe, Jake Sanford, and Pat DeMarco going to High-A Hudson Valley, Brandon Lockridge to Double-A Somerset, and Glenn Otto to Triple-A Scranton Wilkes-Barre.