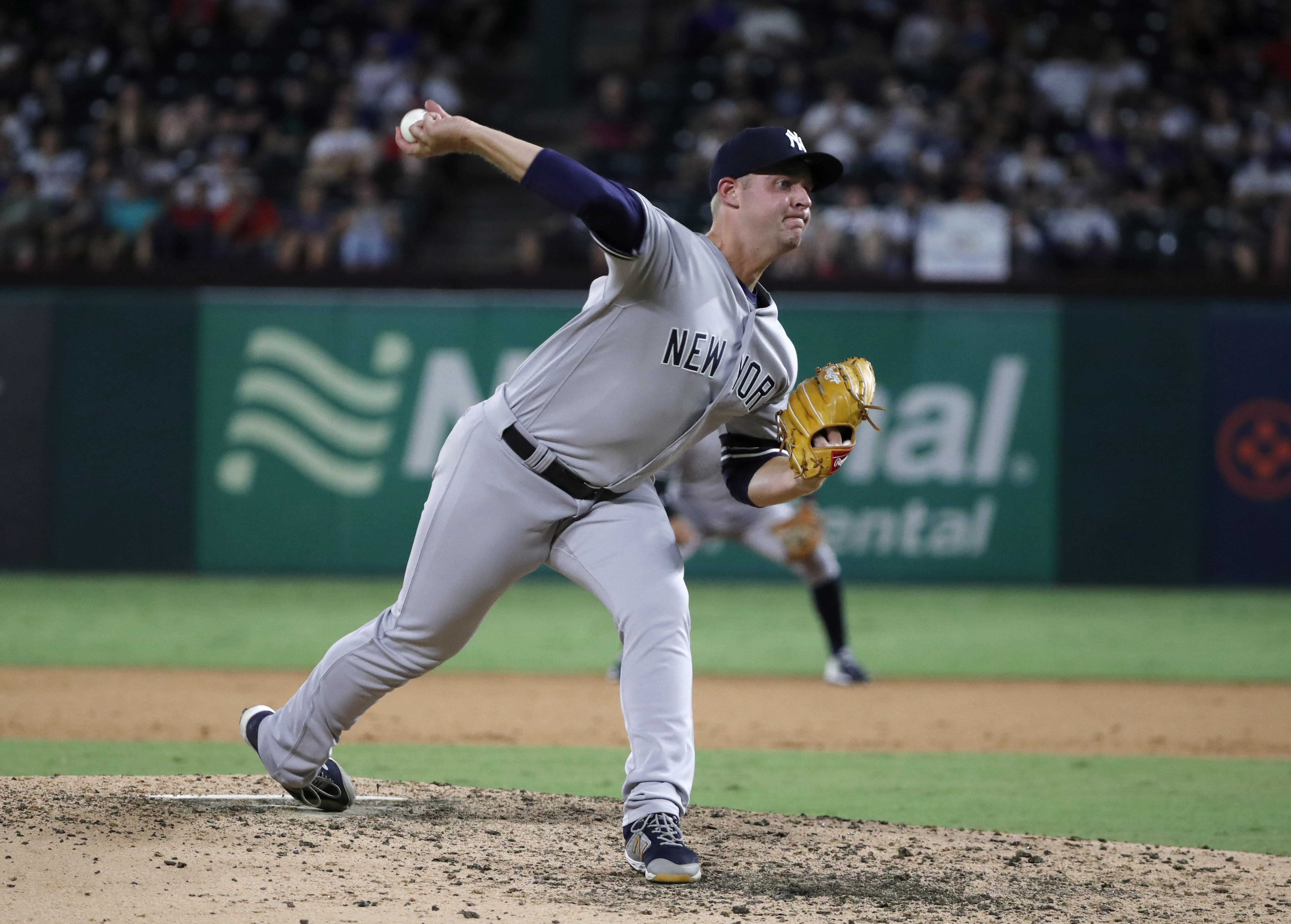 Three hundred and fifty-three days. That’s how long it had been since the Yankees played a game in front of paid spectators. Nearly a year has passed since MLB announced the shutdown of 2020 spring training, a pause that would last four months and give way to a strange 60-game season devoid of the usual sounds of clapping, cheering and booing. Then the abbreviated campaign itself gave way to a dark offseason full of devastating news – both in the wider world, as hundreds of thousands succumbed to the ravages of the pandemic, and in the world of the game, as Minor League Baseball was hacked to the bone.

But on Sunday, as baseball slowly sputters back to life for what promises to be another unconventional and uncertain season, the fans returned, and with them a dose of cautious optimism to accompany the doses of COVID-19 vaccine being administered around the country.

Around 2,500 souls, or 25 percent of George M. Steinbrenner Field’s capacity, witnessed the Bronx Bombers drop their Grapefruit League opener to the Blue Jays by the score of 6-4. Making any prognostications after the first exhibition contest would be a fool’s errand, but there were some happenings of note.

One of the questions to be answered during spring training this season is that of the fifth spot in the rotation. Barring any injuries, Gerrit Cole, Jameson Taillon, Corey Kluber, and Jordan Montgomery look set to anchor the group – but it remains to be seen who will join them. Mike King, erstwhile Yankees minor league pitcher of the year three seasons ago, has an outside chance at the role, and he was called upon to stake his claim with a day one start.

The afternoon did not go well for King, who surrendered three earned runs on three hits, walking two and hitting two batters while striking out just one, in his two innings of work. Nothing came easy for the right-hander, particularly against Toronto shortstop Bo Bichette, who worked two full counts and accounted for both of the walks King registered. Rowdy Tellez and Cavan Biggio each smacked run-scoring doubles off of King, who required 42 pitches to complete his two frames. Domingo Germán and Deivi Garcia are the odds-on favorites to win this battle, and certainly remain so after King’s spring debut.

With the possible exception of Gary Sánchez, no Yankee regular has a more important upcoming few weeks than Gleyber Torres. Following his 38-homer explosion in 2019, Torres underwhelmed during the shortened season in his first full year as the starting shortstop. He needs to bounce back offensively and also faces questions about his viability with the glove, and he impressed on both fronts on Sunday. Torres knocked a double to keep a Yankee rally moving in the fourth inning, and also delivered a nifty play up the middle in the second.

It’s a tale as old as time: Adam Warren has returned to the Bronx for a third stint in pinstripes. Aaron Boone called on the now 33-year-old journeyman to keep the game within reach in the fifth inning, and Warren did not disappoint, striking out two in his one frame of work. Warren faces an uphill climb to snag a spot in the bullpen this spring, but as a man who has at one time or another found his way into the circle of trust for the last two Yankee managers, he’s certainly a player to watch.

The Yanks supplied most of the offensive firepower in the fifth inning, when substitute catcher Rob Brantly (hitting for backup hopeful Robinson Chirinos) and 2019 hero Mike Tauchman crushed back-to-back home runs to bring the home side within one run. In a fortunate coincidence, the YES Network booth happened to be interviewing Luke Voit during that same half-inning. Voit could be heard congratulating both of his teammates after each bomb:

The Sockman goes deep. Luke on the call. pic.twitter.com/HFg2qjBvNR

The soundbyte that didn’t make it into the team’s official Twitter post was Voit’s colorful language in response to the Brantly blast. To the chagrin of the YES producers but the delight of most viewers, Voit demonstrated his clear status as a clubhouse leader and a fan favorite.