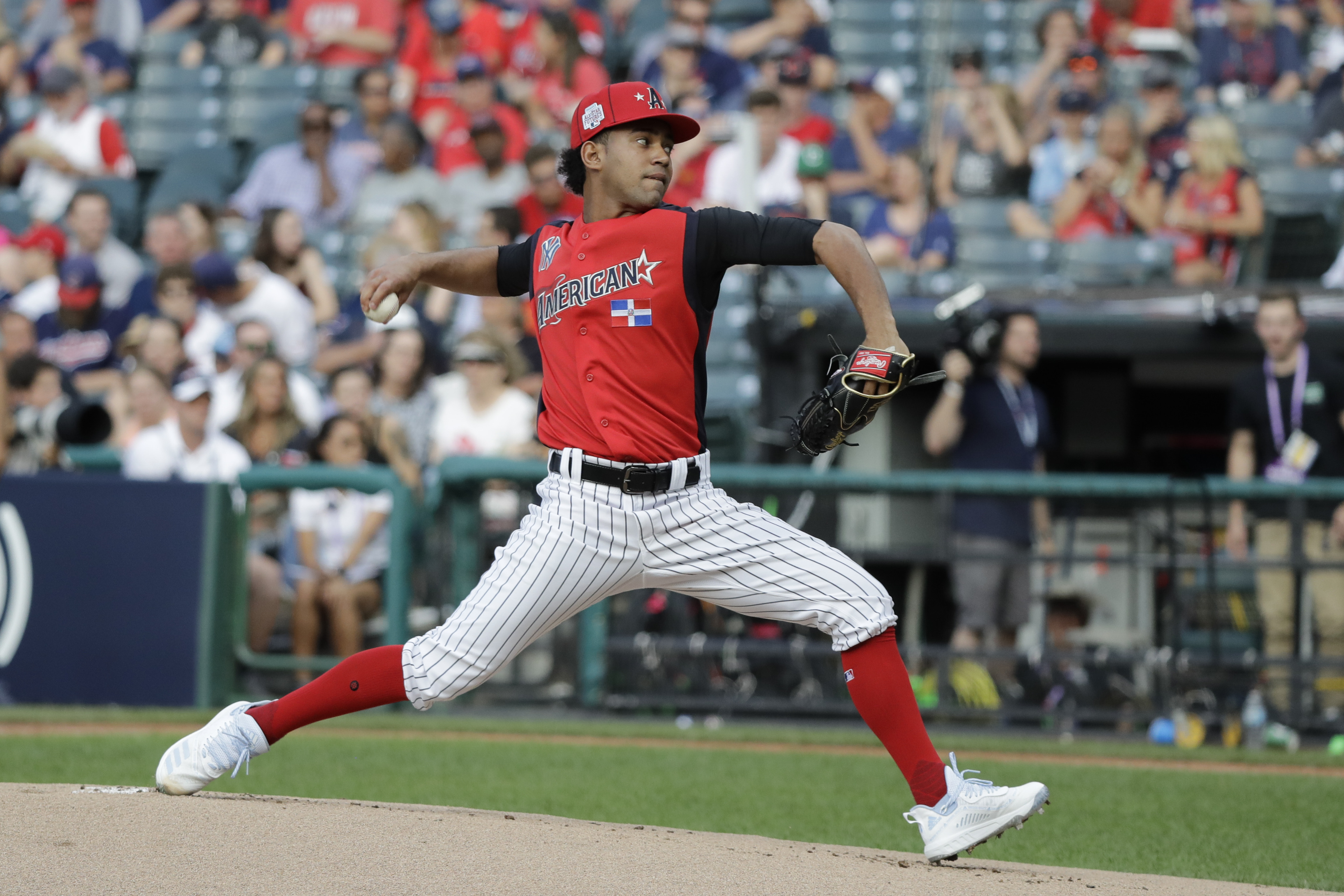 Deivi Garcia, of the New York Yankees, throws during the first inning of the MLB All-Star Futures baseball game, Sunday, July 7, 2019, in Cleveland. The MLB baseball All-Star Game is to be played Tuesday. (AP Photo/Darron Cummings)

Deivi Garcia‘s star shined brightly in Cleveland, Ohio on Sunday night as he worked a one-two-three scoreless first inning to kick off the 2019 SiriusXM Futures Game at Progressive Field.

The 20-year old showcased all four of his pitches in the Major League Baseball All-Star Sunday premier event, showing just why he got the call up to Triple-A Scranton/Wilkes-Barre after he left the game. 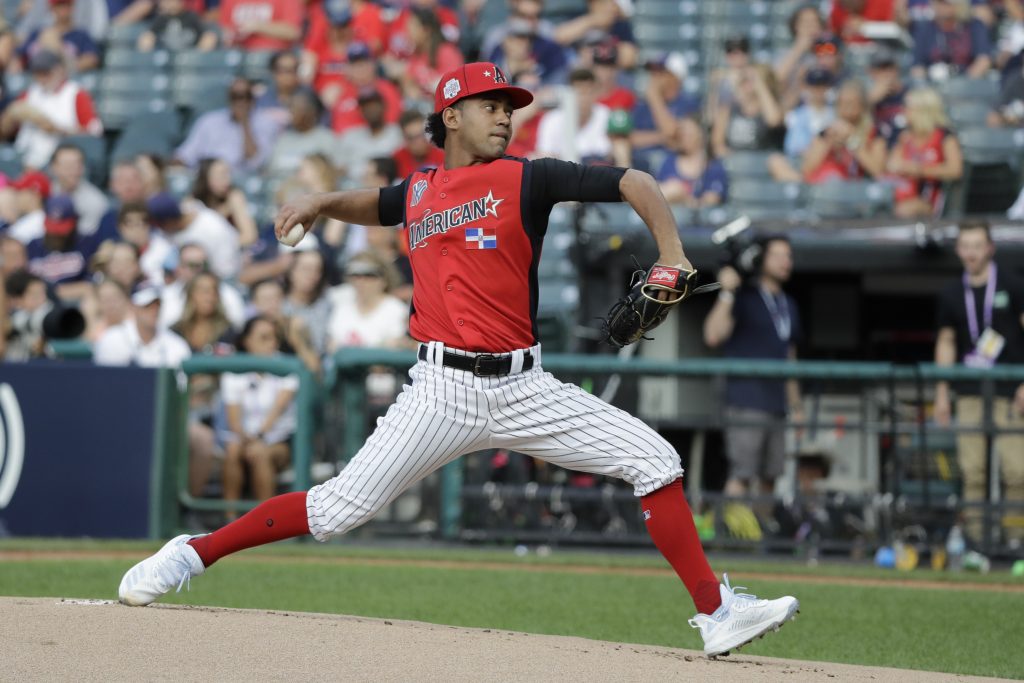 Deivi Garcia, of the New York Yankees, throws during the first inning of the MLB All-Star Futures baseball game, Sunday, July 7, 2019, in Cleveland. The MLB baseball All-Star Game is to be played Tuesday. (AP Photo/Darron Cummings)

In all, the native out of Bonao, Dominican Republic threw 14 pitches (10 strikes) to three National League batters. He tossed just one of three first-pitch strikes, however, he was able to battle back from down 0-1 in the count to record a strikeout and two popups to retire the side in order.

The first hitter, Cristian Pache struck out looking to begin the game on a painted 96.2 mph four-seam fastball. Carter Kieboom popped out to the shortstop on a 86.7 mph changeup, followed by a Isan Diaz popup to second on a 93.4 mph fastball.

Known as a high velocity and spin rate pitcher, Garcia is not physically imposing as he is listed at 5’9” and 163 pounds. This hasn’t stopped him from dominating with the Trenton Thunder in 2019. The Yankees number four overall prospect according to MLB.com, has a 4-3 record, 3.00 ERA and 81 strikeouts over 10 starts (51 innings pitched) for the Thunder following his brief season-opening four-game stint with the Tampa Tarpons (Class-A Advanced).

On June 18, against the Richmond Flying Squirrels, Garcia showed just how dominant he can be, as he fanned 15 batters and allowed just one hit across six scoreless innings. He backed that eye-catching performance up by striking out nine over five shutout frames against the Reading Phillies his next time out.

After signing for a mere $200,000 as an international free agent back in 2015, Garcia will prove to be worth every penny. If he can stick with the Yankees, who expect to be active on the trade front within the next couple weeks, it’s possible that you can see him make his big league debut this season. If Garcia is dealt, and believe me that teams will unquestionably be asking for him, the return should be a All-Star caliber type Major Leaguer such as Trevor Bauer or Marcus Stroman.