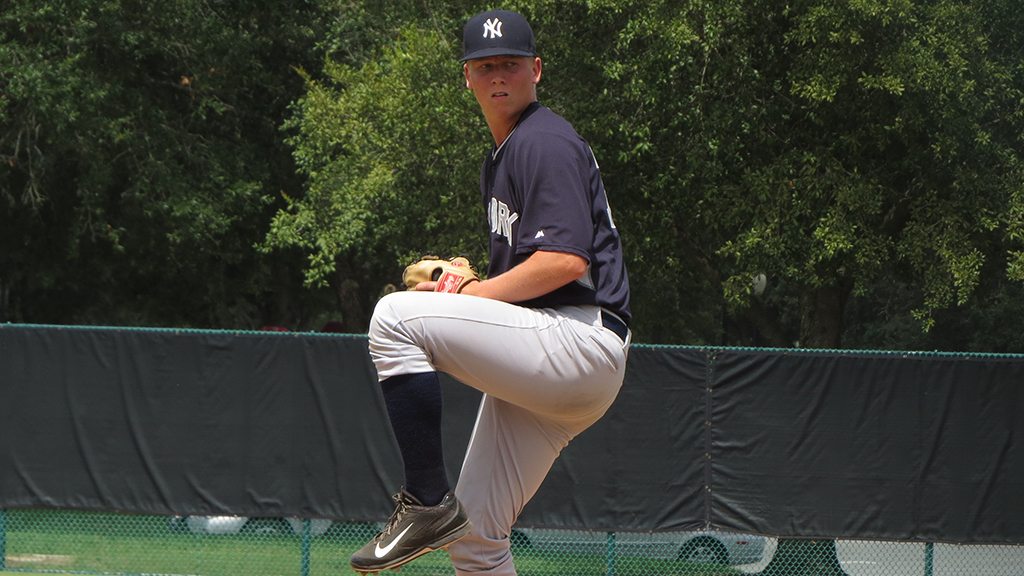 Thursday was a tough day all around for the Gulf Coast Yankees, as both teams took losses.

The Yankees 1 wasted a good start from Chad Martin, a 30th-rounder this year out of Delaware, falling 3-1 to the Phillies in Tampa. Martin shutout the Phillies for five innings and only allowed two hits. He was relieved by Dustin Cook, who didn’t fare nearly as well. Cook did not record an out before allowing three runs in his professional debut. When you have an incalculable ERA, things have not gone right. After Cook left the game, Francis Joseph and Geoff DeGroot threw four more scoreless innings.

It was no matter, as the offense provided only one run on five hits. Terrance Robertson, Chris Gittens, Trey Amburgey, and catcher Manny Argomaniz singled and Bryan Cuevas doubled and scored the lone run.

The Yankees 2 lost to the Braves 7-5, as the Braves scored in five different innings against Yankees pitchers Daris Vargas, Omar Luis, and Claudio Custodio.

Offensively, the Yankees 2 put up eight hits, including two from Griffin Garabito and a run-scoring triple from Pedro Urena.