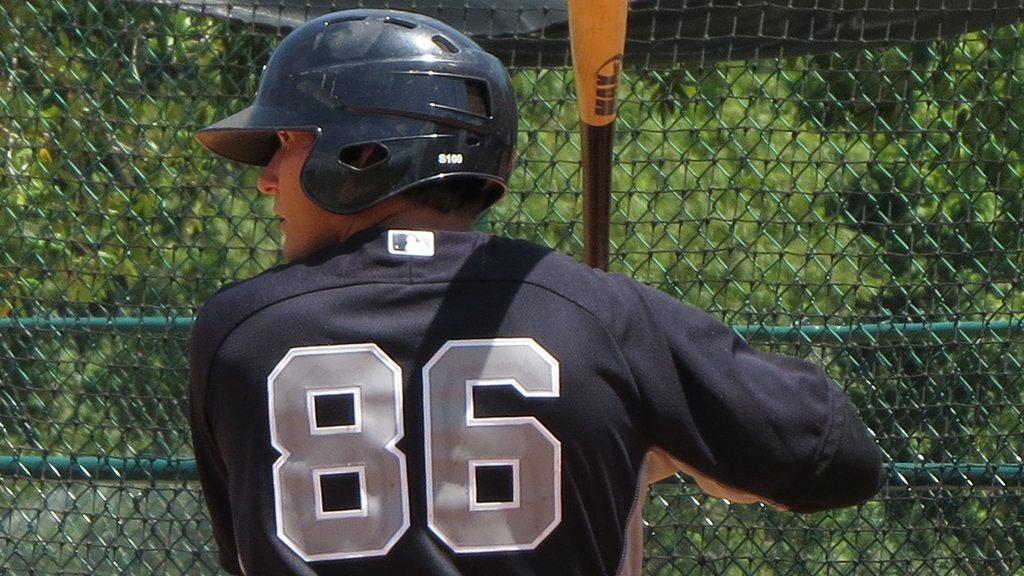 The thunder came off of the bat of Kevin Cornelius and the lightning came from the arms of Dietrich Enns and Juan Jimenez- not to mention Mother Nature- on Monday. The GCL Yankees 2 beat the Tigers 5-0 in eight innings in a game shortened by lightning in the Tampa area.

Dietrich Enns dominated for five innings, allowing only one hit and striking out seven without walking anyone. He is likely to move to a higher-level assignment very soon. Juan Jimenez kept the shutout going for three innings and struck out three of his own. It was a terrific combined performance.

The Yankees 2 only had six hits on offense, and two of them came from Kevin Cornelius, including his third home run. The Cornelius home run would have been sufficient, but three Tiger errors led to three unearned runs for the Yankees. The other hits came from Jose Infante, Dominic Jose, Yancarlos Baez, and Isiah Gilliam, who still has not recorded an out in two professional games. Gilliam walked twice after his single.

The pitching for the GCL Yankees 1 was almost as good, but the offense provided no support as they were walked off by the Pirates at the Pirate City Complex.

Anderson Severino and Andrew Chin combined to surrender only four hits and an unearned run in 7.2 innings, with the heavier lifting done by starter Severino. But Hobie Harris, who had recorded the last out of the eighth inning, gave up a home run to the leadoff hitter in the bottom of the ninth to lift the Pirates.

The Yankees 1 only managed three hits, one single each from Cesar Diaz and Trey Amburgey and an RBI triple from Chris Gittens that scored Donny Sands, who had walked.