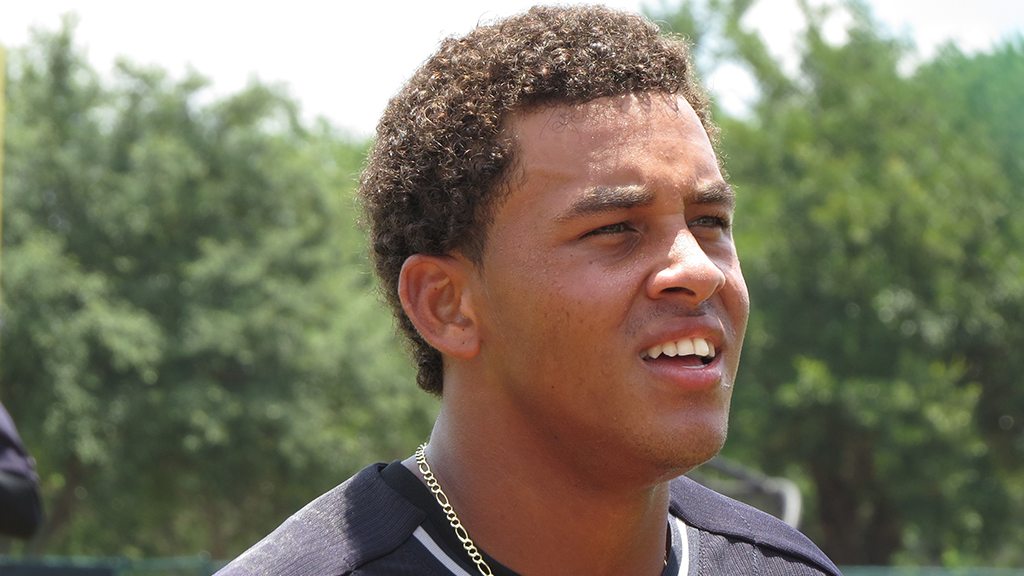 The GCL Yankees 2 were cruising along with a 7-0 lead after four innings, but a rough outing from Jordan Ovalles paved the way for a Braves comeback and eventual 8-7 win in extra innings. Ovalles allowed 6 runs on 7 hits in 3.1 innings in relief of Dietrich Enns, who was making his first appearance in a return from Tommy John surgery. Enns has been a successful pitcher in his brief professional career, particularly out of the bullpen, but he does have ten starts on his record.

Two other interesting pitchers appeared for the Yankees on Tuesday, Claudio Custodio and Brandon Stenhouse. In 2011, Custodio was one of the better Yankee prospects in the GCL- as a shortstop. As recently as this season Custodio was a backup outfielder for the Class A Tampa Yankees, but apparently his days as a position player are over at age 24. Stenhouse is 18 and from Frankston, Australia, and unfortunately he took the loss today by allowing a run in the tenth inning in his American debut. Custodio and Enns combined for 4.1 scoreless innings.