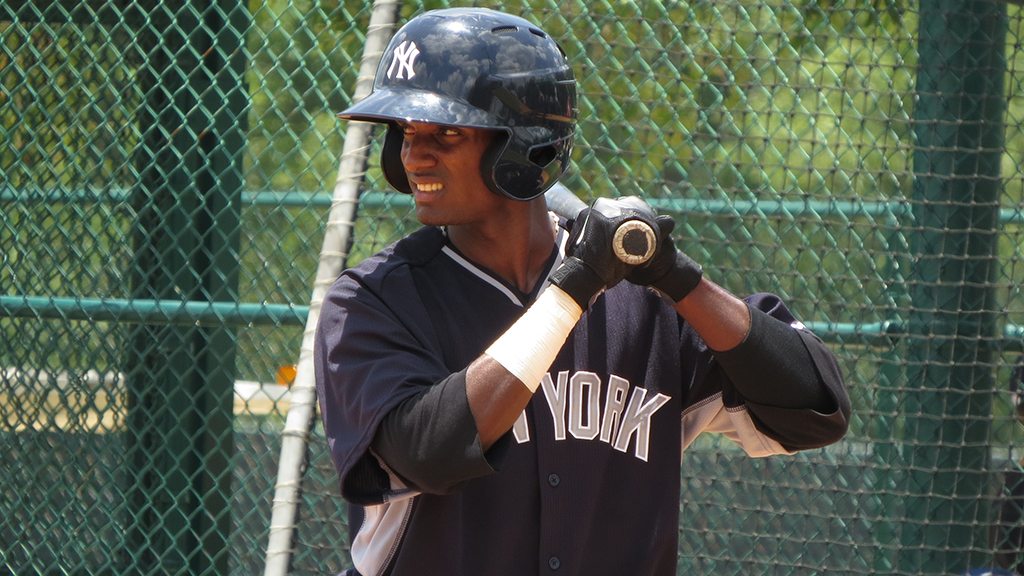 Greidy Encarnacion had 2 hits and scored twice in the game. (Bryan Green)

It was not a good day for the pitchers of the GCL Yankees 2, as they were lit up by the Pirates 11-4 at the Pirates’ complex. Starter Jordan Ovalles allowed seven baserunners in four innings, and three of them scored, but the real damage came against Cuban Omar Luis. He was tattooed for six runs on six hits, plus two walks, in only 1.1 innings. The Yankees 2 did not come close to erasing the deficit those two pitchers created.

Luis was a significant investment by the Yankees, a kind of last hurrah before spending rules limited them in the international market. As a left-hander with four potentially above-average pitches, Luis commanded a $4 million bonus. Thus far, Luis has performed to the cliché: million-dollar arm, ten-cent head. His time in the organization will likely end this season, and it may not last the summer if he doesn’t show immediate progress.

The four runs from the offense came courtesy of a two-run Yancarlos Baez double and an RBI single from Andy Diaz. Griffin Garabito scored the fourth run on a Renzo Martini single and an error by the Pirate right fielder. Martini and center fielder Greidy Encarnacion each had two hits for the Yankees, and Encarnacion also stole two bases.

The GCL Yankees 1 were rained out against the Braves in Tampa, and no makeup date was announced.