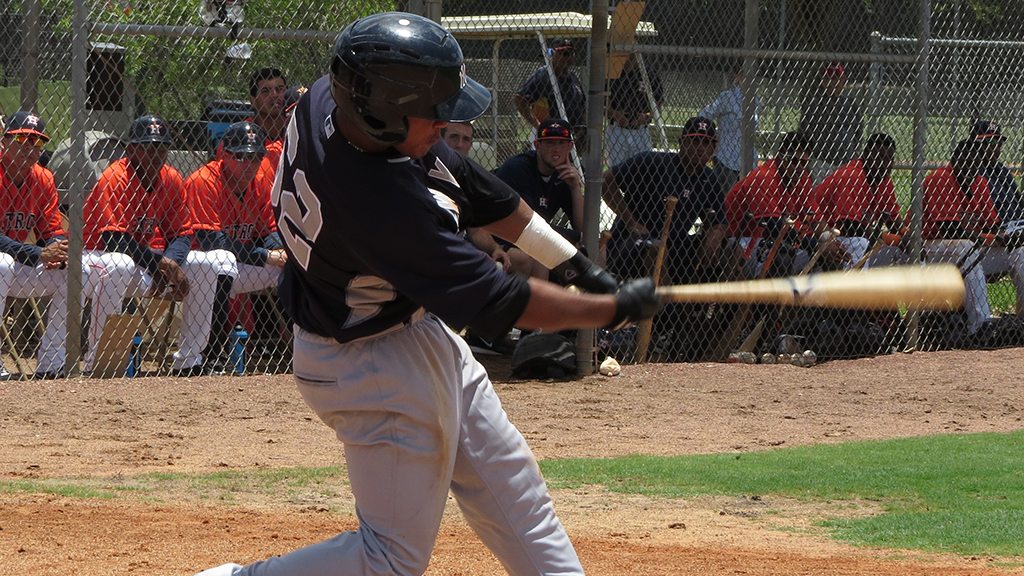 The GCL Yankees 2 had so much fun walking off with a win on Tuesday that they decided to do it again on Wednesday, topping the Blue Jays 5-4 in Tampa.

With the game tied at four in the bottom of the ninth, Griffin Garabito singled with one out. He then stole second and advanced to third after walks to Renzo Martini and Pedro Urena. With two outs and a chance to push it to extra innings, the Blue Jay shortstop made a throwing error on a Dominic Jose ground ball that allowed Garabito to score the winning run.

The Yankees 2 had three extra base hits in the game, all triples, and they came from Yancarlos Baez, Dominic Jose, and first baseman Brian Reyes. The latter two each had two hits apiece. They also got a very good start from Gilmael Troya, an 18-year-old from Venezuela who had made five very effective appearances in the Dominican Summer League before the start of the Gulf Coast season. Wednesday’s four scoreless innings brought his combined ERA to 0.96 in 28 innings. This has become a name to watch this summer.

Gean Batista went 3.1 innings to close the game and pick up the win. He allowed only one hit and an unearned run, keeping his ERA at 0.00 for the young season.

The GCL Yankees 1 were not as fortunate, dropping their contest 8-6 to the Astros on the road. The Yankees 1 led 6-2 until a disastrous bottom of the eighth saw the Astros score six times off of relievers Andrew Chin and Jose Pujols, who took the loss.

The Yankees 1 spread nine hits throughout their lineup, getting knocks from eight different players and RBI from five. Third baseman Donny Sands had two hits, including a double, and drove in two runs. The offense’s other extra base hit was a double from shortstop Wilkerman Garcia, and his appearance is probably the story of the day. Garcia made his debut today after being slowed by injury near the end of Extended Spring Training, and he is one of the higher-profile signings from the Yankees’ July 2 binge last year. Garcia, a 17-year-old from Venezuela, is known for being a player where the whole is greater than the sum of the parts, being that he may not have loud tools but he does everything well. His presence in the GCL adds another exciting middle infielder to follow this summer, joining Yancarlos Baez, Yonauris Rodriguez, Danienger Perez, and Griffin Garabito.