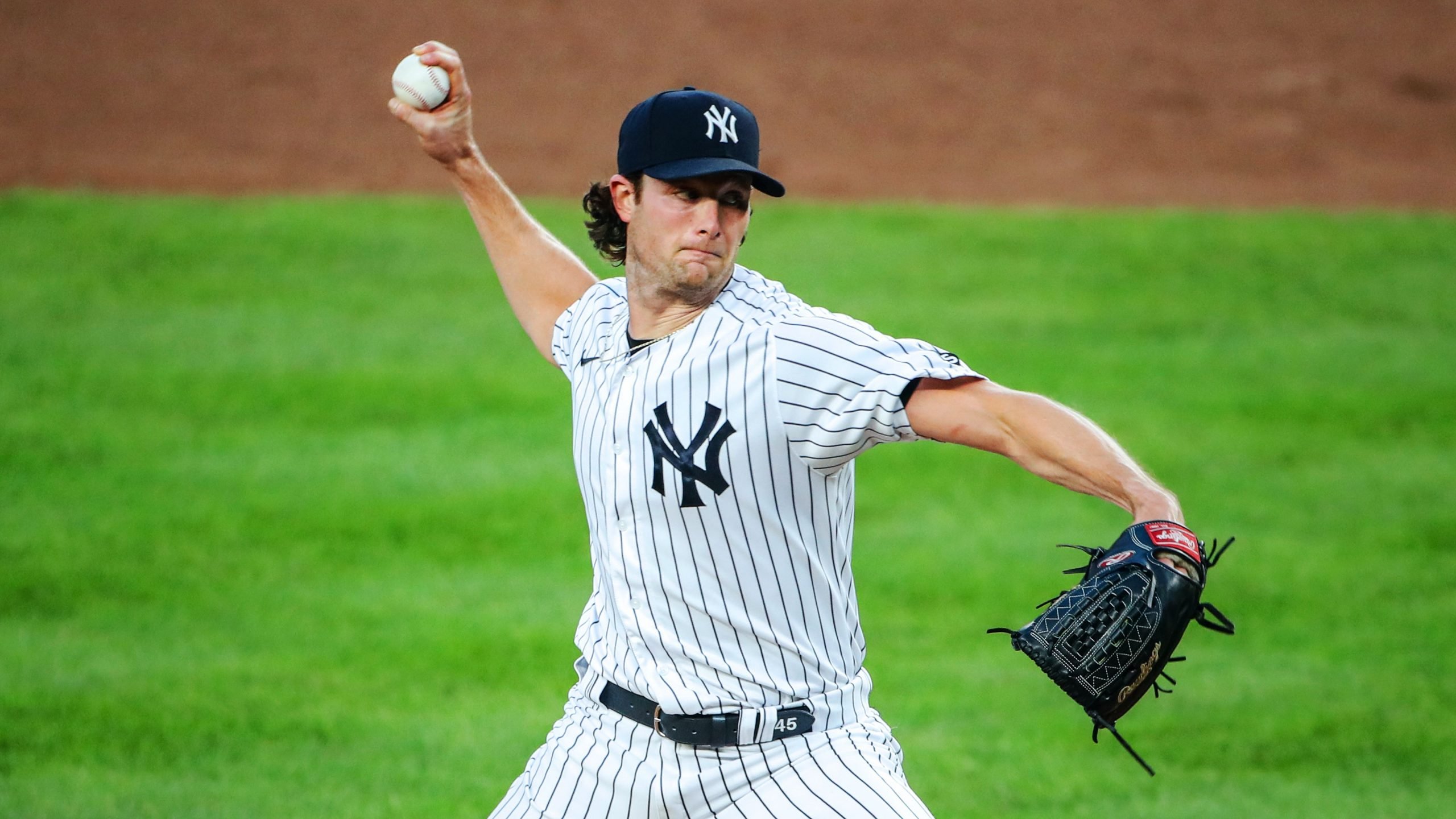 Yankees ace and fan favorite, Gerrit Cole has yet another top ranking. Cole was ranked by MLB Network on Thursday night as the No. 2 starting pitcher in the league heading into Spring Training this season.

Overall in his career (Pittsburgh, Houston, and New York), Cole has been dominant and the ace with each organization he has pitched for. He has a career 101-55 record, with a 3.19 ERA, 1.12 WHIP, and 1,430 strikeouts over the course of 1,268 career innings pitched.

Any team who faces Cole would agree his stuff is dominating and that he attacks hitters from the very first pitch. Yankees catcher Gary Sanchez was quoted stating, “Every single time I’m behind the plate, it’s impressive to see how easy he makes my job. He’s always attacking hitters, always following the plan. It just makes my job really easy,” stated Sanchez. But as Cole would say, “I try to show up and do my job and get my work in every day, keep pressing forward.”

One characteristic that always stands out to coaches is Cole’s work ethic and the way he’s never fully satisfied with an outing, always finding something to work on next to improve his mechanics, velocity, or delivery.

Cole looks to continue dominating in 2021, what fans hope will be a full season, if COVID-19 allows.

For Yankees fans, they hope to finally get their first in-person look at Cole in pinstripes should fans be allowed in ballparks when the time comes to here everyone’s famous two words – “PLAY BALL!”