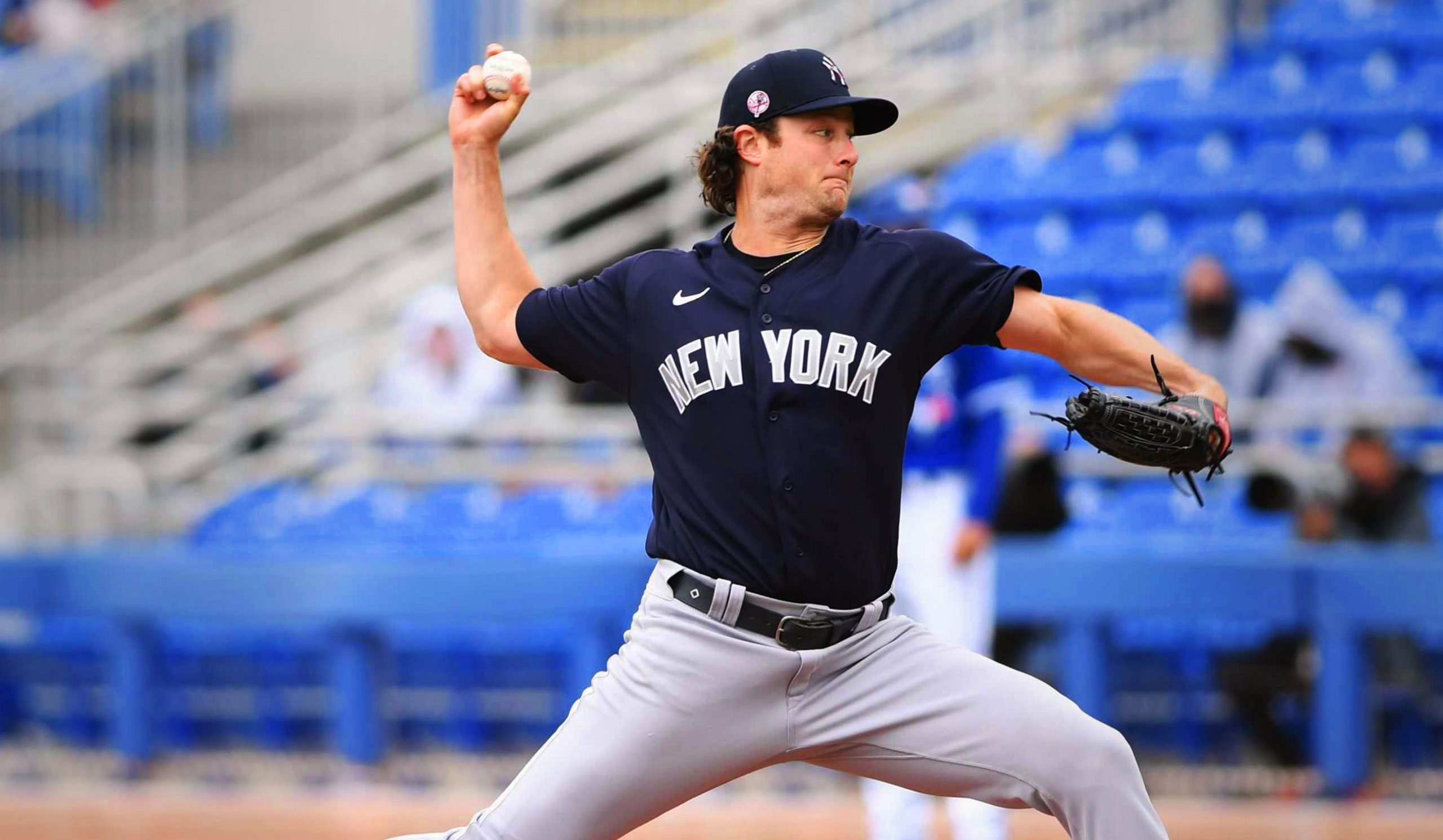 The Cole train was speeding full steam ahead on Sunday as the Yankees defeated the Blue Jays 8-3 in Dunedin and Gerrit Cole picked up his third win of spring training.

Gerrit Cole is showing that he is fully ready for opening day as he continued to dominate on Sunday afternoon. Cole threw 5.0 innings and allowed just four hits, one run, one walk, and one home run. He cruised his way to eight strike outs on 78 pitches thrown. He averaged 96.7mph with his fastball, but was touching 100 mph.

“Gerrit was great,” said Manager Aaron Boone. Had everything going, stuff-wise was really good. I think he had a good amount of adrenaline going, got his pitch count up to where it needed to be, and I thought really executed all of his pitches in a pretty good fashion.”

Cole said after the game Sunday that he’s one start away from being built up and that he’s had as normal of a spring he’s ever had throughout his career.

Gerrit Cole handed the ball over to his bullpen in the sixth inning, and they continued to dominate on the mound. Asher Wojciechowski struck out three in 1.1 innings pitched, Lucas Luetge struck out two, Addison Russ struck out one, and Nick Groody struck out a pair as well as the Yankees bullpen struck out 15 Blue Jays on their way to a Yankees exhibition win.

Lucas Luetge has impressed this spring. Over seven games played in and 7.2 innings pitched, he has struck out 15, has just a 2.35 ERA and a 1.04 WHIP. He is making a case late in spring for a roster spot or spot at the alternate training site. He spent the 2020 season at the Oakland Athletics’ training site.

Goody, who was initially drafted by the Yankees in 2012, returns to the Yankees in 2021 after being signed to a minor league contract in 2021. He struck out two on Sunday. Over the course of 5.2 innings pitched this spring, he has five strikeouts and a 1.59 ERA.

The Yankees offense also continued to heat up on Sunday. They combined for 12 hits and eight runs, with three RBI’s coming off the bat of Thairo Estrada, who hit a three-run home run in the third inning. Estrada needed a break out game, as he is batting just .190 with a .594 OPS this spring.

Clint Frazier also continued to make a case for making the team, going two-for-four with two RBI’s and a run scored. He is batting a strong .321, with a .958 OPS.

Luke Voit was also two-for-four on Sunday, scoring run. Voit doubled in the second off of Roark.

Today was about breakthrough performances as Tyler Wade’s bat also came alive. Wade was two-for-four with an RBI.

Voit and Wade also had great performances in the field, turning two double plays together over the course of the game.

The Yankees will return to George M. Steinbrenner Field on Monday to take on the Philadelphia Phillies at 6:35PM. It will be Jameson Taillon taking on Aaron Nola under the lights.