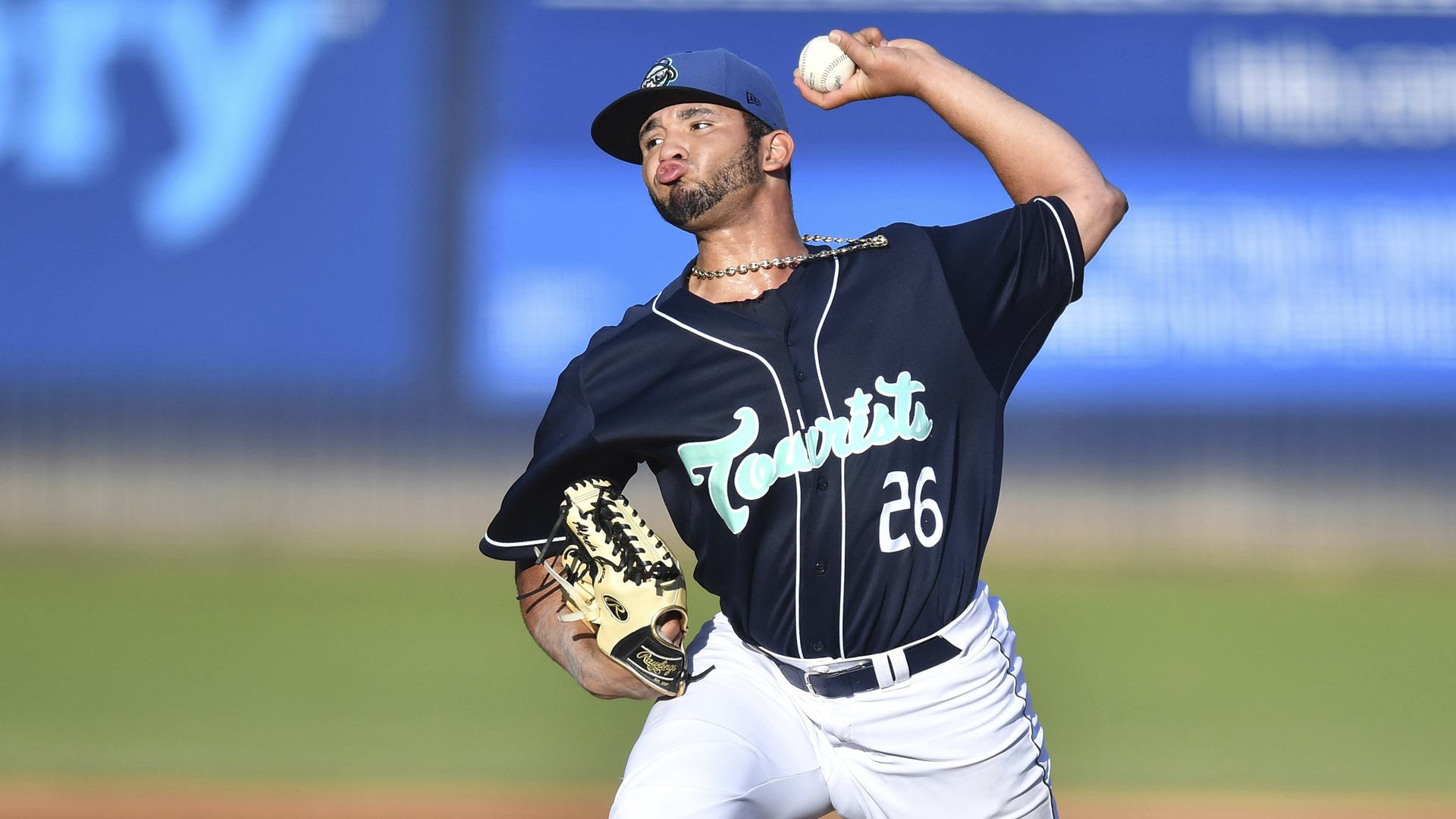 Asheville Tourists starting pitcher Alfredo Garcia (26) delivers a pitch during a game against the Columbia Fireflies at McCormick Field on June 22, 2019 in Asheville, North Carolina. The Tourists defeated the Fireflies 6-5. (Tony Farlow/Four Seam Images via AP)

The New York Yankees made exactly one trade during at the 2019 MLB Trade Deadline.  That was a trade sending right-handed reliever Joe Harvey to the Colorado Rockies in exchange for 20-year-old left-handed pitcher Alfredo Garcia.

Garcia, a 6-foot 2-inch tall left out of Puerto Ordaz, Venezuela was initially signed by the Rockies as an international free agent on July 2, 2016.

At 15-years old in 2015, he was already hitting 91 mph with his fastball, showing some glove-side run as well as a good changeup and a sweeping curveball.

This is what Perfect Game wrote about the young left at the 2015 National Showcase:

Alfredo Garcia-Barrios is a 2016 LHP with a 6-3 184 lb. frame from Puerto Ordaz, Venezuela. Young 15-year-old Venezuelan, eligible to sign this summer, has a very nice young high waisted pitcher’s build that projects extremely well. Measured deliberate delivery, has been well coached, big hip turn and coil and works through it well, long loose arm action, medium effort at release. Fastball topped out at 91 mph, can get the ball glove side and work inside to right-handed hitters, mostly straight with occasional arm side running action. Very nice change up with slider-like cutting action glove side and big fade and sink arm side. Sweeping curveball in the low 70’s has depth. Shows an advanced feel for all three pitches for a 15-year-old. Would have just finished his freshman year in the United States and would likely be the #1 prospect in the 2018 class.

Fast forward several years to 2018 with Colorado’s affiliate in Grand Junction and he added more velocity, averaging 90 miles per hour with his fastball and topping out at 93.

This year he has added even more velocity, now topping out at 95 mph. His spin rate is slightly above the MLB rookie average.  The fastball has shown some good movement, generating rise and some run on the pitch. 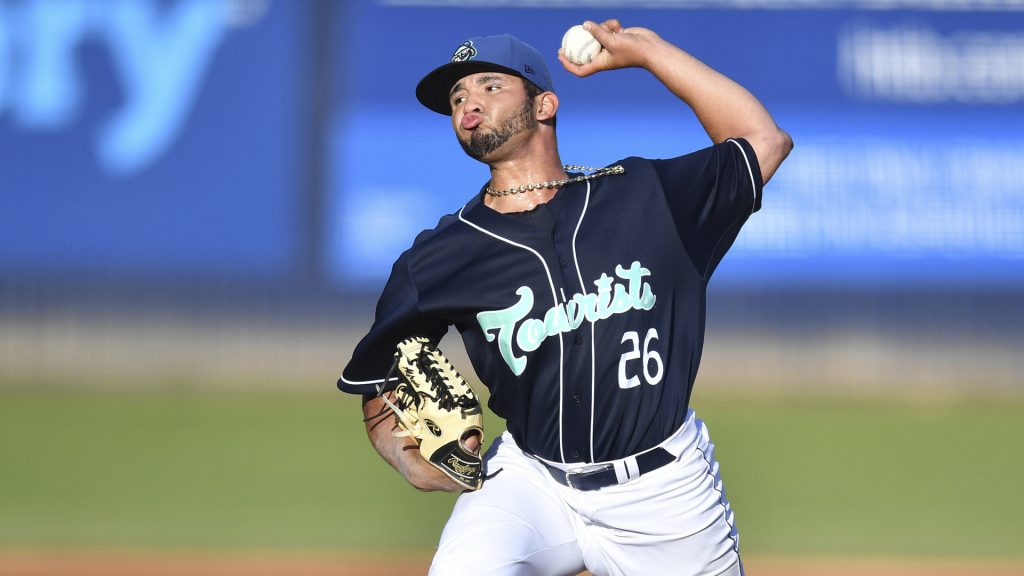 Asheville Tourists starting pitcher Alfredo Garcia (26) delivers a pitch during a game against the Columbia Fireflies at McCormick Field on June 22, 2019 in Asheville, North Carolina. The Tourists defeated the Fireflies 6-5. (Tony Farlow/Four Seam Images via AP)

His changeup is in the mid-80s and has shown to be ahead of his breaking ball.  This season he has spent considerably more time working on his curveball hoping to develop it into a weapon.  He currently throws the pitch in the low-70s.  He has shown the ability to use both to generate swings and misses.

He throws from a three-quarter arm angle, with a quick release from his hand.  He has some deception in his delivery, allowing him to hide the ball until release.

Garcia is joining a Yankees organization that is thin in left-handed pitchers.  They have long been able to develop right-handed pitching prospects, but southpaws have been harder to find.