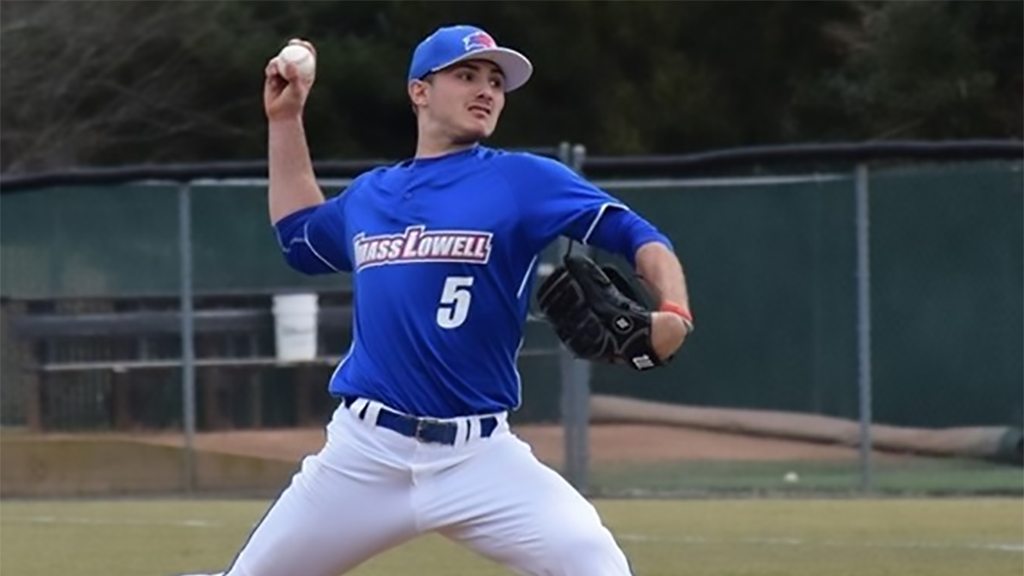 Yesterday Mill City Sports reported that the New York Yankees signed former University of Massachusetts outfielder/pitcher Geoff Degroot as a non-drafted free agent.  We were able to catch up with the former River Hawk to talk about his new journey with the Bronx Bombers.

First I want to say thank you for agreeing to do this interview and congrats on signing a minor league free agent deal with the Yankees.  Were you in contact with the Yankees before the draft took place?

“Yes, I have been in contact with them [the Yankees] for a while.”

Where were you when you got the call from the Yankees?  Were you surprised that they offered you a contract?

Going to college in the Lowell area you have been to and played at the ballpark up there, is it sort of surreal to now be a Yankee in the heart of Red Sox country?

“The ballpark in Lowell was my home field at Umass Lowell for the past four years. I loved playing at Umass Lowell and Lelacheur Park. I’m very excited to be playing for the Yankees now though.”

Tell us a bit more about yourself.  You played outfield in college but do you play any other positions?  Who do you model your game after?  Describe your approach at the plate.

“I came to UMASS Lowell as a shortstop and played there my freshman year, then moved out to centerfield towards the end of my sophomore year. I have signed on to be a pitcher with the Yankees and am looking forward to start my career on the mound. I have always tried to model myself after my favorite player, Derek Jeter.”

Special thanks to Joshua Kummins for the tip.