Get To Know Yankees 34th Round Pick Andrew Miller 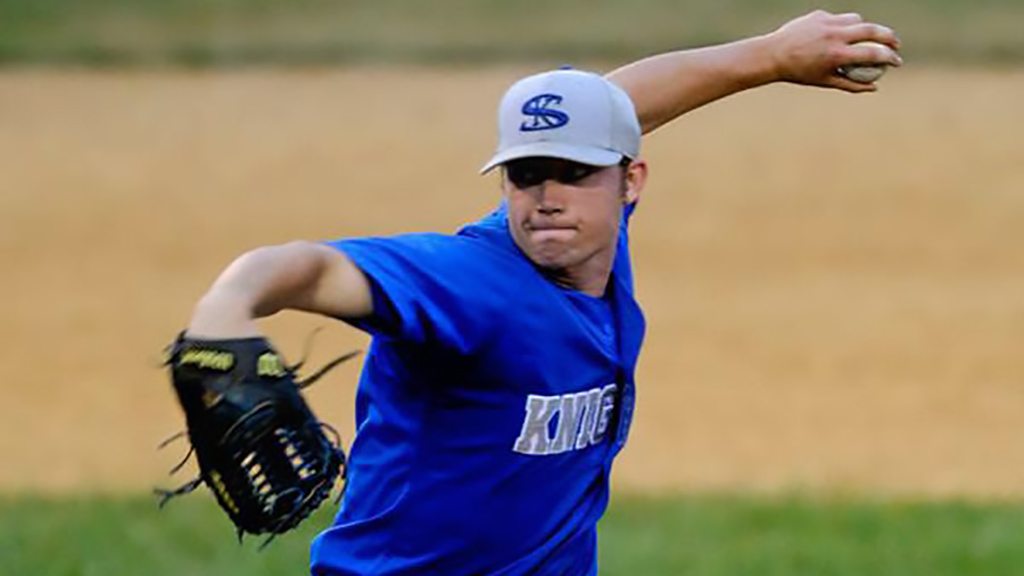 The Yankees drafted left-handed pitcher Andrew Miller in the 34th round of the 2015 First-Year-Player Draft out of Sterling High School in New Jersey.  Miller, 19, is committed to play baseball at the University of Maryland but the Yankees liked his stuff at a recent workout to draft him this year.  We caught up with him to get his thoughts on the draft and learn more about him.

Thank you for agreeing to participate in this interview.

First how did you find out that the Yankees drafted you?
“I was at my American legion game and I was warming up with my teammate from high school Ryan smith. I walked back into the dugout and checked my phone and my advisor texted me saying the Yankees drafted me in the 34th round.”

You recently worked out for the Yankees at their minor league ballpark in Staten Island, what are your impressions of the stadium and the Yankees from that experience?
“That was my second time throwing there so I felt comfortable once I got there. I threw there for my east coast pro workout so it just brought back such good memories. “

You have previously tweeted that you still plan on going to the University of Maryland no matter where you might be drafted.  Is that still the plan?
“It all depends what happens this summer. The Yankees plan on following for the next month or so and we will see what happens. Since I don’t have an offer on the table, I plan on attending the University of Maryland at this point in time.”

We would like to introduce you to the Yankees fans, can you give us a little breakdown on yourself.  What type of pitches to you throw?  How would you describe your approach on the mound?
“I throw a fastball, changeup, and a slider. Was previously up to 91-93. My approach on the mound doesn’t change for any game. When I get on the mound, I get zoned in and know that I can get the job done no matter who is batting. “

Tell us a bit more about you, who is your favorite player and why?
“My favorite player is Cole Hamels. Always admired him growing up as a Phillies fan. Now the tides have turned and I am now a Yankee. I have been a 3 year varsity player here at Sterling. Made 1st team all-conference for outfield my junior year. Made 1st team all-conference for pitching, all south jersey, and the carpenter cup this year as a senior.”