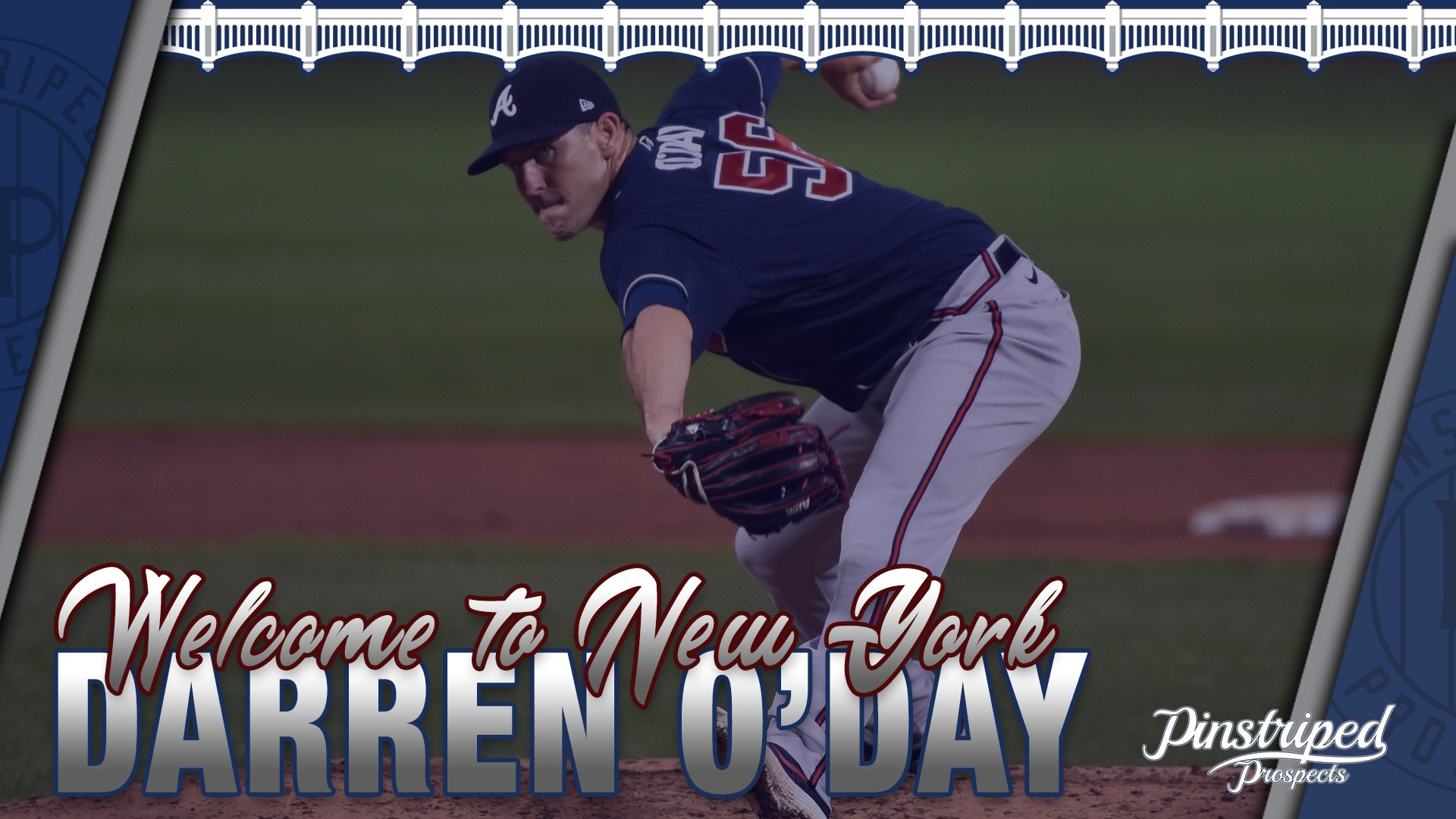 The New York Yankees announced on Wednesday that they have officially signed right-handed pitcher Darren O’Day to a one-year contract that extends through the 2021 season with a player option for 2022. Should O’Day decline the player option, there is a club option for 2022 as well. The Yankees also announced that to make room O’Day on the 40-man roster, they have designated right-handed pitcher Ben Heller for assignment.

Prior to signing with the Angels, as a Senior at the University of Florida, O’Day had the lowest earned run average (2.91) among Gator pitchers and was named to the National Collegiate Baseball Writers Association (NCBWA) Stopper of the Year Watch List. He was 3-2 his senior season and collected eight saves, recording 52 strikeouts over the course of 55.2 innings pitched in 2006 for the Gators. He was also an SEC Pitcher of the Week in February 2006.

O’Day was a 2015 American League All-Star with the Baltimore Orioles, a 2007 AFL rising Star with the Surprise Rafters, a 2007 Cal Mid-Season All-Start, and a 2007 CAL Pitcher of the Week.

In 2020, O’Day, the sidearmer from Jacksonville also ranked 16th in the National League with four wins. According MLB.com’s Bryan Hoch, O’Day is known to be tough on right-handed batters, limiting them to just a .186 batting average since 2009.

The signing of O’Day bolsters the bullpen for the Yankees. It is expected that O’Day, husband to CNN journalist Elizabeth Prann, and father of three, will play a role in later innings alongside Chad Green, Zach Britton, and Aroldis Chapman.

O’Day will be an exciting addition to the Yankees bullpen and it will be interesting to see exactly how the later innings shape out for New York as the season progresses.