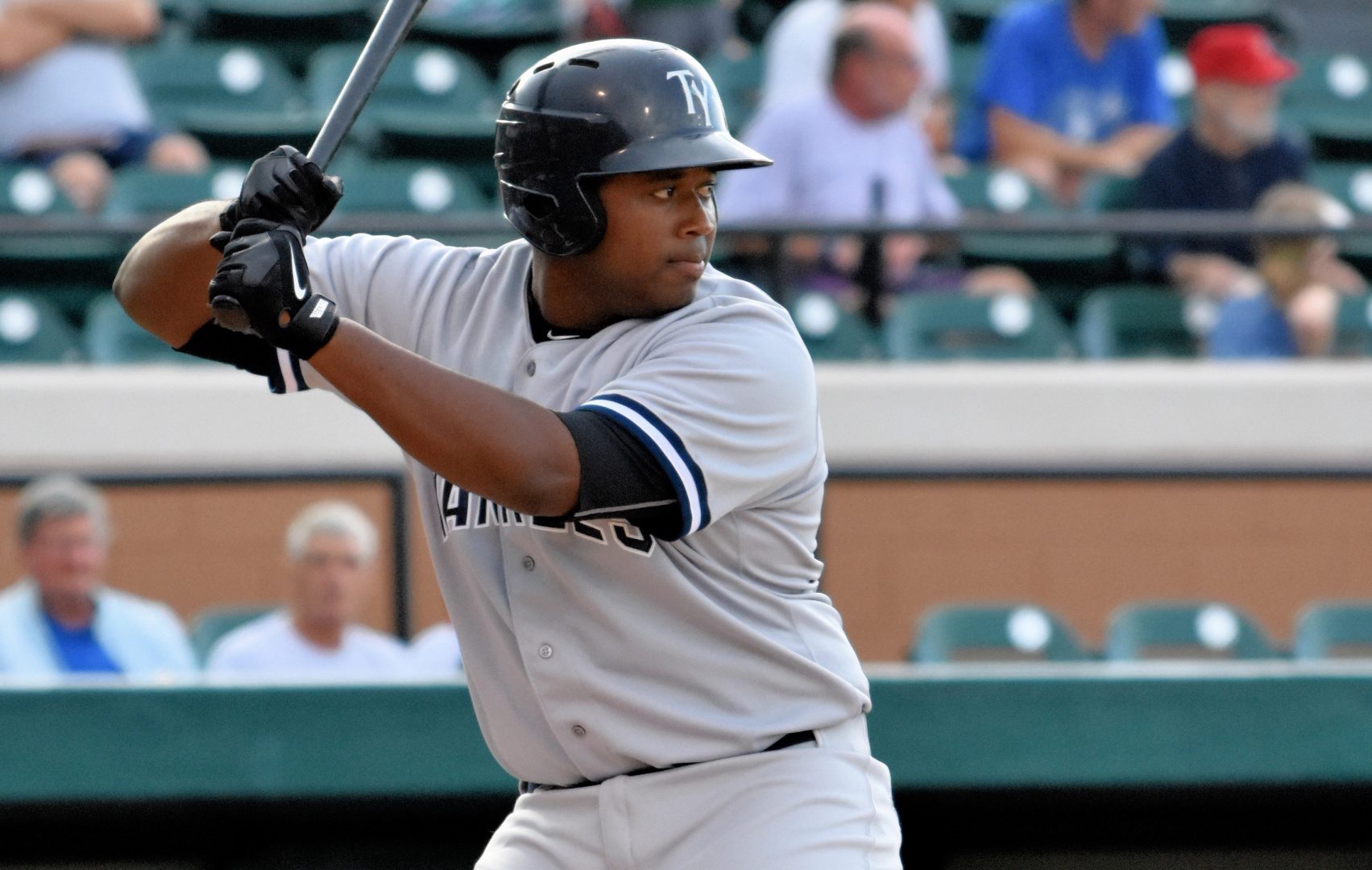 DUNEDIN, Fla. – Jhalan Jackson hit a game tying three-run home run in the top of the ninth, but the Tampa Yankees (10-16) watched the Dunedin Blue Jays (15-11) celebrate after Max Pentecost hit a walk-off RBI single in the bottom of the inning for a 5-4 win on Tuesday night at Florida Auto Exchange Stadium.

All four of Tampa’s hits went for extra-bases, with Chris Gittens adding a double and his first home run while Jorge Mateo tallied his third triple of the season.

Domingo Acevedo dealt a season-high seven innings in his fifth start of the season. The right-hander collected a season-high 10 strikeouts while extending his walk-less streak to 20.1 consecutive innings.

After quickly retiring the first two batters in the bottom of the first inning, Acevedo surrendered a double off the wall in left-center by Pentecost. An error by Mateo allowed Danny Jansen to reach, prolonging the inning for Lane Thomas to crush a three-run home run over the centerfield wall.

Acevedo retired nine of the next 10 batters he faced, cruising into the fifth inning. Jansen hit a leadoff single and Andrew Guillotte reached on an error by second baseman Nick Solak, but the runners were left aboard as Acevedo struck out the side.

Ryan Borucki made the start for Dunedin and struck out the first seven batters he faced. The southpaw totaled eight punch-outs while retiring all 11 batters in three and two-third perfect innings before being lifted for RHP Ryan Cook in the fourth.

Gittens broke up the Dunedin perfect game bid by crushing a leadoff, opposite-field home run over the right-centerfield wall off Cook in the top of the fifth.

The Blue Jays regained a three-run lead when Connor Panas belted a solo home run off the batter’s eye in centerfield with two outs in the sixth.

Acevedo finished his outing by adding his 10th strikeout in a 1-2-3 seventh. The 23-year-old allowed four runs (one earned) on five hits and threw 71 of 94 pitches for strikes in a no-decision.

Gittens and Solak both drew walks against Cook in the seventh, bringing Jackson up as the potential tying run with two outs. Dunedin summoned former Tampa Yankee Philip Walby from the bullpen and the right-hander got Jackson to groundout. Walby played parts of the last three seasons with Tampa before being released last summer.

Jackson would not miss his second opportunity.

Dunedin brought in closer Andrew Case (BS, 1)(W, 2-1) in the ninth. Gittens lined a one-out double to the wall in right-center. One out later, Solak drew his second walk of the game. Jackson clobbered a 2-2 pitch well over the wall in left-center, tying the game at 4-4.

Pinch-hitter Cavan Biggio legged out a one-out infield single. Schwaab then hit D.J. Davis with a pitch. Guillotte hit a groundball to shortstop and beat Solak’s throw to first after Davis was forced at second. After Guillotte took second on defensive indifference, Tampa intentionally walked Juan Kelly, loading the bases with two outs.

Pentecost popped the first pitch up into shallow center field. Tito Polo raced in, but could not get there in time as the ball fell for a game-winning hit.