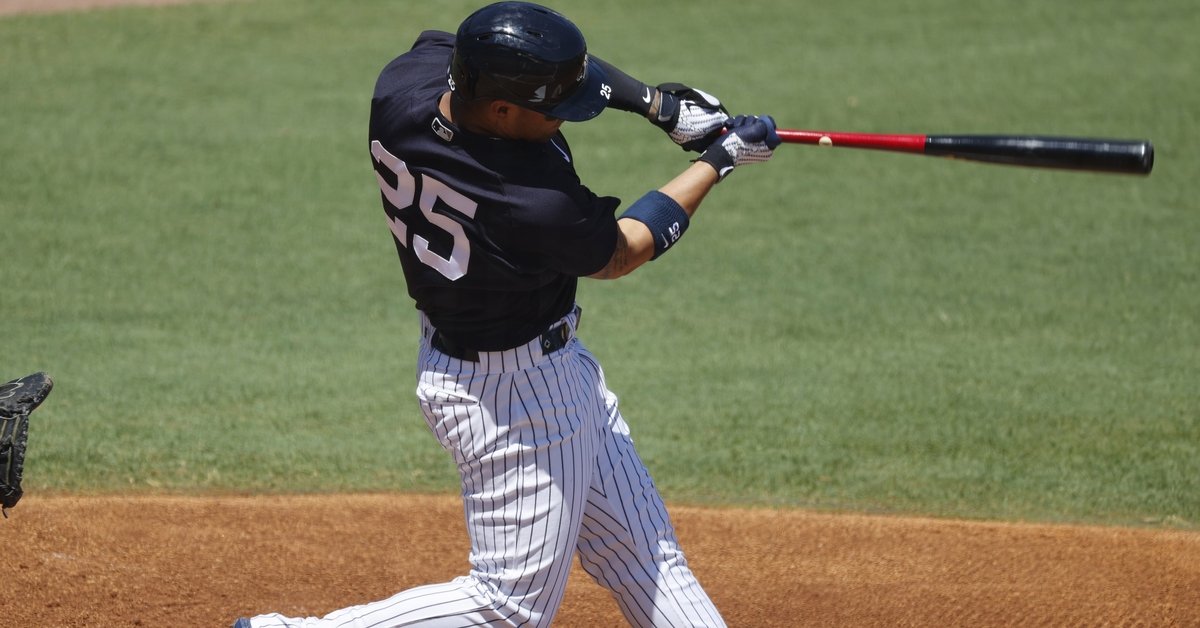 It was Gleyber day in Tampa as Gleyber Torres dominated with a 3-for-3 day, hitting a double, two home-runs, collecting three RBI’s and two runs scored in the Yankees’ 5-1 win over the Blue Jays on Saturday.

HAVE A DAY, GLEYBER! pic.twitter.com/BG9YxXqw8p

The Yankees offense combined for twelve hits on Saturday but it was Torres and Mike Ford leading the way. As mentioned above, Torres had a extraordinary 3-for-3 day, but Mike Ford’s bat was also strong and alive, going four-for-four with an RBI and two-runs scored for the Yankees. Ford join Torres in the home run column hitting his first dinger of spring in the seventh inning off of Bergen with no one on and no outs.

4th hit of the day for Ford leaves the yard 💪 pic.twitter.com/vhTuDCkgDf

Gio Urshela was one-for-four Saturday with a triple. Higashioka had a hit, along with Socrates Brito, who was one-for-one.

Minor Leaguer Estevan Florial also had a strong day at the plate, going two-for-four with an RBI. The young 24-year old prospect is batting .308 with a .615 OPS this spring.

Florial’s first hit of the day came in the second inning and it was a bullet that bounced hard off of the top of the right field wall at George M. Steinbrenner field that almost got out for a home run. The ball sped off of Florial’s bat at 105.5 mph according to Yankees Player Development.

105.5 MPH off the bat of OF Estevan Florial. pic.twitter.com/xubBoo7Oha

Florial is an extremely talented young player who has a lot of promise and a chance to maybe even make his MLB Debut in 2021.

Yankees pitching on Saturday gave up just one earned run on three hits and struck out seven.

The Yankees will head to Clearwater on Sunday for a 1:05 pm EDT matchup with the Phillies before returning to George M. Steinbrenner Field for one last spring training on Monday, a 1:05pm EDT matchup against the Detroit Tigers.

Corey Kluber will make his final start of spring on Sunday. He is 1-0 this spring with a 1.86 ERA and nine strikeouts. He will face off against Zach Wheeler (1-2, 5.94 ERA) for the Phillies.

On Monday it will be Domingo German (0-0, 0.00 ERA) taking the mound for his final spring tune up in Tampa. He has pitched nine scoreless innings so far this spring and has struck out thirteen, making a very strong case for a roster-spot on the Yankees’ opening-day roster.

It will then be time to pack up and head back to New York for the start of the regular season this week when games begin to count for real.