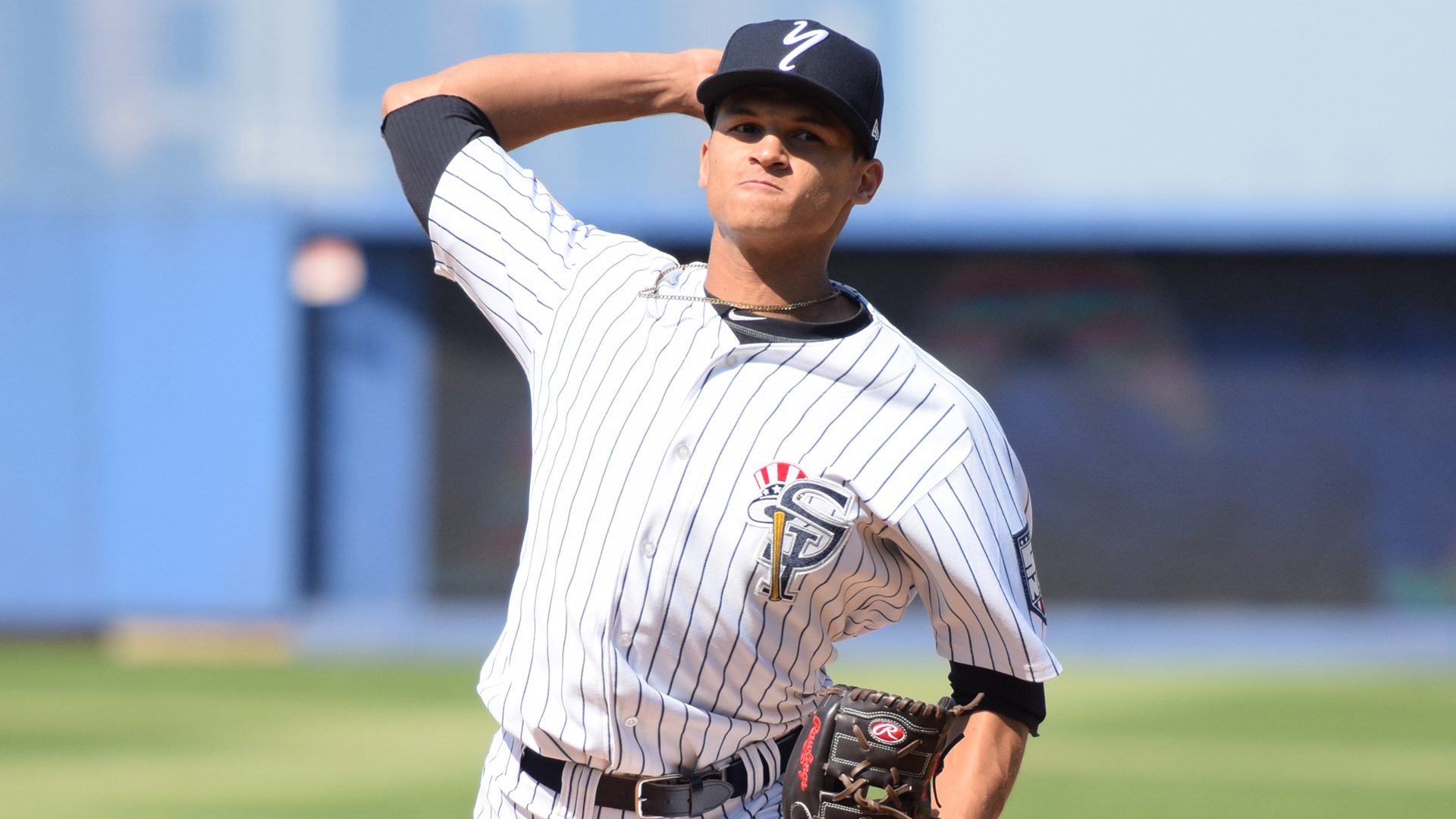 It was not long ago that the Staten Island Yankees and Vermont Lake Monsters met in a best-of-three series up at Centennial Field in Burlington, Vermont but tonight, July 1.  These two teams will once again face off.

After taking 2 out of 3 from Vermont June 25-June 27 the Yankees are looking to keep their winning ways going as they have yet to lose a series so far this season.  Just like in the opener of the last series the Yankees are expected to send out Anyelo Gomez out to the mound.  Gomez, 23, threw just 3 1/3 innings in the first game he faced the Lake Monsters, allowing 5 runs, 4 earned, on 2 walks and 4 hits.  He also struck out 5 in that game.  All together the 9 Vermont batters Gomez faced hit for a .286 average against him.

On the mound for the Vermont Lake Monsters will be 21-year old Xavier Altamirano who has already faced the Yankees in 1 game this season.  In that game, on June 26, he held Staten Island to 2 runs, 1 earned, on 4 hits and a walk while striking out 3 batters.

At the plate, the Staten Island Yankees are being led by outfielder Timmy Robinson, who is hitting .222 in 9 at-bats against the Lake Monsters this season.  Overall this season he is hitting .342 and leads the NY-Penn League with 13 RBIs.  First baseman Kane Sweeney leads the Yankees and the NYPL in walks with 11 while Ricardo Ferreira is the league leader in stolen bases with 8.  Six of the Yankees regulars in the lineup are hitting above .300 with Dalton Blaser just below at .297.

Out of the bullpen, we could expect to see David Sosebee and Justin Kamplain, both pitched in relief of Gomez in the game on June 25.  Kamplain held Vermont to 1 run over 3 innings, striking out 2 and allowing 2 hits.  Sosebee allowed 2 runs, 1 earned in 1 2/3 innings of work on a walk and 3 hits.

The Lake Monsters are led by Luis Barrera at the plate.  The 20-year old out of Tamboril, Dominican Republic is hitting .277 in 13 games this season and drove in 9 runs on 20 hits, 4 doubles, and a homerun.  First baseman Miguel Mercedes, 20, is hitting .370 in 14 games for Vermont, including 7 hits against the Yankees in their last series.  Overall he is hitting .363 against Staten Island pitching.

Game time tonight is 7:00pm, the first 2,500 fans through the gates at the Richmond County Bank Ballpark will receive a Greg Bird bobblehead and after the game, all fans will be treated to a fireworks display.