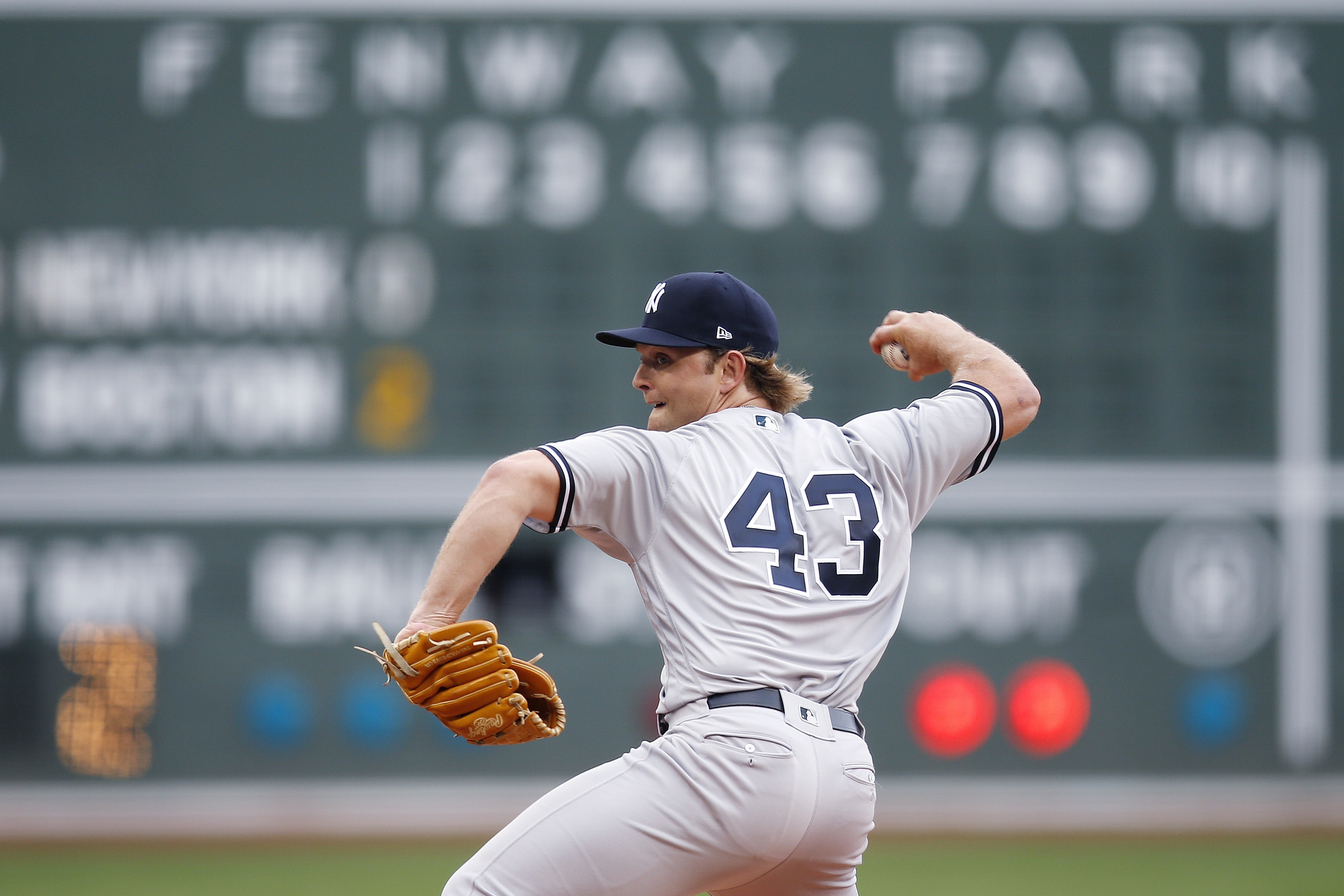 After a breakout season in 2017, Chance Adams finally got his shot in the Majors on Saturday, August 4, 2018, in Boston against the Red Sox. It seems that offseason surgery was the culprit of Adams’ slow start to begin his 2018 campaign. Pitching for the Scranton/Wilkes-Barre RailRiders (Triple-A), Chance has made 21 starts going 3-5 with a 4.50 ERA. The Scottsdale, AZ native is coming off the heels of a 7.1 two-hit outing at the Rochester Red Wings.

Adams gave the Yankees a chance to win a ballgame the team desperately needed against the first place Boston Red Sox. He kept the Yankees in the game and gave them much-needed distance from a starter to rest a taxed bullpen. Chance flat out competed. The Dallas Baptist alum forced Boston to swing the bat and put balls in play as he only walked one through five innings. He also retired nine straight for a stretch from the bottom of the first to the bottom of the fourth inning. 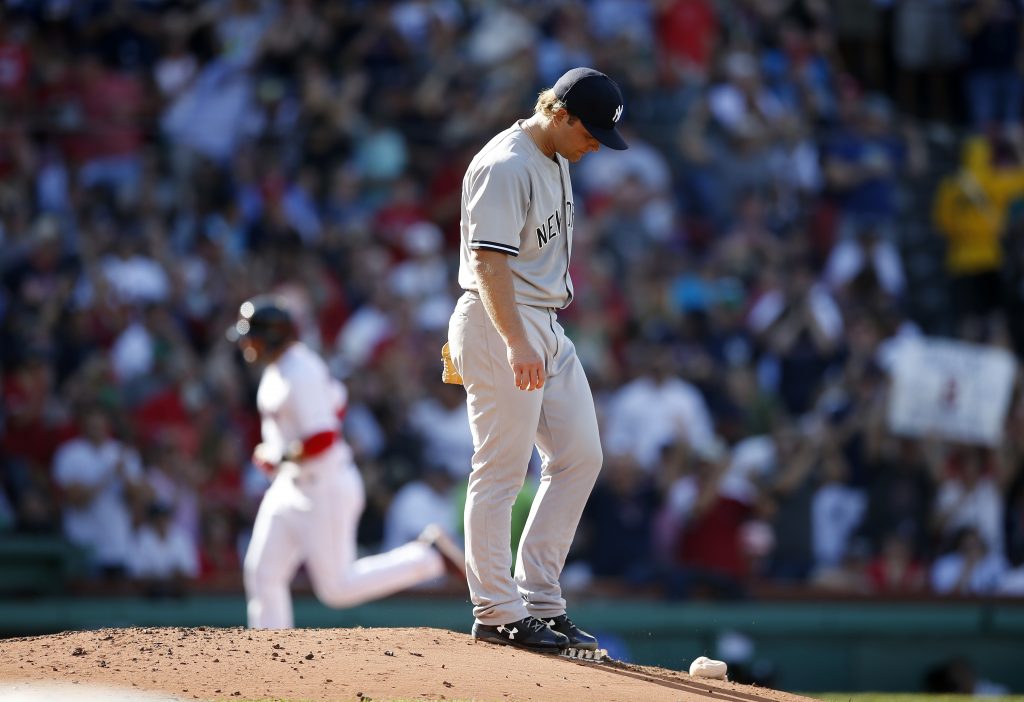 The home run ball plagued the right-hander in Saturday’s start. Out of the three hits he permitted, two left Fenway Park. Mitch Moreland put Boston on the board with a two-run dinger in the first inning and then J.D. Martinez went deep for a solo shot in the fourth, collecting his 33rd homer of the season. Chance went seven for 18 in first pitch strikes. He will need to work on getting ahead of hitters in his next big-league opportunity, or the hitters will begin to take advantage. 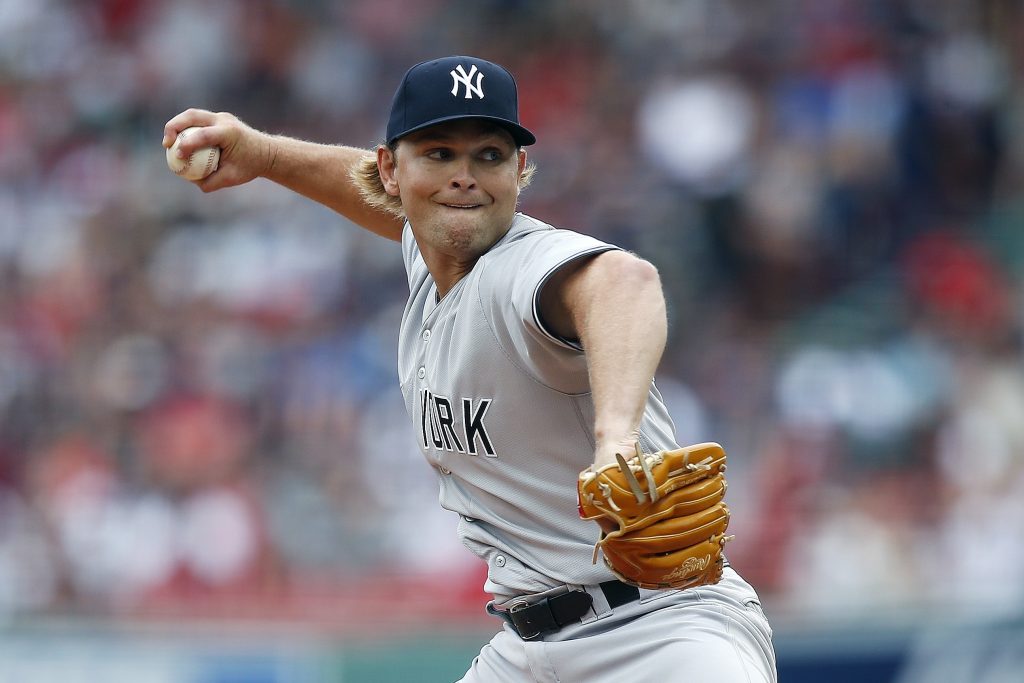 Overall, I give Adams a B+ in his debut. He faced a Boston lineup that is the best in all of Major League Baseball in scoring runs, averaging over a whopping five runs per game. His fastball sat 91-94 miles per hour, his slider from 81-84 miles per hour and his curveball from 76-79 miles per hour. The 23-year old didn’t use his changeup and went to his curveball more than his slider.

The Yankees 2015 fifth-rounder threw strikes, in fact, he threw 54 out of 77 pitches in the zone. He did a great job of keeping the ball on the ground as well – which will bode well for him in the future at Yankee Stadium. Six Red Sox grounded out in comparison to two that flew out.

What does the future hold? Personally, he should stay in the majors and be placed in the bullpen. He is better than A.J. Cole and Luis Cessa stuff-wise. I think having big league exposure will help his development, especially going back to his roots as a reliever. He can help this team win now and should be given an opportunity to prove that. Thanks to the Adam Warren blunder of a trade there is a huge hole in the pen for a reliable long man and a low-leverage situational guy. Adams is the perfect fit.