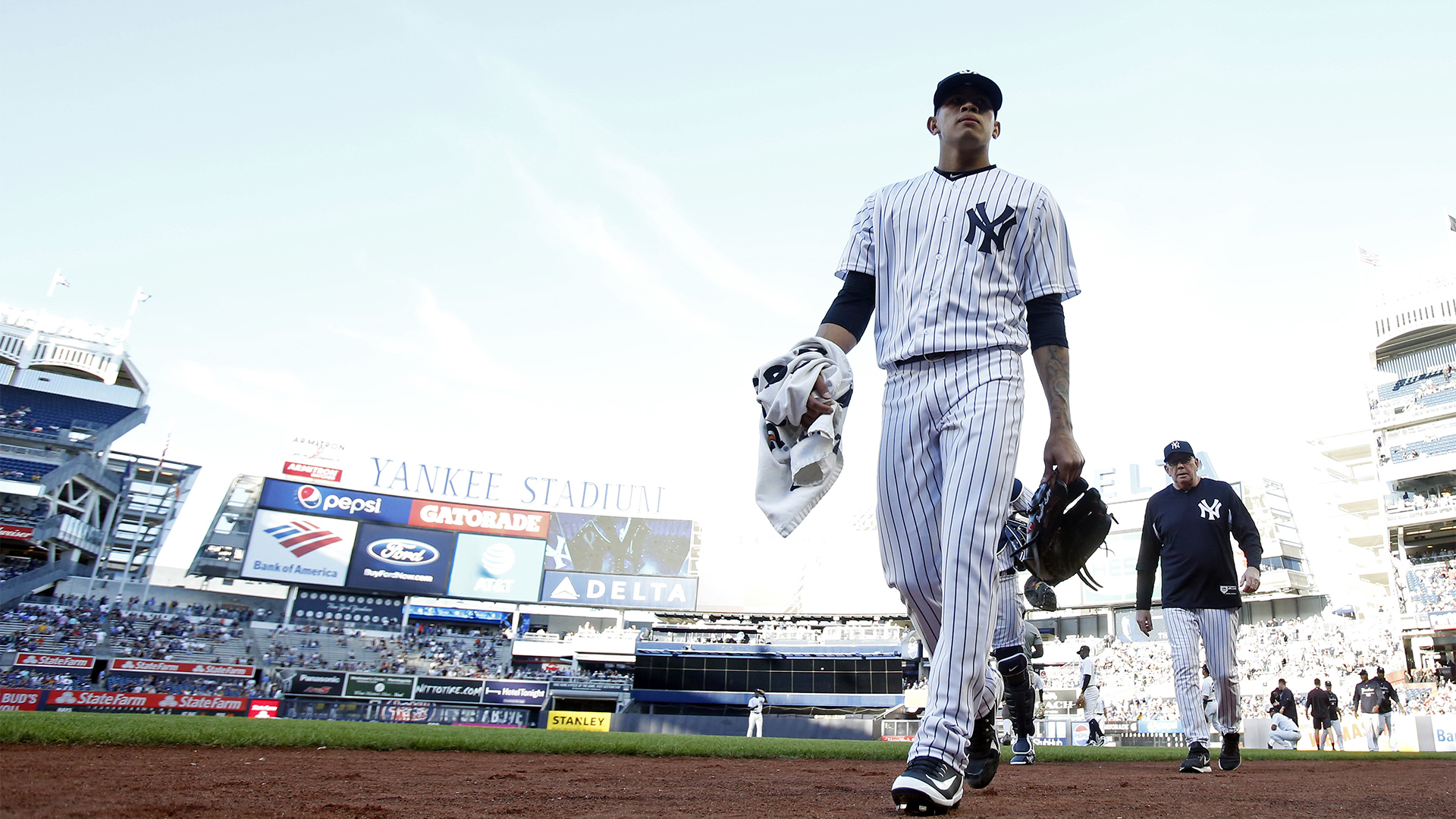 Manager Aaron Boone announced on Tuesday that rookie starting pitcher Jonathan Loaisiga will make his MLB debut and start tonight’s game against the Tampa Bay Rays. The 23-year old is an incredible story as he didn’t pitch a game above Staten Island (Single-A Short-Season) until this year.

The Nicaraguan was the 15th player from his country to play in a  big league game. Loaisiga is 3-0 with a 1.35 ERA in his last four starts with the Trenton Thunder (Double-A). After missing the 2014 and 2015 seasons, the San Francisco Giants gave up on the youngster. The Yankees are reaping the rewards of the Giants mistake as Loaisiga skipped Triple-A and posted a 14.5 K/BB ratio, which was the second highest K/BB rate in all of Minor League Baseball. 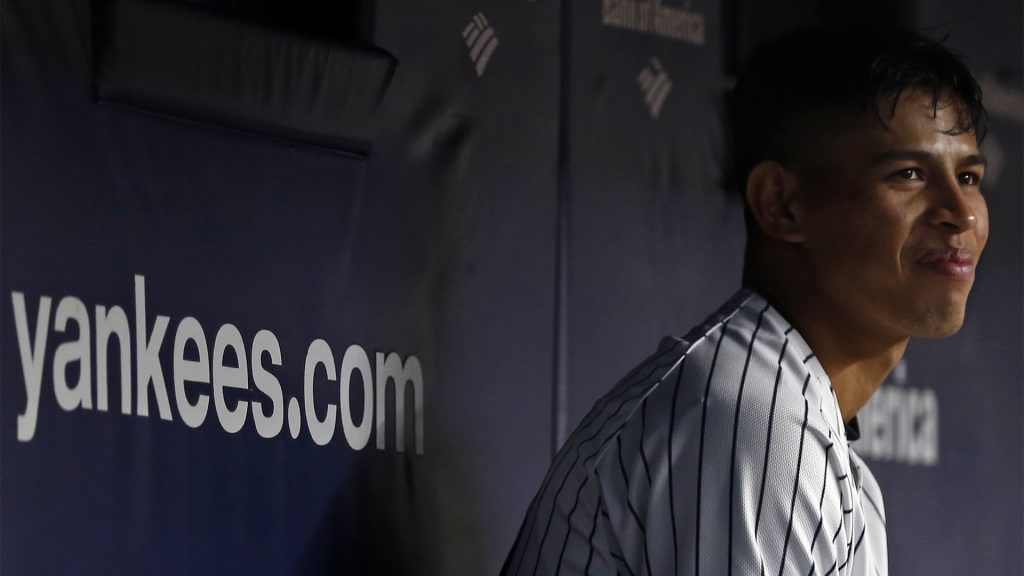 Jonathan’s makeup, confidence, and mental approach were off the charts. He showed a very advanced plan of attack, and it resulted in a lot of success in his MLB debut.

Stuff-wise, all three pitches flashed potential plus grades. The fastball sat in the 95-98 mph range, his circle changeup was 86-89 mph, and Loaisiga’s slider was between 82-86 mph. He pretty much threw any pitch at any time. Loaisiga fired two consecutive slider’s to Christian Arroyo with the bases loaded in the fourth inning. He fired in two strikes with the slider to get ahead 0-2, threw two fastballs, then went back to the slider down and away to strikeout Arroyo. Mallex Smith, the batter before Arroyo, saw four consecutive changeups with runners on first and third.

The Nicaraguan native also struck out six (three on fastballs, two on changeups, and one on the slider) and kept the ball on the ground by getting the Tampa Bay Rays to ground out six times (including two double-plays) to one flyout. That is unquestionably the recipe for success for pitching in Yankee Stadium.

The right-hander made an early in-game adjustment with his slider. In the first couple innings, he would miss out of the zone with the pitch. By the fourth inning, Loaisiga was locating the pitch in the zone. 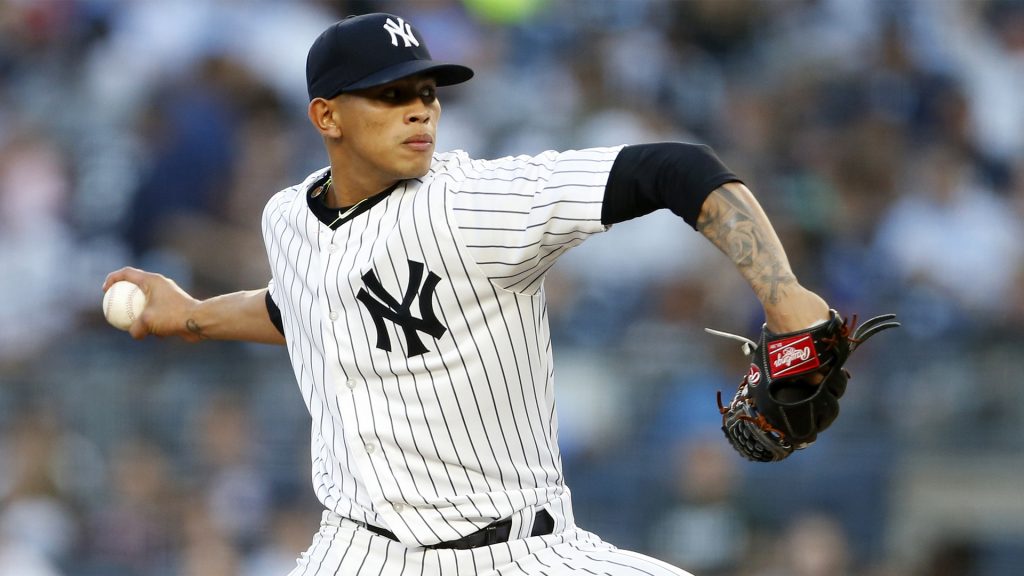 Loaisiga went 13-for-20 in throwing first-pitch strikes. This is an area he could improve upon. However, he battled back to get even 1-1, and then get ahead 1-2.

The 23-year old was semi-predictable in throwing away too often. He will need to keep hitters honest in the future by establishing his fastball on the inner-third of the plate.  Also, he threw two consecutive 2-1 sliders in the third inning to Rob Refsnyder and Danny Duffy.

The fastball was his primary pitch to begin the game so his next opponent may try to ambush him early.

Walks are uncharacteristic for the youngster, so let’s give him a ‘free pass’ for the four walks.

Jonathan Loaisiga earned an A for his debut and a guaranteed second start in the Majors. His fastball is his best pitch followed by the circle change. Jonathan’s change features excellent fade/tail away, making it extremely tough on left-handed batters. His slider is going to be a pitch that continues to develop and flashes plus potential as he generated plenty of swing-and-misses with the pitch. The rookie worked north, south, east, and west of the plate making things very challenging for the Rays.

Overall, Loaisiga is Major League ready. His velocity kept true throughout his entire start, which is very encouraging. He attacks hitters and does not back down. For example, in the fourth inning, he fell behind to Willy Adames 2-0 but battled back to even the count at 2-2. He eventually lost the battle and allowed a single, but he didn’t give in. The future is bright for young Jonathan Loaisiga.