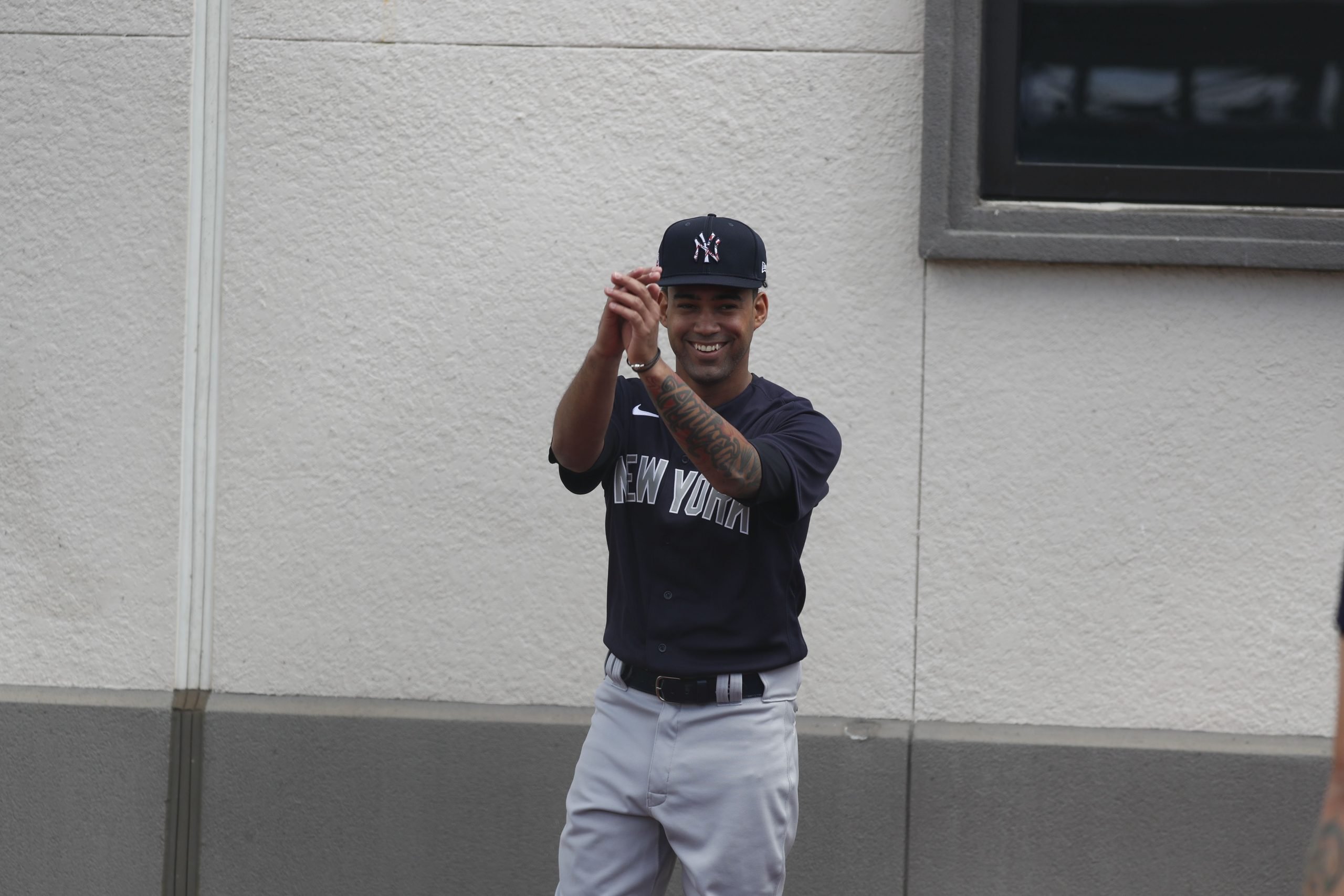 Yankees pitcher Deivi Garcia stretches prior to his outing on March 9, 2021. Photo provided by New York Yankees. All Rights Reserved.

On a beautiful Tuesday afternoon in Lakeland, Florida, Deivi Garcia was masterful in his second start of the spring. Proving to be even bigger was the news that came in the morning just prior to the game when manager Aaron Boone announced that Zack Britton will go for an MRI after experiencing left below soreness during his bullpen session.

The Yankees’ PR Department offered an update following the game on the status of Britton.

LHP Zack Britton is expected to return to New York tomorrow and will undergo orthoscopic surgery to remove a bone chip from his left elbow in the upcoming days. The surgery is expected to be performed by Dr. Christopher Ahmad at NewYork-Presbyterian Hospital.

Britton will miss some time to start the regular season, but the good news is that Tommy John surgery is not required. Either way, though, the injury carousel has begun to turn.

Other than that, there were a number of things to take away from the spring training loss to the Tigers.

In his second start of the spring, Garcia faced the minimum of nine batters while striking out five in three innings of work. The 21-year-old Dominican native looked the part of a potential future ace as he improved on his first outing that saw him allow two homers in two innings against the Phillies.

“One of the things that we wanted to do in this outing was make better pitches… make smarter decisions executing,” Garcia said. “Today there was quality behind the pitches I was executing.”

Garcia is currently competing with Domingo German, who has returned from suspension, for the final rotation spot. The Yankees still have three weeks to decide on that spot to round out a rotation that should include Gerrit Cole, Corey Kluber, Jamison Taillon, and Jordan Montgomery. If Garcia keeps it up, he should get the spot.

Deivi García blows a fastball by Jacoby Jones for his fifth strikeout in three innings.

Bruceeee! Jay Bruce went deep to the opposite field for his second homer of the spring as he continues to make a strong case for an Opening Day roster spot. His power potential and ability to play first base and the outfield makes him a strong candidate for a bench role over other fringe roster guys like Mike Tauchman and Mike Ford. So far this spring, Bruce is 5-for-11 with those two bombs.

Jay Bruce launches his second home run of the spring, going deep to the opposite field.

He continues to make a case for an Opening Day roster spot… pic.twitter.com/E6z85sna5z

For his third home run this spring, Gary Sanchez walloped a pitch from Daniel Norris halfway up the light tower in left field. The homer was measured at 388 feet and was 109.4 mph off the bat. Sanchez looks to bounce back from a down year last season. The catcher has been praised by the Yankees’ coaching staff for his work ethic and the improvements he has made in camp. It is still early on in spring, but it looks as though Sanchez is in a much better mindset.

His teammate, Aaron Judge, even offered high praise on Sunday, saying he could win the American League Most Valuable Player award.

“Gary’s going to have a special year this year,” Judge said. “When he’s at the plate, don’t leave anything over the middle because he’s going to do some damage.”

"Very impressive, but it's something that we expect out of Gary. He's a great power hitter and we know that that's something that he can definitely do. So I'm excited for this year. That's home run number three for him."