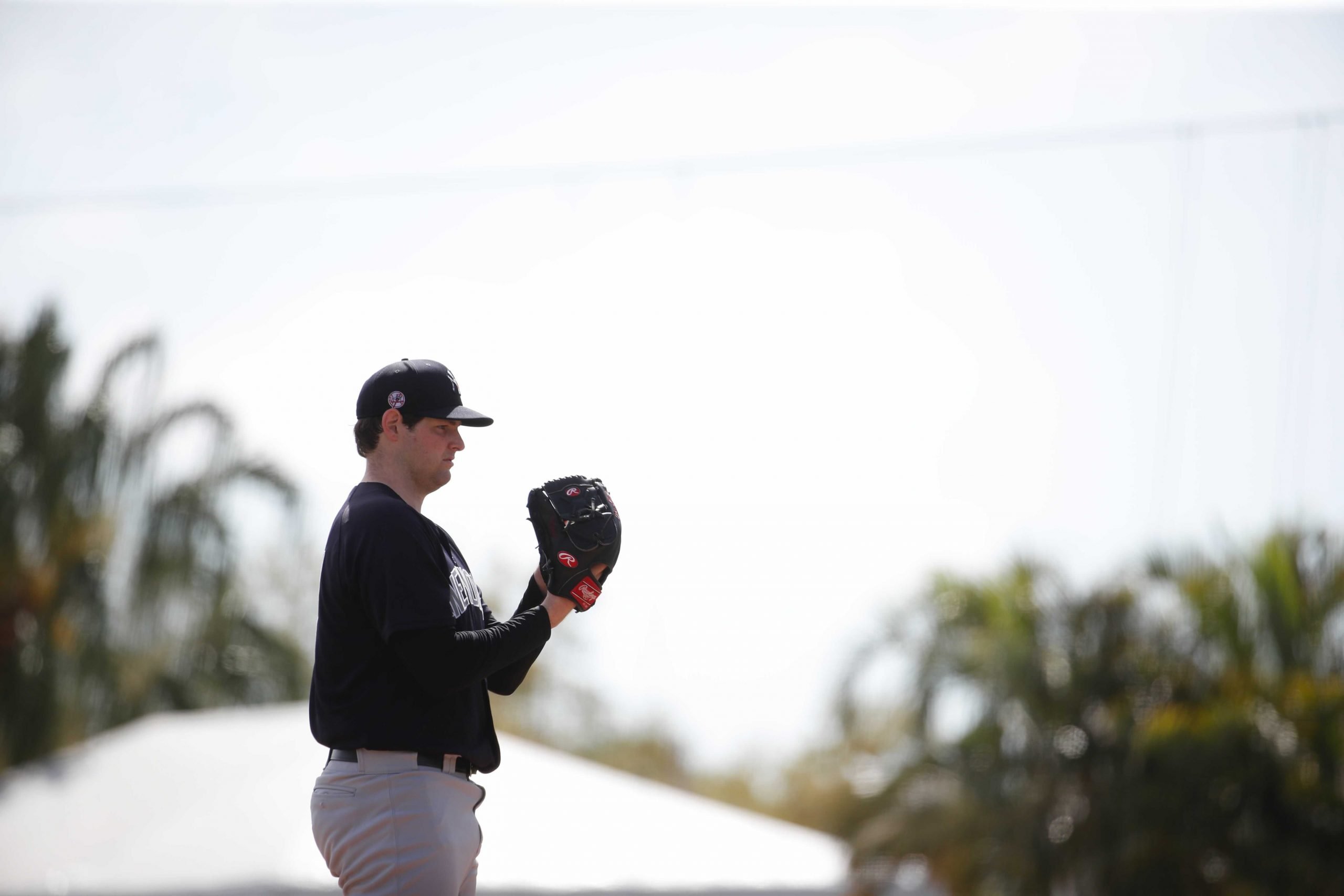 After a tidy 4-2 victory over the Orioles in Sarasota on Tuesday afternoon, the Yankees are now in possession of a winning record in 2021. With any luck, they won’t relinquish it for the rest of the year. Jordan Montgomery hung tough in his first Grapefruit League action, and a three-run outburst in the third inning propelled the Yanks into a lead they’d preserve for the duration.

Three games, three difficult first innings for Yankees starters. Mike King struggled out of the gate on Sunday, Gerrit Cole lacked his customary dominance yesterday, and Montgomery joined their ranks against Baltimore. The left-hander quickly surrendered the one-run advantage he’d been handed, giving up a leadoff triple to Cedric Mullins, who then scored on a sac fly off the bat of feel-good spring story Trey Mancini. Montgomery then loaded the bases on two walks and a swinging bunt single. But he managed to bounce back, striking out top prospect Yusniel Diaz and Stevie Wilkerson to end the frame. He pitched the second inning as well and retired the Orioles in order.

Given this was the first road contest of the Yankees’ Grapefruit League season, it was surprising just how many regular starters they brought down I-75 to Sarasota. Hitters 1 through 5 looked like a lineup from May, not March: DJ LeMahieu, Aaron Judge, Gleyber Torres, Luke Voit, and Clint Frazier. All of those players made the quick road trip worth their while. LeMahieu lined a leadoff single following an 11-pitch at-bat against John Means and eventually came around to open the scoring. Judge, Voit, and Frazier each notched their first hits of the spring. Frazier’s was a two-out, two-strike single that brought home LeMahieu in the first, while Judge’s was a ringing leadoff double in the third that began the big three-run rally.

Absolute missile off the bat of Aaron Judge for a double pic.twitter.com/GwmoDdIABZ

Two batters later, Voit’s single scored Judge. Mike Ford also cashed in with his first spring hit, following a Frazier strikeout with a two-run double that wrapped up the Yankee scoring for the day.

We hope it’ll be a statement spring for Gleyber, and he has not disappointed in the early going. He’s the owner of a 1.750 OPS through two games after two hits on Tuesday, and also came around to score the third run of the day. Torres looks very comfortable in the box so far this spring and has also been solid in the field.

Tuesday’s game was a seven-inning affair upon agreement from each manager, much like New York’s first two contests. By rule, games until March 13 may be five, seven, or nine innings in length. Another interesting quirk of this Grapefruit League season is that normal substitution rules do not apply, and the Orioles took advantage of that wrinkle.

John Means started the game and gave up a run while recording the first two outs. After Frazier’s go-ahead single, Means was removed for Jay Flaa, who retired Ford to end the inning. In the top of the second, Flaa was replaced by…John Means. The left-hander locked down all three outs in frame number two around a single and stolen base from Mike Tauchman. The official game box score shows Means completing 1.2 innings with no evidence that the first two-thirds and the additional inning were not consecutive. Free subs – yet another remarkable occurrence that no baseball fan could have foreseen prior to the pandemic.