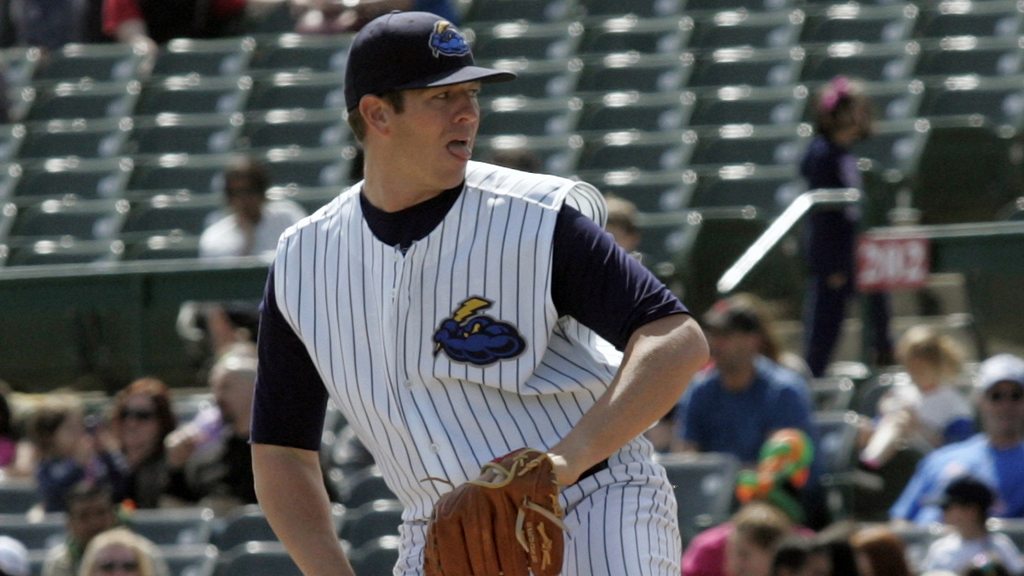 Green (4-3) got his fourth win in as many Triple-A starts with his longest outing at the level. He allowed back-to-back singles to start the game and a one-out walk loaded the bases. Green pitched out of it, inducing a fly-out from Dariel Alvarez before Audrey Perez bounced into a 6-4 force to leave the bases loaded.

The right-hander retired as many as 11 in a row from the close of the third until former RailRider Corban Joseph singled with one out in the seventh. Johnny Barbato took the baton from there with two perfect frames to end the game.

In between, the RailRiders rocked struggling starter Odrisamer Despaigne. In the third inning, Ben Gamel bashed a two-run homer to right into the teeth of biting winds, his second of the season. The fourth inning opened with a Jake Cave double and a Cesar Puello single before Despaigne (1-6) was pulled in favor of Richard Rodriguez. On the next pitch, Deibinson Romero bounced into a double play that scored Cave for a 3-0 margin.

Gamel singled to start the fifth and later scored when Donovan Solano hit a ball over Alvarez’s head in right for a three-base error and the 4-0 score that would go final.

The series continues at 7:05 p.m. on Saturday night when Tyler Webb (1-0, 1.93) makes his first career start against right-hander Joe Gunkel (1-2, 4.67). Webb is from Nassawadox, Va., just an hour’s drive away from Harbor Park. It will be his first start since he was a college sophomore at the University of South Carolina in 2011.

The RailRiders return home for an eight-game homestand on June 2. It starts with the first of four against the Columbus Clippers (Cleveland Indians) at 6:35 p.m. The Thirsty Thursday presented by Budweiser features $1 Bud Lights and Pepsi products. For tickets or more information, please call 570-969-BALL (2255) or visit swbrailriders.com.

The RailRiders had two men (Pete Kozma in the seventh, Ben Gamel in the ninth) caught stealing in as many attempts. Norfolk catcher Audrey Perez entered the game last among ranked IL catchers in caught-stealing percentage at 13% (3-for-23).

Gamel entered play on Wednesday with a .250 average. In three games played since, he has gone 6-for-13 with a homer, three RBIs and four runs scored.

Both Kozma and Donovan Solano posted a pair of hits.

Hampton, Va. native Jake Cave doubled. Of his 19 hits as a RailRider this season, 11 have gone for extra bases. He attended high school just 30 minutes away from Harbor Park.

All four of Norfolk’s hits in the game were singles.

The Tides put just one man on base after Mancini’s two-out walk in the third.

Odrisamer Despaigne (1-6) lost for the fifth time in as many home starts with the Tides. In five road starts he owns a 1.86 ERA and .231 batting average against. In five home nods the numbers sit at 7.48 and .358.  His six overall losses have him tied for the second-most setbacks in the minors.