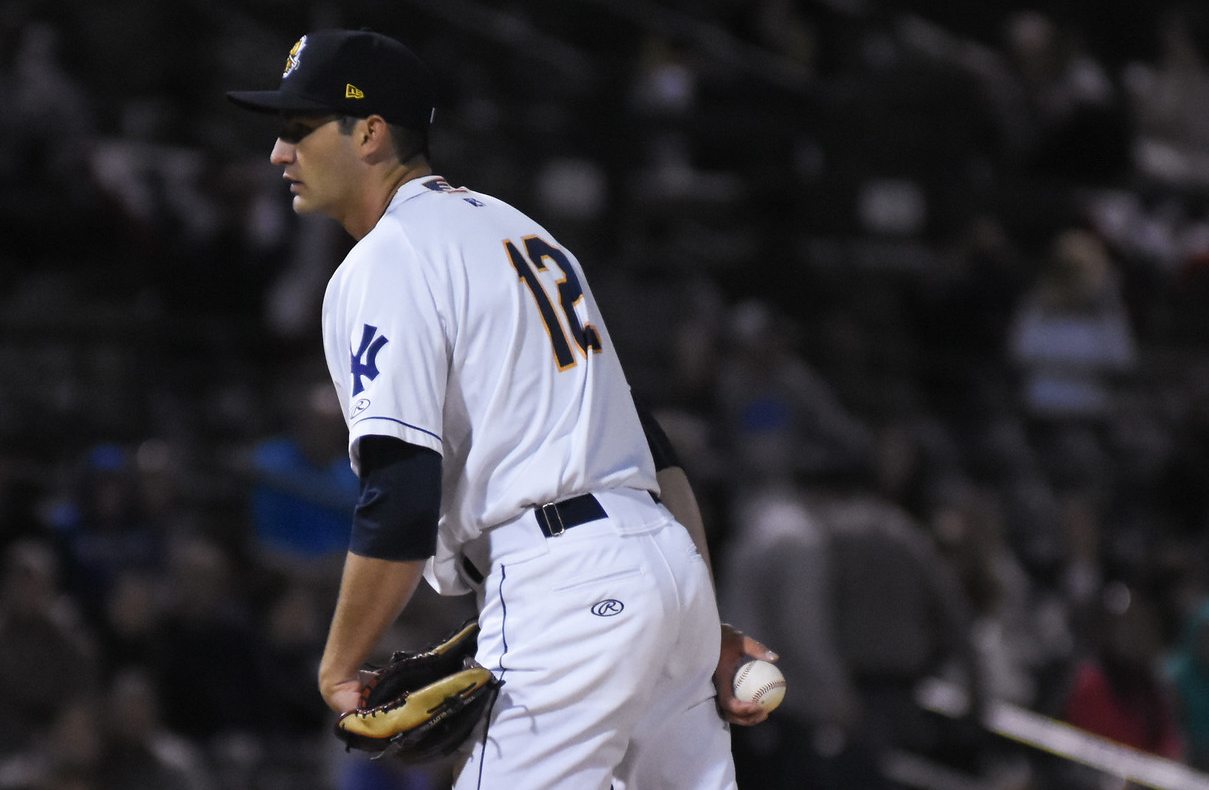 SALISBURY, MD – Nick Green turned in a career-high 6 2/3 innings and the RiverDogs bullpen fanned seven Shorebirds hitters for the final seven outs as the Charleston pitching staff turned in a superb, near-shutout effort in a 4-1 win over Delmarva on Saturday night at Arthur W. Perdue Stadium.

Green (2-3) flashed the brilliance that earned him Opening Night starting duties, and the Fountain, Colo native rolled right through the Delmarva (11-13) lineup to start, facing the minimum through the first six innings. The former Rangers prospect allowed just two singles through the first six frames, each erased by double play balls, and struck out seven in the longest outing of his career.

Charleston (13-11) put Green in line for the win in the fourth when they took advantage of some wildness by Delmarva starter Matthias Dietz (0-2) to plate a pair in the fourth. The Shorebirds righty walked second baseman Diego Castillo on four pitches before hitting Hoy Jun Park on the next delivery to put two on with nobody out. After a wild pitch moved both runners over, Angel Aguilar hit a sacrifice fly to deep center to score Castillo and put Charleston on the board. First baseman Brandon Wagner doubled the RiverDogs’ advantage with an RBI knock to center field.

Delmarva started to figure out Green in the seventh when center fielder Ryan McKenna doubled to left-center and became the first Shorebird to reach second base. Green proceeded to strike out right fielder Jake Ring and coaxed a ground ball out of the shortstop, Chris Clare, but a walk of third baseman Collin Woody forced him out of the game with two out and runners at the corners. Garrett Mundell’s first pitch out of the bullpen was delivered high, and Eduardo Navas had it pop in and out of his glove for a passed ball that made it a 2-1 game. Mundell struck out Billingsley to limit the damage.

Charleston got two more runs on a costly error in the eighth to extend their lead to a more comfortable 4-1 score. Navas and Estevan Florial sparked the rally with back-to-back singles to open the frame. After Castillo sacrificed both runners over, Park hit a ground ball to second that went through the legs of Alejandro Juvier, allowing two runs to score and Park to pick up an RBI.

The bullpen closed out the ballgame by striking out the sides in the eighth and ninth. Anyelo Gomez pitched the perfect final frame to garner his fifth save and his second in two nights. Charleston’s bullpen now owns a 1.95 ERA on the season with 124 punchouts in 101 2/3 innings.

Aguilar’s reached base streak came to an end at 14 consecutive games dating back to April 10, along with an eight-game hitting streak.

The RiverDogs take on the Shorebirds in the finale of the four-game tilt on Sunday as Charleston sends RHP Adonis Rosa (0-0, 2.87) to face off against LHP Travis Seabrooke (1-1, 3.45) starting at 2:05pm from Arthur W. Perdue Stadium. The game will be broadcast on WTMA 1250 AM in the tri-county area and online streaming at riverdogs.com and the TuneIn Radio app under the “Charleston RiverDogs” station. The RiverDogs return home for a weeklong homestand starting on Tuesday, May 2 at The Joe.