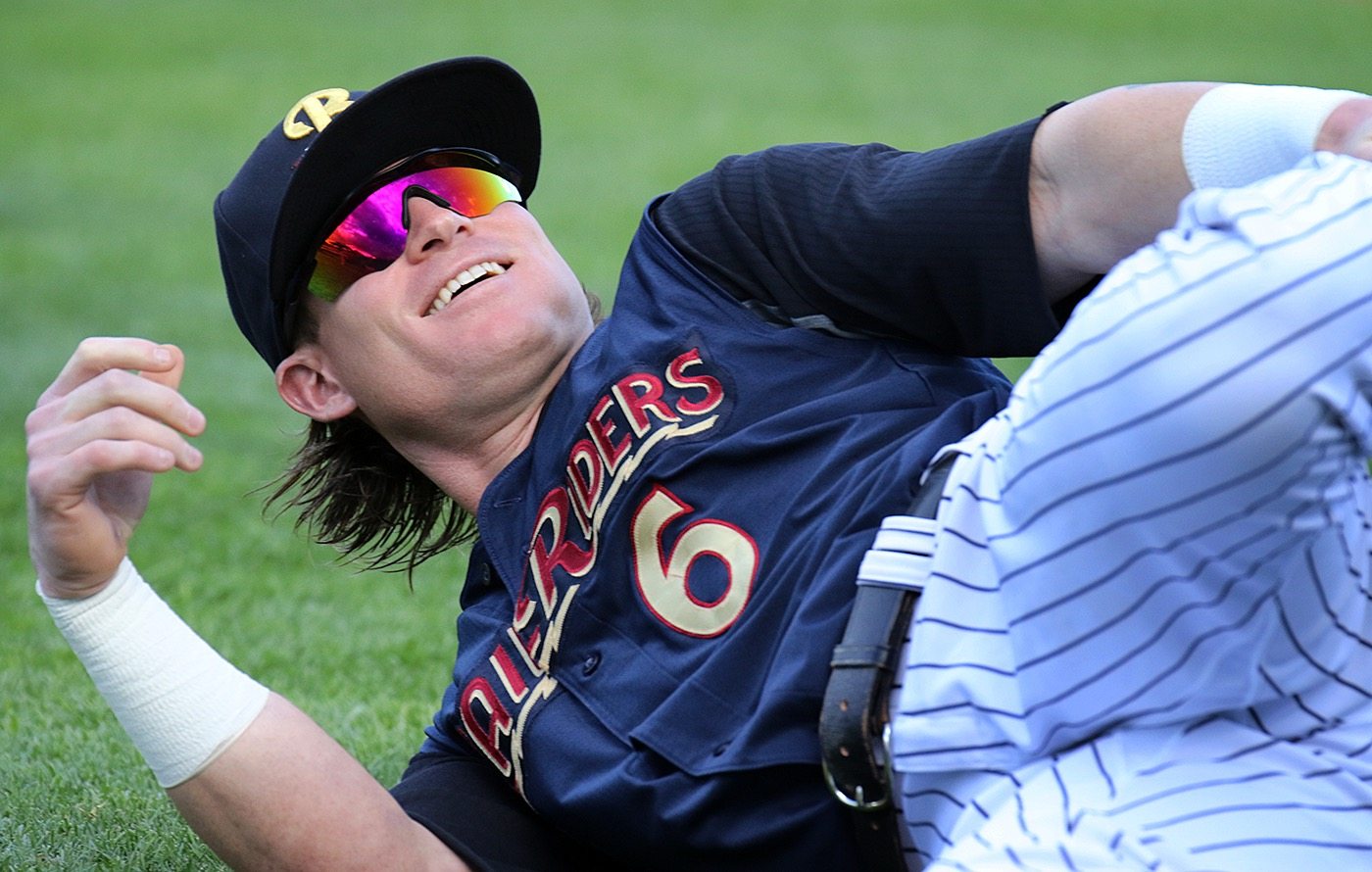 TOLEDO, OH – The SWB RailRiders (Triple-A/New York Yankees) fell to the Toledo Mud Hens (Detroit Tigers) at Fifth Third Field on Thursday night, 3-2. The RailRiders (39-29) saw their season-best six-game win streak come to a close as they finished their road trip through Ohio at 6-1. The Mud Hens (29-37) snapped a five-game losing skid.

The RailRiders grabbed a 2-0 lead in the second on run-scoring hits by Cesar Puello and Ben Gamel. Toledo responded in the third with consecutive two-out singles followed by JaCoby Jones’ first Triple-A home run, a three-run job that rounded out the scoring.

SWB starter Chad Green (4-6) would dominate after the homer, retiring 13 of the final 14 he faced. The former Tigers farmhand struck out a career-high 11 over seven innings. Toledo’s Chad Bell (3-1) picked up the win with 5.1 innings of two-run ball. Bruce Rondon worked around a baserunner in the ninth for his eighth save.

The RailRiders return home for a seven-day, six-game homestand on Friday, June 17. It starts with the first of three against the Gwinnett Braves (Atlanta Braves) at 7:05 p.m. as SWB’s Kyle Haynes (1-1, 4.89) faces former RailRider Manny Banuelos (0-1, 5.40). The Glow-in-the-Park Friday will see the RailRiders wear their alternate black and neon-green uniforms and post-game fireworks, the latter presented by Jack Williams Tire and Auto.

The first 2,500 fans will receive RailRiders shoelaces courtesy of Planet Fitness, which will also present a Man vs. Marathon promotion. Post-game festivities include Dave “The Bullet” Smith, Jr., “The Human Cannonball”, courtesy of the PA Turnpike. For tickets or more information, please call 570-969-BALL (2255) or visit swbrailriders.com.

Chad Green became the first RailRider to notch 11+ strikeouts since Chase Whitley whiffed 11 versus Indianapolis on May 6, 2014.

Entering the game Green had held right-handed hitters to a .150 average and zero home runs.

The Mud Hens entered the game an IL-worst 6-13 in one-run games.