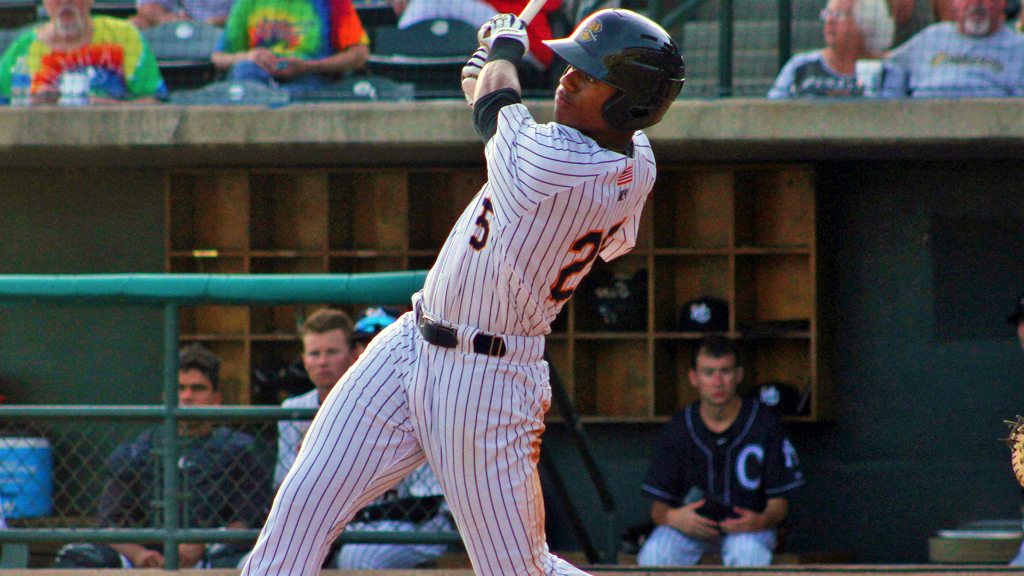 The Greenville Drive defeated the Charleston RiverDogs Thursday night by the score of 6-3 at Joe Riley Park.

The Drive scored five runs off of RiverDogs starter Nick Nelson (L, 2-8). The Drive scored their first run in the third when Oswaldo Cabrera could not come up with a ground ball at shortstop to allow Steven Reveles to score. They tacked on another run in the fifth when Tucker Tubbs lead off the inning with a double. Tyler Hill would bring Tubbs home to score with a two-out single to right field to make it 2-0.

In the sixth, Bobby Dalbec singled to right with one out which was followed by Brett Netzer who singled to center to put runners on first and second against Nelson. Ryan Scott then hit a home run down the right field line to extend the Drive lead to 5-0. The RiverDogs summoned Christian Morris out of the bullpen. Tubbs would hit a single to left field and would end up on second after Isiah Gilliam misplayed the ball. Morris then issued a walk to Mitchell Gunsolus to put runners at first and second. Steven Reveles would then drive home Tubbs with a single to right field to make it 6-0.

“He lost command of his secondary pitches and he became one dimensional. He had to come in with his fastball behind in the count. They took advantage of it,” RiverDogs manager Patrick Osborn said.

The RiverDogs wouldn’t get much going against Drive starter Daniel Gonzalez (W, 7-2). Gonzalez would pitch seven innings allowing just four hits and striking out six. “Their starter threw the ball really well, had a good changeup going all night, kept us off balance,” Osborn said.

The RiverDogs three runs came in the ninth inning against Drive reliever Algenis Martinez. Carlos Vidal led the inning off with a single to center field. Diego Castillo would follow with a single of his own to right field. Gilliam rifled a double into the left field corner to score Vidal and place Castillo at third. After Donny Sands struck out, Steven Sensley grounded out to second to score Castillo and make it 6-2. Dermis Garcia would chase Gilliam home with a single to center field to make it 6-3. Martinez would then get Cabrera to ground out to first base to end the threat and game.

“We had a good ninth, scratched out some runs, made it respectable,” Osborn said.

The two teams square off against each other in the second game of a four-game weekend series Friday night at Joe Riley Park at 7:05 PM.