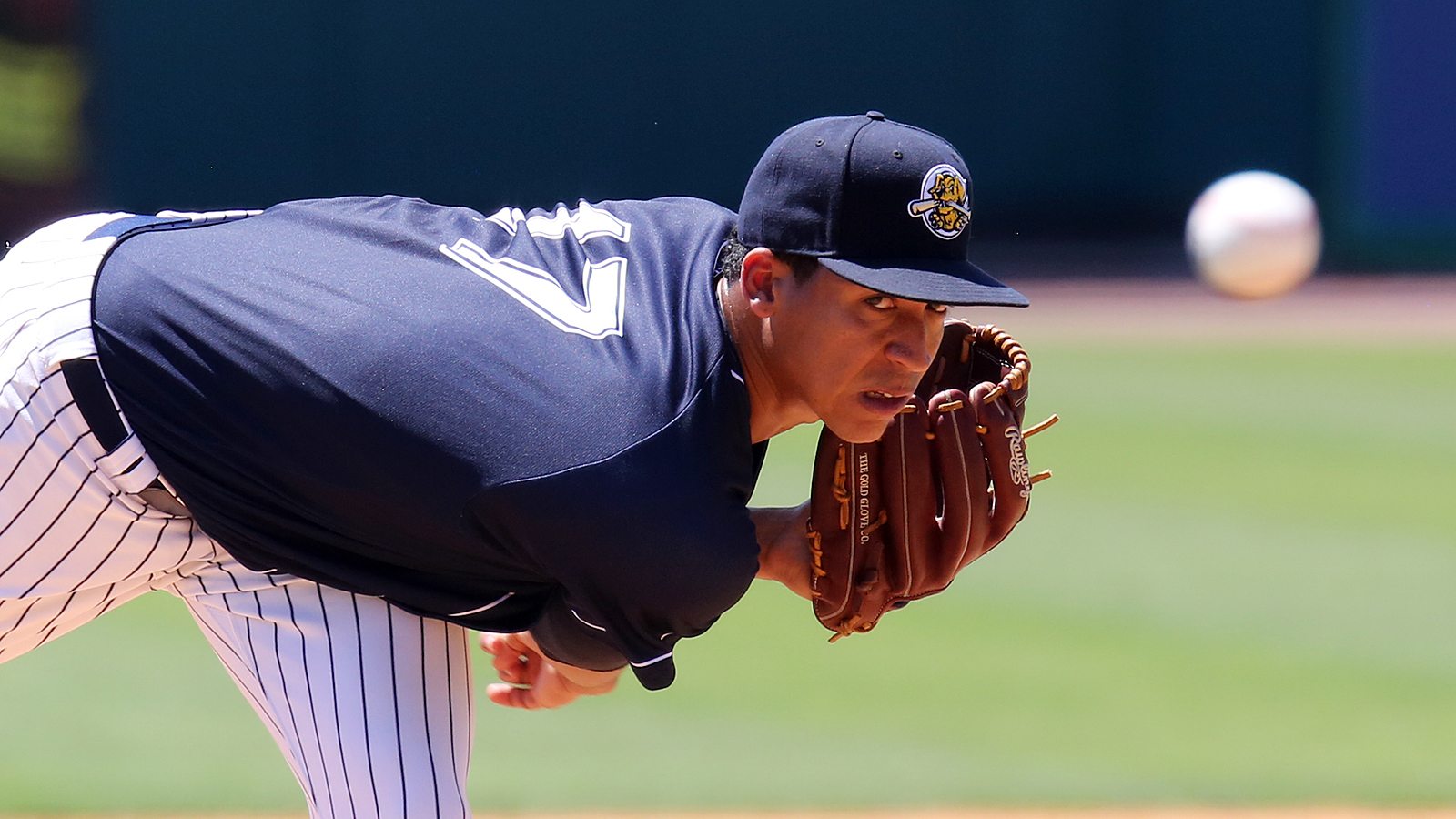 Behind an offensive outburst, the Greenville Drive defeated the Charleston RiverDogs 10-3 to earn a split of the four game weekend series at Joe Riley Park. The Drive scored 10 runs Sunday after scoring just two runs in the first three games of the series.

The Drive jumped out ahead in the first inning off Dogs starter Phillip Diehl (L, 5-1, 4.33 ERA). Leadoff hitter Lorenzo Cedrola reached on an error from Dogs third baseman Angel Aguilar. Chris Madera followed with a walk. The Drive pulled off a double steal placing Cedrola at third and Madera at second. Tyler Hill drove them both home with a single up the middle making it 2-0 Drive.

The RiverDogs would plate a run in the first inning after Estevan Florial tripled to left field off Drive starter Jhonathan Diaz (W, 1-0), who was making his first start and appearance of the season after being in extended spring training. Florial was brought home on Diego Castillo‘s RBI ground out to second base to make it 2-1 Drive.

The Drive would score six runs in the second inning, all off of Diehl and with two outs. Carlos Tovar doubled down the right field line for a double. Cedrola would single in Tovar to make it 3-1 Drive. Madera singled to right field and Ryan Scott was plunked to load the bases. Hill would double off the left field wall to score Cedrola and Madera to make it 5-1. A wild pitch from Diehl scored Scott making it 6-1. Tucker Tubbs singled in Hill after that and give the Drive a 7-1 lead. Isias Lucena doubled down the left field line placing Tubbs at second. Tubbs would score on another wild pitch to make it 8-1 Drive after an inning and a half.

Diehl allowed eight runs, seven earned, in two innings pitched on seven hits. “It got away from us early. (Diehl) didn’t have his best stuff and he struggled with his command and they took advantage of it,” RiverDogs manager Patrick Osborn said. “We scored one in the bottom of the first, it looked like we might be able to make the game interesting again and then they put a six spot in the second. Tough to come back from that.”

The Dogs did plate two in the third to get within 8-3. Diaz plunked Brandon Wagner to start the inning. Carlos Vidal hit a chopper that bounced over the infielders on the left side of the infield. A passed ball advanced Wagner to third and Vidal to second. Castillo would single up the middle to score Wagner and Vidal. Castillo ended up 2-for-5, driving in all three RiverDogs runs. That would be as close as the RiverDogs would get.

Greenville would tack a run in the fourth and another in the ninth to make it a 10-3 final. The Dogs (25-24) fall five and a half games behind first place Greenville (30-18) in the first half Southern Division race.

The RiverDogs continue their homestand with a 7:05 start against the West Virginia Power, a Pittsburgh Pirates affiliate. The Power and Dogs face off for three games before Charleston hits the road for four games against the Drive.

“Tomorrow will be a new day and we look forward to the series against West Virginia,” Osborn said.