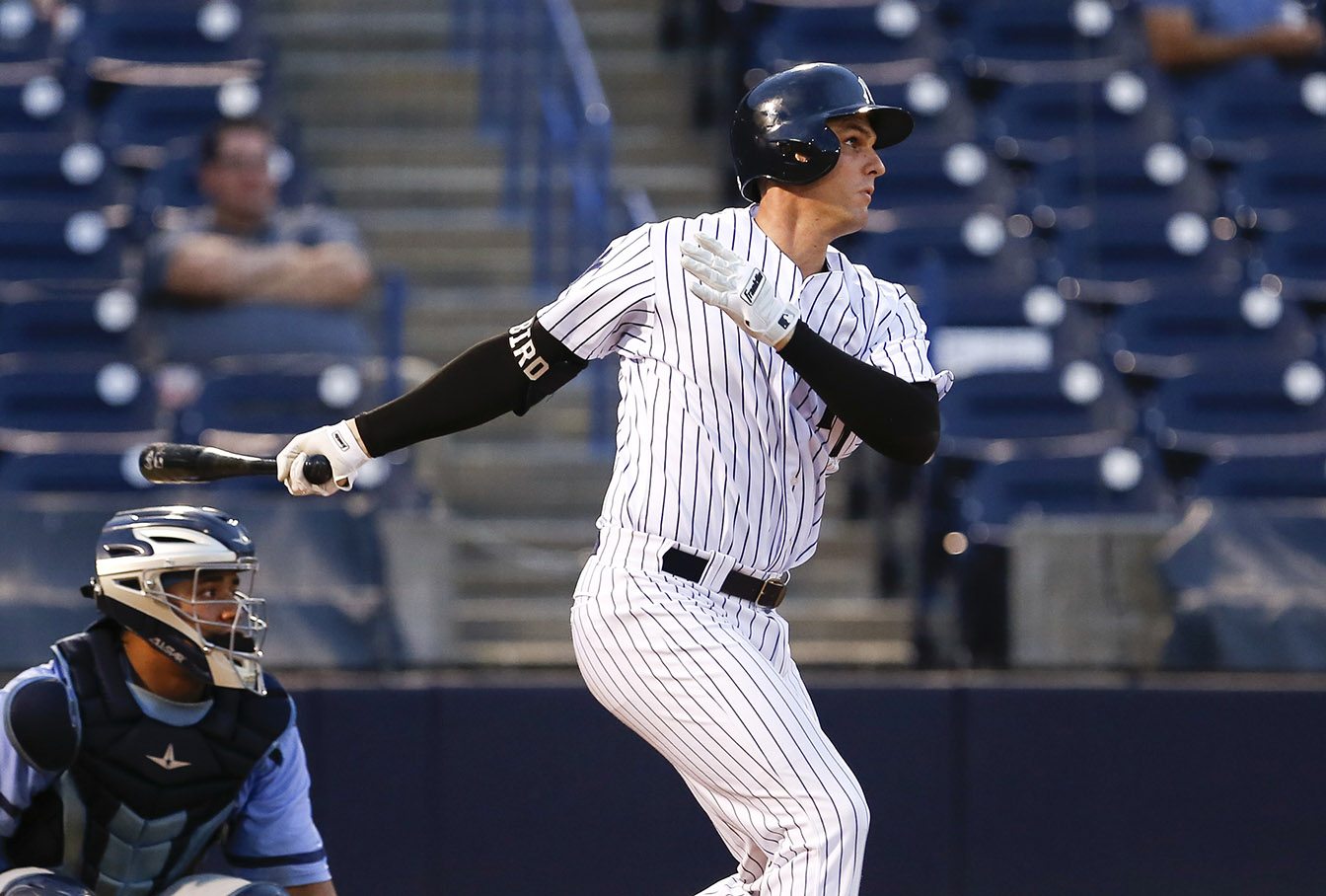 The Tampa Yankees went into Thursday’s game down just two games in the FSL North, below the Clearwater Threshers. Tampa, currently on an eight-game homestand, has had more quality at-bats from their lineup, but are still struggling overall to get the offensive push they need.

Thursday night they took on the Charlotte Stone Crabs in their third game of a four-game series, and Brody Koerner was on the mound. The Yankees were also getting Greg Bird as he started his rehab assignment with High-A Tampa.

The Yankees were facing knuckleballer’ Taylor Hawkins, and he proved to be a thorn in their side despite his six walks. He gave up only three hits to Tampa’s lineup, but the weak offense held Tampa down throughout his outing. The Yankees finished 1-9 with runners in scoring position and left ten runners on base. Their four runs came from Mandy Alvarez who has a two-run double, Chris Gittens hitting his sixth home run of the season, and a sac-fly from Gosuke Katoh. Greg Bird got three plate appearances in his six innings of play; he went 1-1 (a bloop single) with two walks. Bird also had an error on a hard grounder to first, but overall looked composed.

As for Koerner, he didn’t have much movement on his pitches, and it led to him giving up seven hits, and four earned runs through 5 2/3 innings pitched. Travis Hissong pitched 2 1/3 giving up a run, and Jose Pena pitched a clean inning as well.

The Yankees will try and split the series with the Stone Crabs tomorrow with Erik Swanson on the mound. Swanson is coming off two poor performances in a row, this being after his three-game shutout streak. With Clearwater winning again on Thursday, the Yankees are three games back, which is still in reach, but they can’t afford to have poor outings like they have the last couple of days.