Hamlin Gets Call Up to Charleston 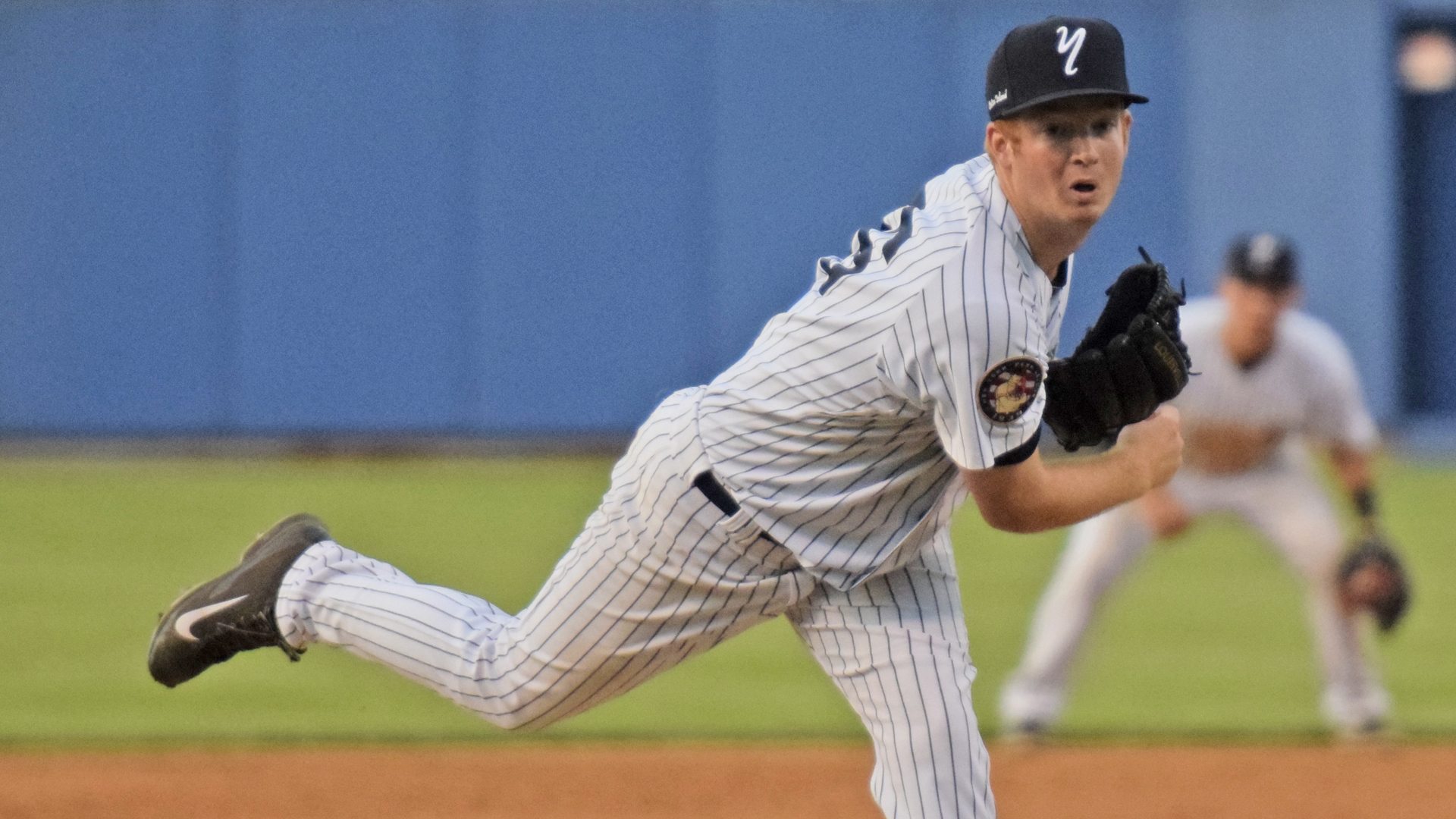 CHARLESTON, SC– The New York Yankees have announced that RHP Cody Hamlin has been called up to Class A Charleston from Pulaski. The native West Virginian takes the 14th spot in the RiverDogs pitching staff and will take the 25th roster position from Nathan Mikolas, who was sent down to Staten Island to make room for another Yankee farmhand.

Hamlin receives the promotion just as the RiverDogs begin an eight-game, week-long homestand at The Joe with the Greenville Drive and Rome Braves.

Hamlin reaches Class A for the first time in his career after spending his first year and a half in professional baseball with Staten Island, Pulaski, and in the Gulf Coast League.

Hamlin, a right-handed pitcher out of Morgantown, West Virginia, was originally signed as a non-drafted free agent out of the University of Arizona on June 16th, 2015.

In his professional debut, combined with the GCL Yankees, Staten Island and Pulaski, the righty drew a 2-0 record with a 0.92 ERA in 29.1 innings giving up just three earned runs while striking out 30 in 14 relief appearances.

Hamlin was excellent out of the Pulaski bullpen in 2015, posting a 1-0 record with a 0.59 ERA in 15.1 innings, allowing just one earned run with no walks and 17 strikeouts.

This season with Pulaski Hamlin is 1-1 with a 2.66 ERA in seven relief appearances with a 16:1 strikeout to walk ratio before getting the call up to Charleston.

In a corresponding move, outfielder Nathan Mikolas has been sent down to Staten Island. The left-handed Wisconsin native provided a .225/.297/.333 slash line through 39 games with 14 runs, five doubles, three home runs, and 10 RBI’s.

This will be Mikolas’ second stint with Staten Island after spending his 2014 season there where he hit .225 in 48 games.