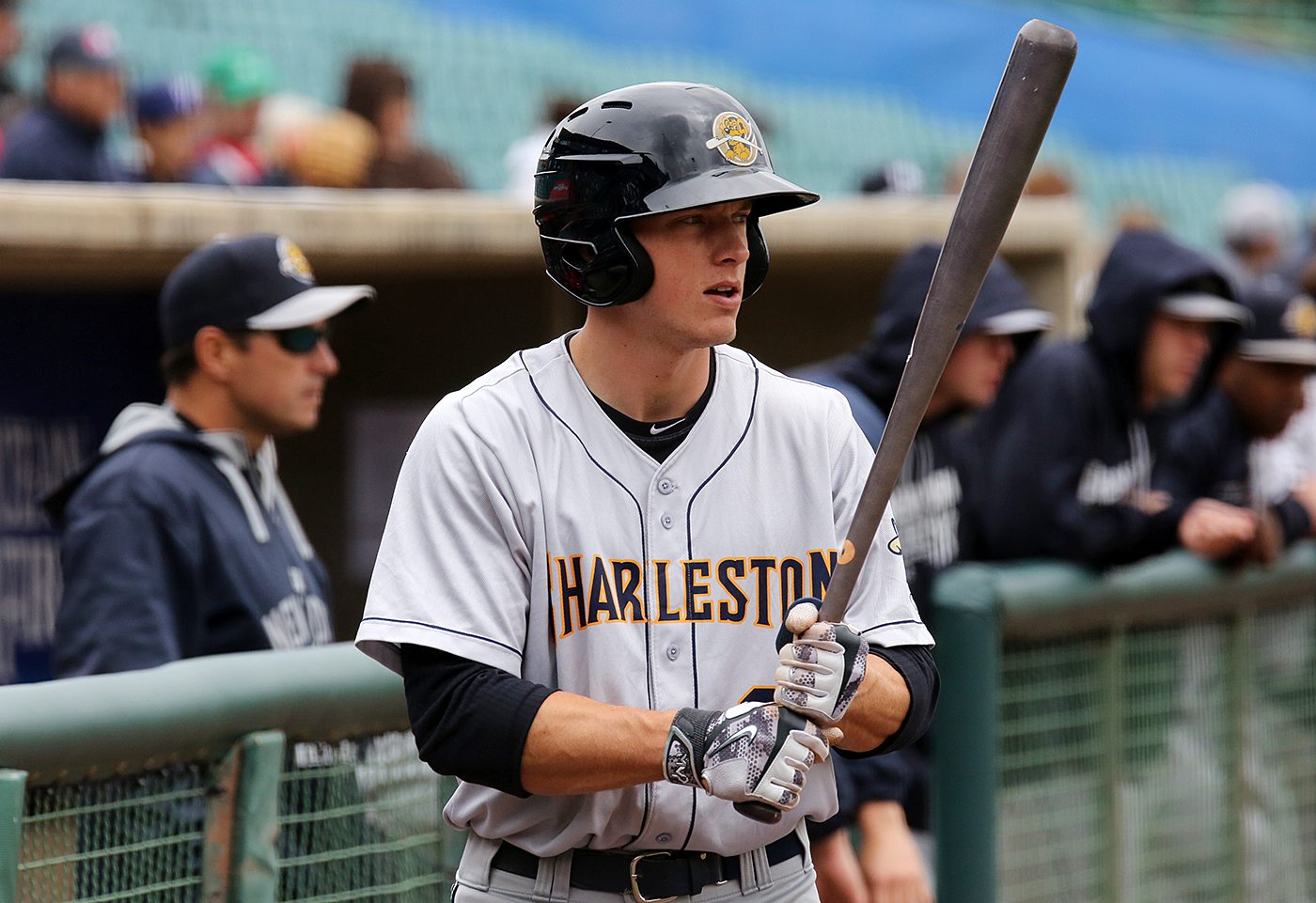 GREENVILLE, SC – The Charleston RiverDogs overcame a three-run deficit, and jolted out of a four-game losing streak to capture a 7-5 comeback victory over the Greenville Drive on Wednesday night at Fluor Field.

Charleston centerfielder Jeff Hendrix went a career-high 5-for-5 at the plate and drove in three runs, including a key two RBI single that gave the RiverDogs their first lead in the eighth, as Charleston (31-20) salvaged the finale of the three-game series in Greenville.

Trailing 4-2 heading into the eighth, Chris Gittens smoked a ball off the glove of Greenville first baseman Josh Ockimey on a play ruled an error to kick off the RiverDogs rally. Connor Spencer followed up by driving a single to left to put runners on first and second. Greenville reliever Kuehl McEachern punched out Jhalan Jackson and Audie Afenir before Leonardo Molina fanned at a two-strike offering that sailed wide of Drive catcher, Roldani Baldwin, and allowed the RiverDogs left fielder to reach on the third straight strikeout by McEachern. Gosuke Katoh singled to drive in Gittens, and Hendrix followed up with his fifth hit of the night to give Charleston a 5-4 lead.

Greenville (26-26) answered back to tie the game at five with a run in the bottom half. RiverDogs righty Jose Mesa issued a walk and a hit by pitch to start the inning and would give way to closer Andrew Schwaab (4-1) who allowed the tying run to score on a single off the bat of Jayce Ray to take his fourth blown save of the year.

In the ninth, second baseman Hoy Jun Park walked and was bunted over on a sacrifice by his up the middle partner, Kyle Holder. Gittens smacked a double to straightaway center to drive in Park and retake the lead. After an intentional walk to Connor Spencer, Jhalan Jackson cranked a single to left field for an insurance run that made it 7-5.

Greenville touched up RiverDogs starter Yefrey Ramirez with a pair of hits in the first to take a 1-0 lead. After a leadoff double by Chad De la Guerra, Josh Ockimey singled to right to put Greenville on the board.

In the fifth, Hendrix collected his third single in as many trips to drive in Afenir who led off the frame with a double, to tie it up at 1-1.

Ramirez settled in after the early run allowed, sending down 11 in a row before Greenville centerfielder Luis Alexander Basabe ripped a line drive home run off the foul pole in right to grab a 2-1 advantage for the Drive.

Greenville built on their lead with a pair of runs in the sixth to stretch it to 4-1, before the RiverDogs mounted their comeback.

In the seventh, Hoy Jun Park’s sacrifice fly plated third baseman Gosuke Katoh who led off the inning with a walk, to cut into Greenville’s lead and make it 4-2.

The RiverDogs had two runs cut down at the plate by Greenville in the win, including the potential tying run in the third and what would have been the second run of the seventh inning.

The RiverDogs return home for a three-game stint against the Kannapolis Intimidators, the Class A affiliate of the Chicago White Sox, on Thursday night. Charleston sends RHP Daris Vargas (4-1, 2.29) as Kannapolis rolls out RHP Zach Thompson (4-2, 3.25) with the first pitch scheduled for 7:05pm at The Joe. It’s a Budweiser Thirsty Thursday at the ballpark as fans can enjoy $1 beers all night long featuring the scintillating tunes of DJ Natty Heavy.