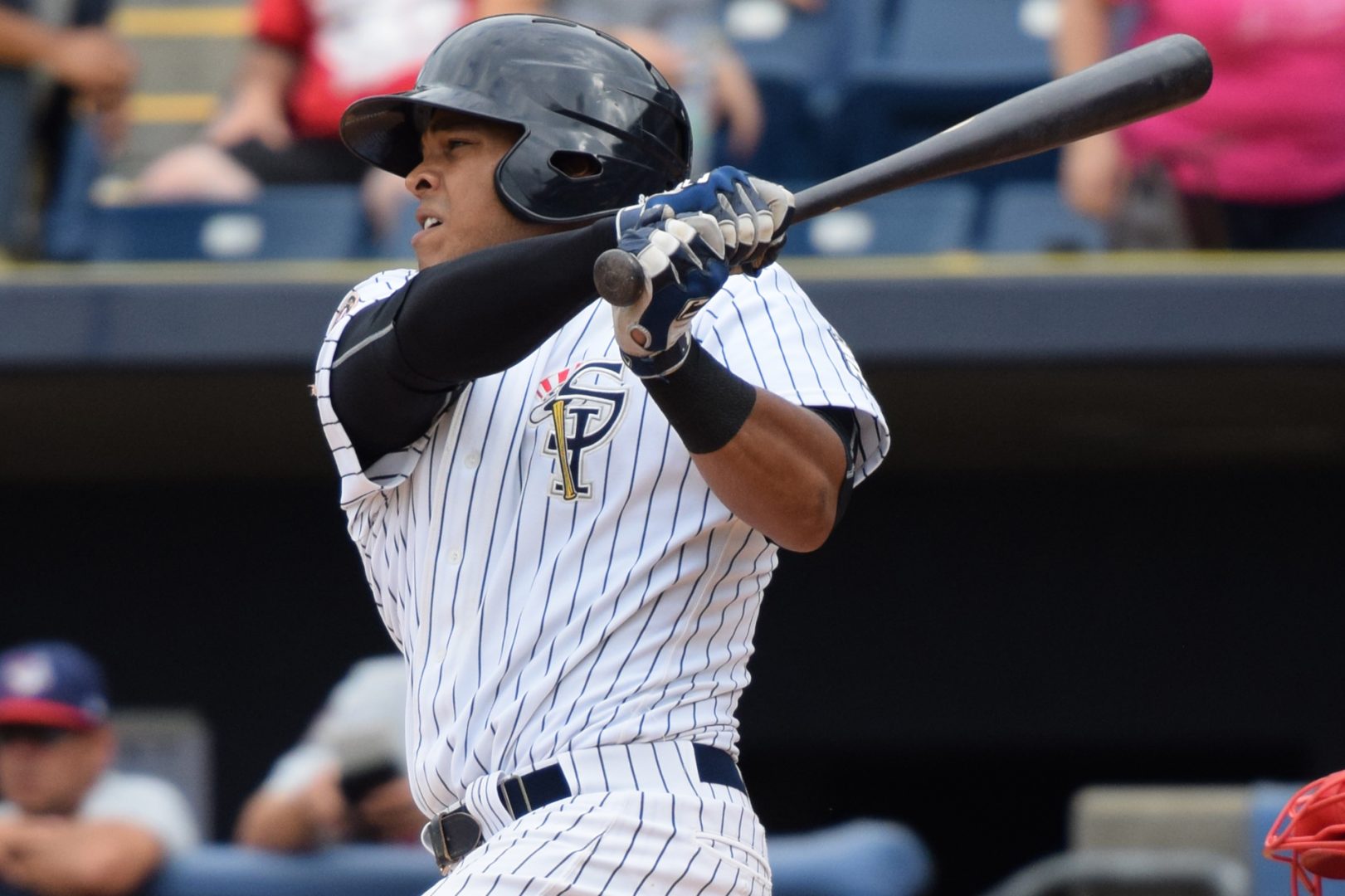 STATEN ISLAND-Four players tallied the eight hits necessary for the Staten Island to capture a 4-1 win over the Lowell Spinners.

Nate Mikolas was not part of that vital quartet, yet perhaps made the biggest contribution of the evening, a spectacular diving catch in left field that not only ended the 6th inning but saved at least a run. The catch, which came into motion after the ball came off the bat of Lowell C Jhon Nunez, was made with runners on 1st and 2nd and 2 outs, and came when Staten Island had a 3-1 lead. They would add an insurance run in the bottom half of the next inning to preserve the victory.

“Outstanding catch right there,” said Staten Island manager Dave Bialas afterwards. “If he doesn’t catch that ball, it’s a whole different ball game. They would’ve scored two runs on that one. That was a great catch.”

3B Drew Bridges, who found out later that night that he would be representing Staten Island at next week’s New York-Penn League All Star Game in Wappingers Falls, NY, and RF Timmy Robinson not only combined for five of the eight Yankee hits on the evening, but also fully contributed to Staten Island’s run column, each driving in two runs.

“Bridges has been a big guy for us in the middle of the lineup,” Bialas said. “He has driven in runs and he’s hitting .300.”

Robinson’s first run batted in came on a home run into left field, his fifth of the season. His couple of RBIs gives him 34 on the season, still tops in the NYPL. Despite this, he was left off of the All-Star roster.

“(Robinson) deserves to be there too, no doubt about it,” Bialas said. “He’s played well. He leads the team in RBIs. But the selection process is what it is. Sometimes good players get left off All-Star teams.”

With the victory, Staten Island (28-21) kept in their respective playoff battles, not only in the McNamara Division with Hudson Valley, who leads the McNamara by one game, but also in the wild card hunt with Williamsport, whom the Yankees trail by half a game. Both of those teams were victors in their respective games as well, and the Yankees kept pace with some great pitching. Chad Martin (W, 1-0), making his second Staten Island start, struck out a career high 9 over 5 innings. Josh Roeder threw 3 shutout innings in relief, and Chad Taylor wrapped things up with a perfect final inning to pick up his first save of the year.

“(Martin) was able to work out of some jams,” Bialas recalled. “He had some trouble with his control tonight but he was able to make his pitches when he had too. (Then) the bullpen came in tonight and they did a heck of a job.”

With two of three taken from Lowell (29-21), the Yankees have now won 7 of their last 10 entering one of their longest road trips of the season. A pair of three game sets against Aberdeen and State College will take them into the brief All-Star break on August 15-16.

“We’re going to get ready (for the road trip) one day at a time, like we do all the time,” Bialas said. “We’re going to go out there and try to win every series. That’s what we have to from here on out.”