Herrera Dazzles Against Akron in Return to Double-A 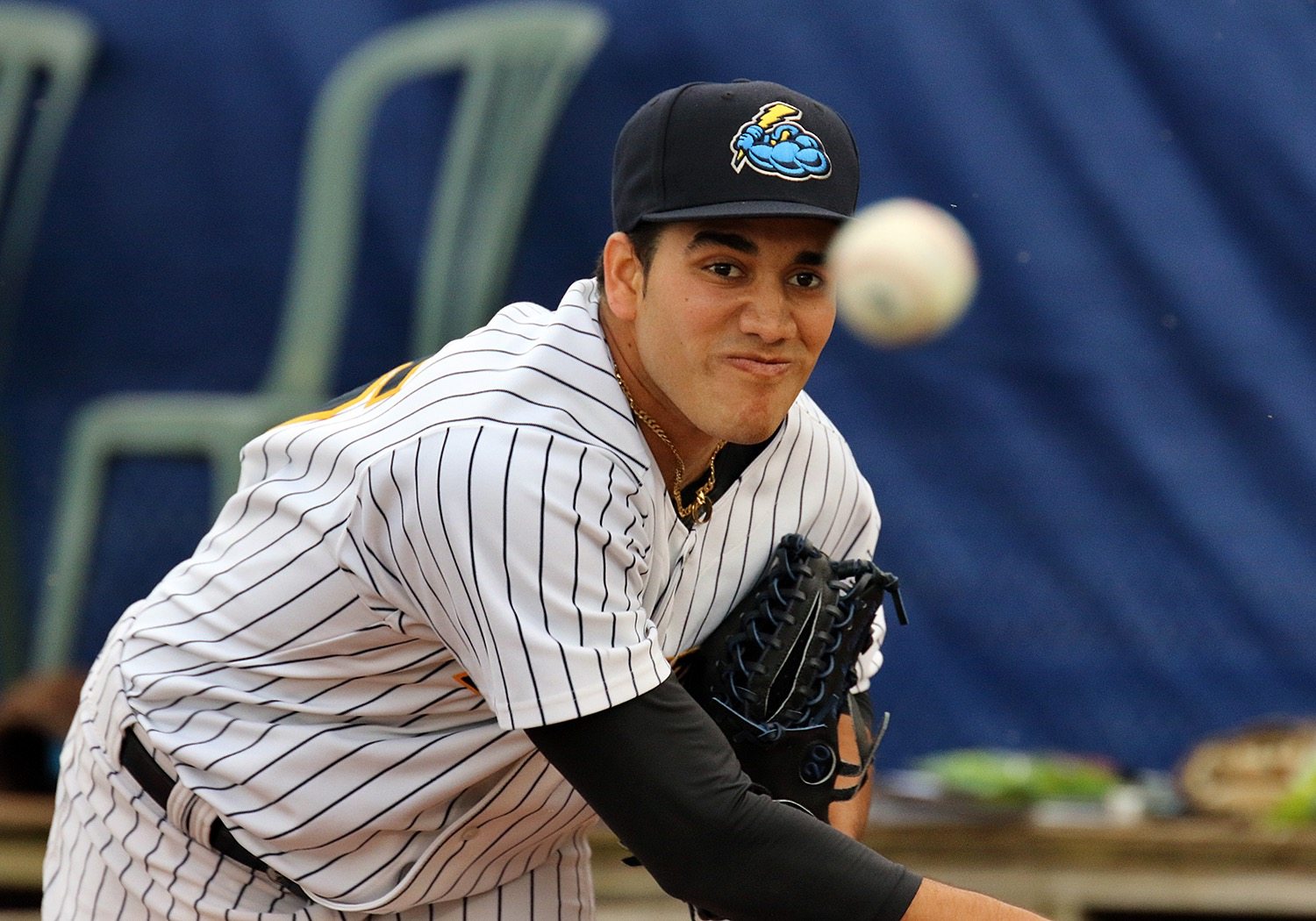 Trenton Thunder starting pitcher Ronald Herrara warms up in the bullpen before a recent start. (Photo by Martin Griff)

TRENTON, NJ – Thunder starting pitcher Ronald Herrera was sent back down to Trenton on Thursday afternoon after making one start for the Scranton Wilkes-Barre RailRiders last week.

The 20-year old right-hander returned to the mound at ARM & HAMMER Park on Thursday evening against the Akron Rubberducks and showed the Yankees organization that he is hungry for a permanent spot in the Triple-A rotation.

Herrera turned in one of the best outings of his young five-year career after allowing two runs over 7.2 dominant innings to help propel the Thunder to a 5-2 series opening victory.

The Venezuelan native allowed just three hits and struck-out nine batters to earn his second victory of the season. Excluding his lone start for Scranton, Herrera improved to 2-0 with a 2.08 ERA after two starts for Trenton.

Herrera is one of the youngest players in the Eastern League but is equipped with the command of a savvy and seasoned veteran. In 433.1 career innings, he has walked just 105 batters over that span.

“Control is something that I’ve focused on for my entire professional career,” explained Herrera. “Being able to mix all of my pitches for strikes is something that makes me feel pretty good but I know that I still have a long way to go.

Thunder Pitching Coach Jose Rosado  has come away extremely impressed by the advanced skill-set in the young right-hander.

“You don’t see many guys at his young age be able to mix all of his pitches for strikes,” Rosado admitted. “Being able to pitch behind in counts or early in counts with breaking balls is not something that you see from too many guys.”

Rosado added, “the Yankees organization feels pretty good about what we have over here with him.”

The Thunder offense was fueled by a four-run second inning against New Jersey native, Rob Kaminsky.
After a walk to shortstop Tyler Wade loaded the bases, left fielder Jake Cave pulled a double off of the bases of the base of the rightfield wall to put Trenton ahead 4-0.

Herrera allowed just one hit and faced the minimum through 6.2 innings before Bradley Zimmer hit a double in the seventh to end a streak of 15-straight batters retired.

Manager Bobby Mitchell allowed Herrera to begin the eighth inning  but after walking the leadoff hitter on four pitches, he surrendered a long two-run homer to Jeremy Lucas to make the score 5-2.

Southpaw Evan Rutckyj allowed two runners to reach in the ninth before righty Mark Montgomery came in to record the final two outs to nail down his 4th save of the season.