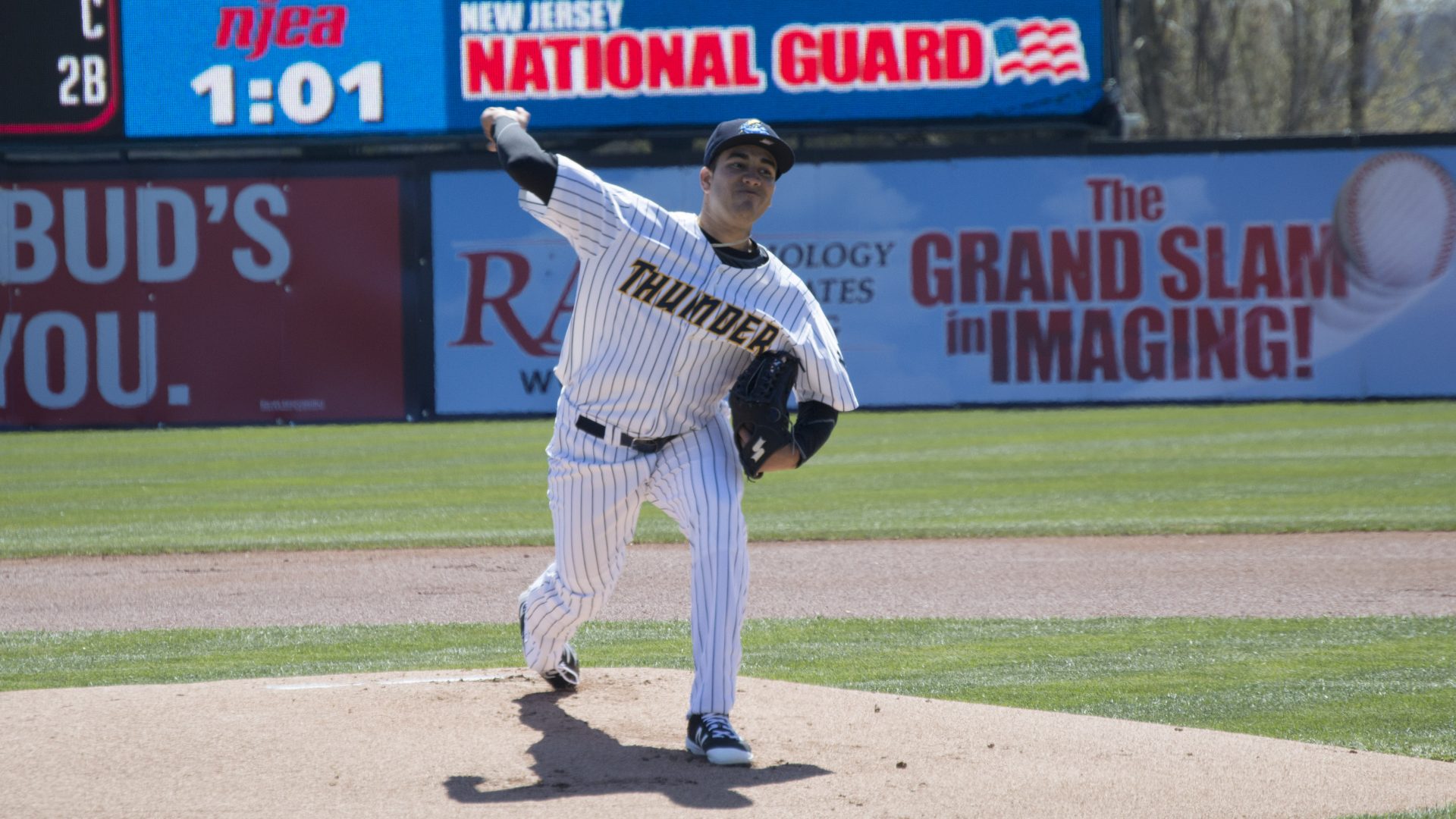 MOOSIC, PA – The SWB RailRiders (Triple-A/New York Yankees) dropped an 8-4 decision to the Syracuse Chiefs on Saturday afternoon at PNC Field. The loss snapped a five-game winning streak for SWB (6-3). The Chiefs captured their first win in the series to improve to 5-3.

Ronald Herrera (0-1) absorbed the loss in his first start with the RailRiders. The right-hander surrendered five runs, all earned, on seven hits. He issued three walks, but tied a career-high with eight strikeouts. Aaron Laffey (1-0) scored the win in relief by holding SWB scoreless for three innings. The Chiefs’ southpaw yielded two hits, two walks and two strikeouts.

Rob Refsnyder helped SWB build a 2-0 against Chiefs’ starter A.J. Cole. The third baseman smacked a deep sacrifice fly to center that scored Ben Gamel in the first. Refsnyder followed with a run-scoring single in the second, plating Eddy Rodriguez.

Syracuse tied the score in the third on a two-run homer by Trea Turner. The shortstop ultimately finished a triple shy of the cycle on a 3-for-4 day.

The Chiefs staked a permanent advantage by scoring thrice in the fourth. Jose Lozada put the Chiefs on top 3-2 with a base hit, scoring Brian Goodwin. Turner followed with a single to bring home Caleb Ramsey and Brendan Ryan capped the frame by stroking a triple to right-center. Turner scored easily on the play for a 5-2 lead.

SWB trimmed the deficit to two in the sixth when Pete Kozma doubled inside the bag at third and scored on a groundout by Donovan Solano. The Chiefs, however, responded on a two-baser by Matt Skole in the seventh, plating Turner for a 6-3 lead.

Slade Heathcott earned the RailRIders’ final tally by opening the last of the seventh with a double. The speedy outfielder stole second and scored on a throwing error by catcher Pedro Severino.

Scott Sizemore rounded out the scoring in the ninth with a two-run homer off reliever Dan Camarena.