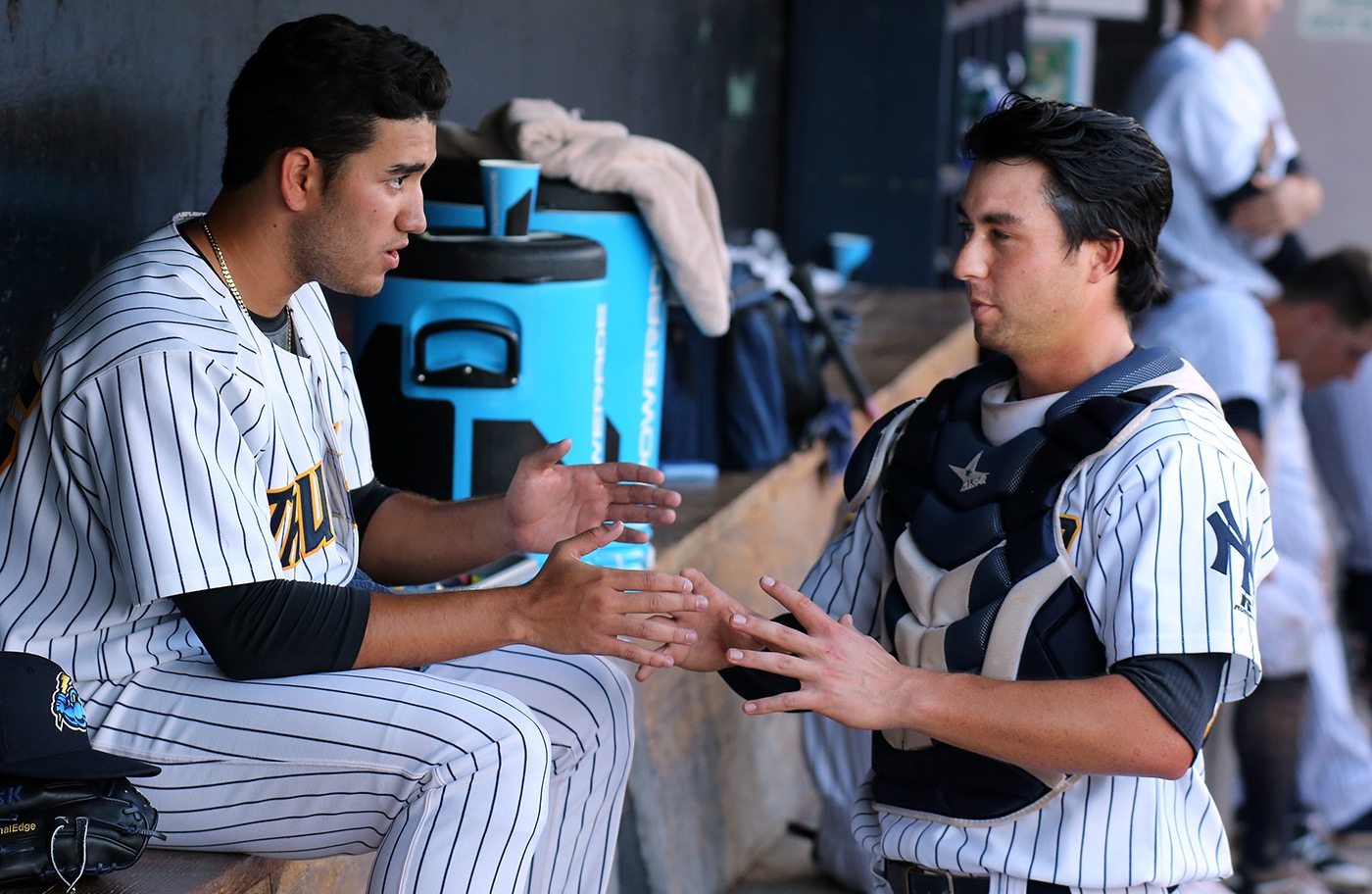 TRENTON, NJ – Back on June 14, catcher Kyle Higashioka, after earning International League Player of the Week honors, talked about coming back to Trenton.

“I had a good time in Scranton, but I’ll play where they have me,’’ said Higashioka. “I just want to play.’’

Reliever Tyler Jones (5-2) earned the win with his second straight solid performance, a scoreless two-inning stint. The 26-year-old native of Milwaukee, who pitched collegiately at Louisiana State, has benefitted, according to Trenton manager Bobby Mitchell, in a change in mechanics.

“Tyler is doing better because we have him pitching out front,’’ said Mitchell. “He has the stuff.’’

Trenton jumped to a 2-0 lead in the top of the first on a bases-loaded walk to Higashioka and a fielder’s choice off the bat of Mark Payton. Portland tied in the bottom of the sixth on a triple by Andrew Benintende and single by Nate Freiman, Portland’s Yoan Moncada was 0-for-4 with a pair of strikeouts.