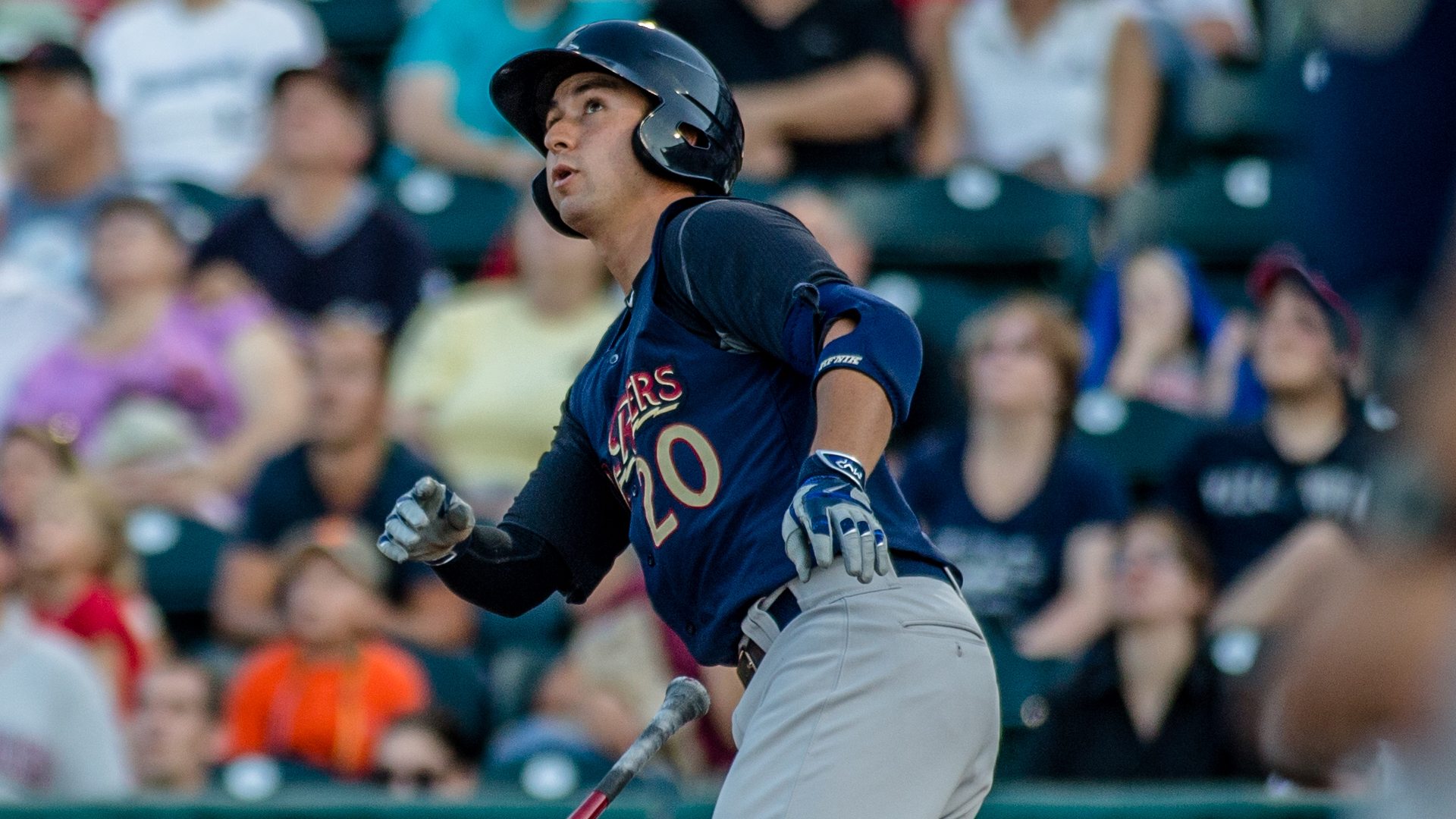 MOOSIC, PA – The SWB RailRiders (Triple-A/ New York Yankees) fell 4-1 to the Lehigh Valley IronPigs in a game shortened to five innings by rain on Thursday night. The RailRiders (74-44) saw a pair of win streaks halted by the defeat. Both their 11-game winning streak at PNC Field and their seven-gamer overall fell by the wayside. The IronPigs (71-47) snapped a four-game skid against SWB.

Anthony Vasquez (3-0) received credit for a complete game after the game was called at the end of five. The IronPigs’ southpaw held the RailRiders to a run on four hits. Phil Coke (4-3) absorbed the loss after allowing three runs on four hits in 2.1 relief innings.

The IronPigs scored a run in the first off starter Richard Bleier. Peter Bourjos led off with a single and raced to third on a hit to right by Darnell Sweeney. Nick Williams bounced into a force out at second to plate Bourjos. Bleier allowed the one run on five hits in his 2.2 innings.

Kyle Higashioka launched a towering home run to the pedestrian bridge beyond left with one out the second inning. The solo shot was his seventh with SWB and tied the game 1-1.

Lehigh Valley reclaimed the lead on a Jesmuel Valentin double in the fourth and plated two more runs on consecutive singles by Andrew Knapp and Cam Perkins in the top of the fifth.

The RailRiders journey to Frontier Field on Friday for a three-game series against the Rochester Red Wings. Right-hander Brady Lail (5-3, 3.61) is scheduled to face left-hander Jason Wheeler (9-3, 2.97). First pitch is set for 7:05 p. For tickets or more information, please call 570-969-BALL (2255) or visit swbrailriders.com.