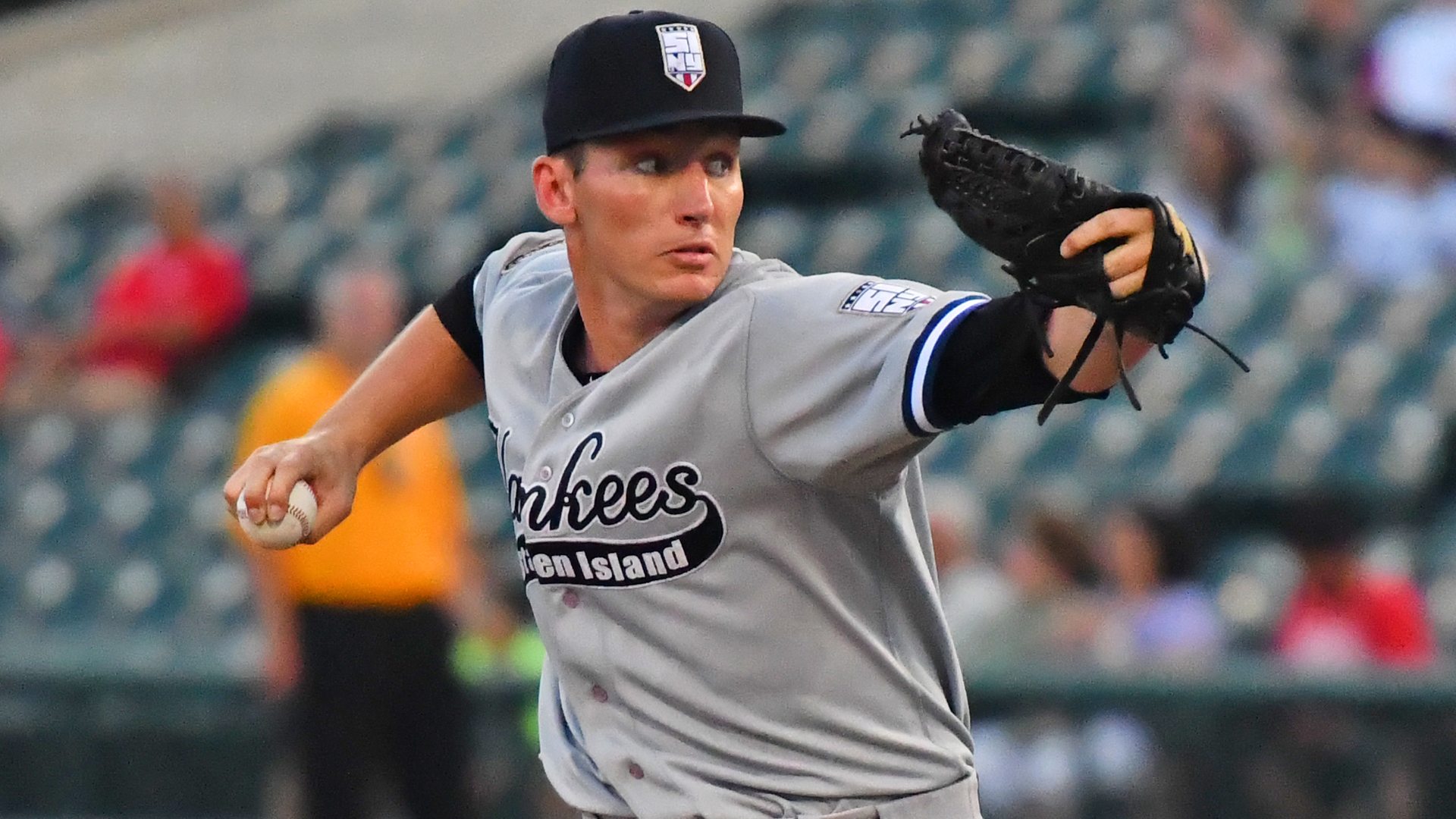 The Staten Island Yankees continue to demonstrate strong pitching as they got an offensive boost from rehabbing catcher Kyle Higashioka in their 2-1 victory over the Mahoning Valley Scrappers.

Higashioka, 27, began a minor league rehab assignment with Staten Island starting on Friday night after being placed on the 7-day disabled list by the Triple-A Scranton/Wilkes-Barre RailRiders on June 22, 2017, with a back injury.  He previously played for the Baby Bombers in 2009 where he helped lead the Yankees to their fifth NY-Penn League title.

It did not take long for him to contribute to Staten Island’s current playoff dream.  After Wilkerman Garcia led off the game with a line drive single to right, Higashioka would send the second pitch he saw over the left field fence for a two-run home run.  His homer gave the Yankees an early 2-0 lead.

That would be all the Yankees need since the pitching staff has been so dominant all year.  Trevor Stephan got the start, throwing four hitless innings and striking out three of the 12 batters he faced.  He was followed by Glenn Otto who pitched three innings to earn the win, allowing a run on three hits and a walk while striking out four batters.

Kaleb Ort had allowed a hit and a walk in his lone inning of work before Justin Kamplain took over on the mound to earn his third save of the season with a shutout inning of work.

Designated hitter Keith Skinner had a productive night at the plate, going 3-for-4 with a double in the game.  Third baseman Welfrin Mateo came out of the game in the bottom of the fifth inning.

The Staten Island Yankees and Mahoning Valley Scrappers meet up again on Saturday night with right-handed pitcher Daniel Alvarez on the mound for Staten Island.