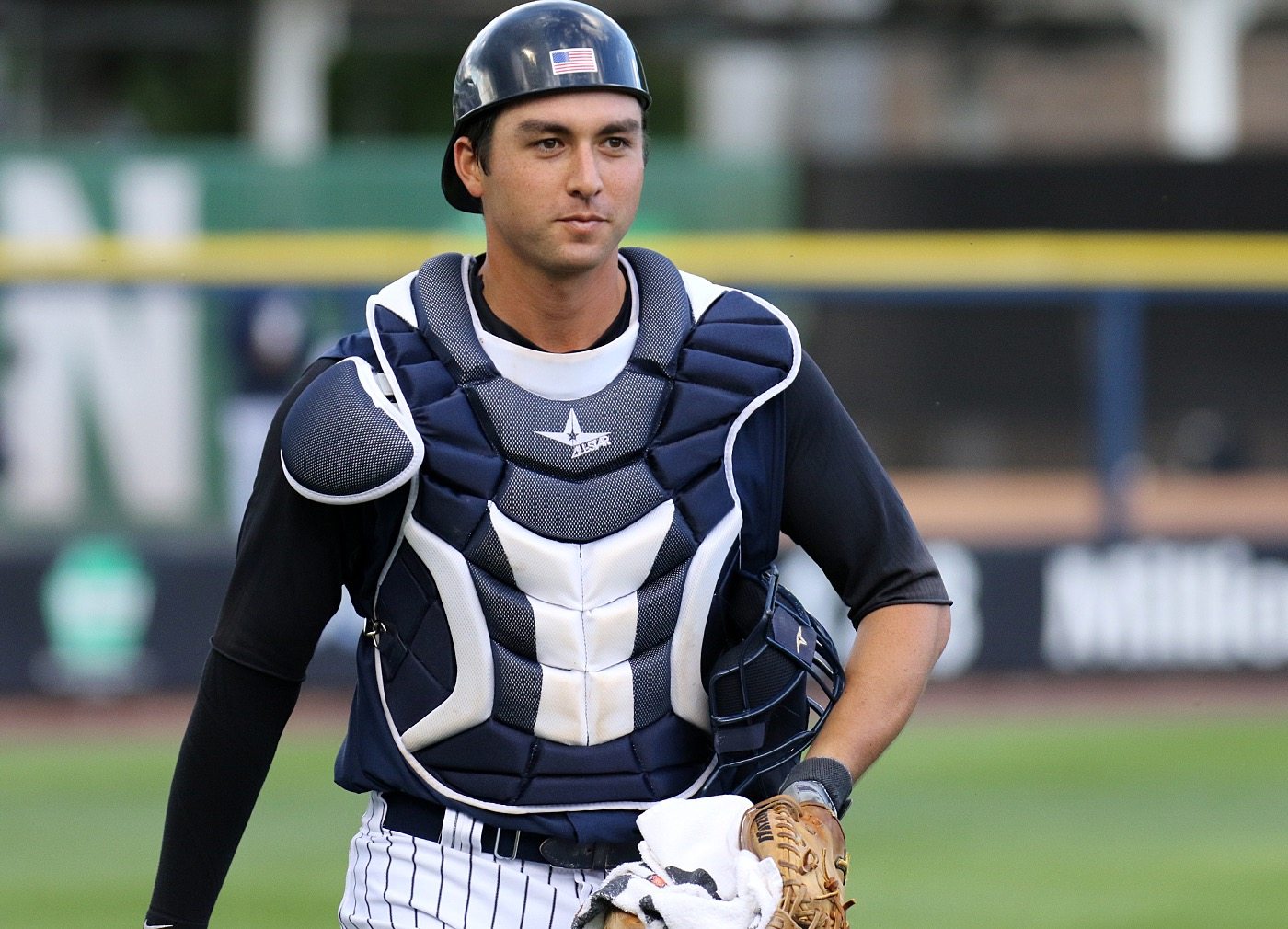 Columbus, Ohio – The SWB RailRiders (Triple-A/New York Yankees) rode a wave of extra-base hits to defeat the host Columbus Clippers (Cleveland Indians) at Huntington Park on Friday night, 10-7. The RailRiders (34-28) saw seven of their 14 knocks go for extra bases. The Clippers (35-27) lost for just the sixth time over the teams’ last 26 meetings.

Tied 5-5 in the seventh, Kyle Higashioka gave the RailRiders a lead they would not relinquish with a three-run homer, his second big fly of the game.

Columbus fought back with consecutive run-scoring hits by Guillermo Quiroz and Yandy Diaz in the home half of the frame for an 8-7 margin.

In the ninth, the Clippers intentionally walked Higashioka to load the bases with nobody out. Cesar Puello then doubled the opposite way, driving in two.

Johnny Barbato (1-2) got the win in relief despite allowing two runs (one earned) over two innings. Josh Martin (0-2) gave up the seventh-inning homer for the loss. Conor Mullee fired two scoreless innings for his fourth save.

The RailRiders return home for a seven-day, six-game homestand on Friday, June 17. It starts with the first of three against the Gwinnett Braves (Atlanta Braves) at 7:05 p.m. The Glow-in-the-Park Friday will see the RailRiders wear their alternate black and neon-green uniforms and post-game fireworks, the latter presented by Jack Williams Tire and Auto. The first 2,500 fans will receive RailRiders shoelaces courtesy of Planet Fitness, which will also present a Man vs. Marathon promotion. Post-game festivities include Dave “The Bullet” Smith, Jr., “The Human Cannonball”, courtesy of the PA Turnpike.

Kyle Higashioka finished the night 3-for-4 with two homers, five RBIs, a walk and three runs scored. Since going 0-for-4 in his first Triple-A game of the season, “Higgy” has hit safely in 10 straight, going 18-for-39 (.462) with four doubles, five homers, 13 RBIs and 11 runs scored. His intentional walk on Friday was just the third of his nine-year pro career, and his first since April 27, 2011 when his Advanced-A Tampa Yankees visited Daytona. That intentional free pass was given by future big leaguer Jeff Beliveau. Beliveau, coming off labrum surgery, is currently with the Orioles’ Advanced-A team in the Carolina League, the Frederick Keys.

Higashioka’s career-high five RBIs tied Chris Parmelee’s performance at Louisville on May 19 for the most by a RailRider this season. Parmelee also homered twice on that day, also the team’s high-water mark for a single game in 2016.

Tyler Austin doubled three times as the clean-up man.  He drove in a run and scored twice. He has six doubles and two homers in just seven games and 29 plate appearances with this year’s RailRiders, hitting .407.

Austin became the first RailRider to double thrice in a game since Ali Castillo turned the trick at Syracuse in last year’s regular-season finale on Sept. 7, 2015. Castillo is now with the Giants’ Double-A team in Richmond, Va.

Cesar Puello went 4-for-5 with two doubles, two RBIs, a stolen base and a run scored. His lone out came on his bunt to pitcher Ryan Merritt. He was called out on a close play, but replay appeared to show that he reached the bag ahead of the throw.

The RailRiders need just one win over the series’ two remaining games to notch SWB’s first series victory at Columbus since the vagabond SWB Yankees took three of four from May 19-22, 2012. SWB had lost 10 of 11 at Huntington Park until Friday’s victory.

Luis Cessa, in his first appearance since tossing for the big club on May 28, lasted just 1.1 innings on 50 pitches (32 strikes). It marked the shortest outing for an SWB starter since Bryan Mitchell recorded just one out at Norfolk on May 11, 2015.