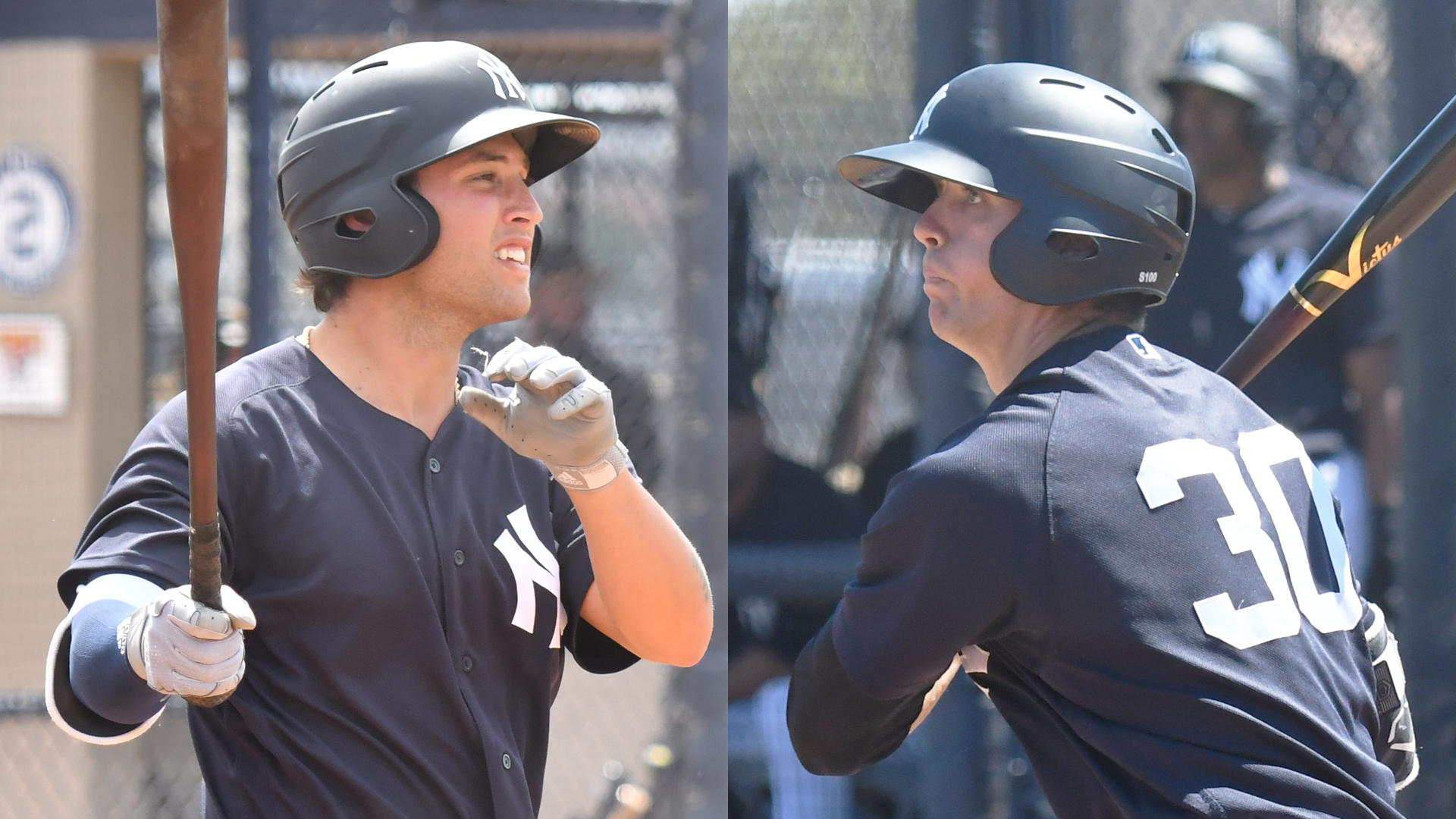 Brandon Wagner (left) and Ben Ruta (right) are happy to begin the season playing close to wear they both grew up. (Robert M. Pimpsner)

TRENTON – As a kid growing up 15 minutes away from ARM & HAMMER Park, going to a Trenton Thunder game at least once a year was something I could always count on happening.

Whether it was my local Little League’s appreciation night at the ballpark celebrating another great season, a major league rehab appearance, or just going to a game because I loved the sport of baseball, I, like so many others in the area, found myself taking in a game at the ballpark located on the banks of the Delaware River.

In my youth, I always wanted to play for the Trenton Thunder; I always wanted to hit a home run that landed in the river, it was something that I dreamed of in my backyard, throwing up baseballs to myself and hitting them as far as I possibly could.

For two current Thunder players, however, their dream has turned into a reality. 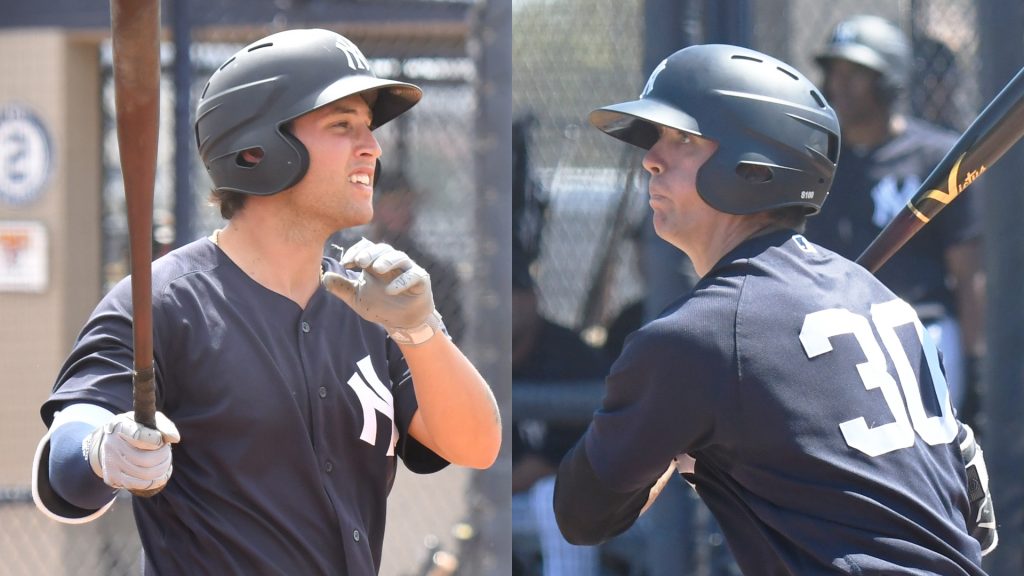 Brandon Wagner (left) and Ben Ruta (right) are happy to begin the season playing close to wear they both grew up. (Robert M. Pimpsner)

Mercer County natives and Thunder teammates Ben Ruta and Brandon Wagner had fond memories attending Thunder games as kids, and both just so happened to see Yankee legend Derek Jeter when he rehabbed in Trenton in 2011.

“I came to at least 15 or 20 games,” Ruta said. “Came to all the rehab games: Jeter, A-Rod, Bernie, Roger Clemens. Just sitting right behind the dugout, I came to the baseball camps so when you say it’s a homecoming, it’s kind of a full circle moment. Even last year coming back, I felt just ‘wow this is crazy that I’m in the clubhouse now’ because when you’re a kid that’s what you dream of.”

“I remember the Jeter rehab game and showing up for batting practice and just walking around,” Wagner said. “I think we have a picture of that in my house somewhere of that game and that always just comes to my mind walking on the same field as he rehabbed on and being in the clubhouse, it’s pretty special.” 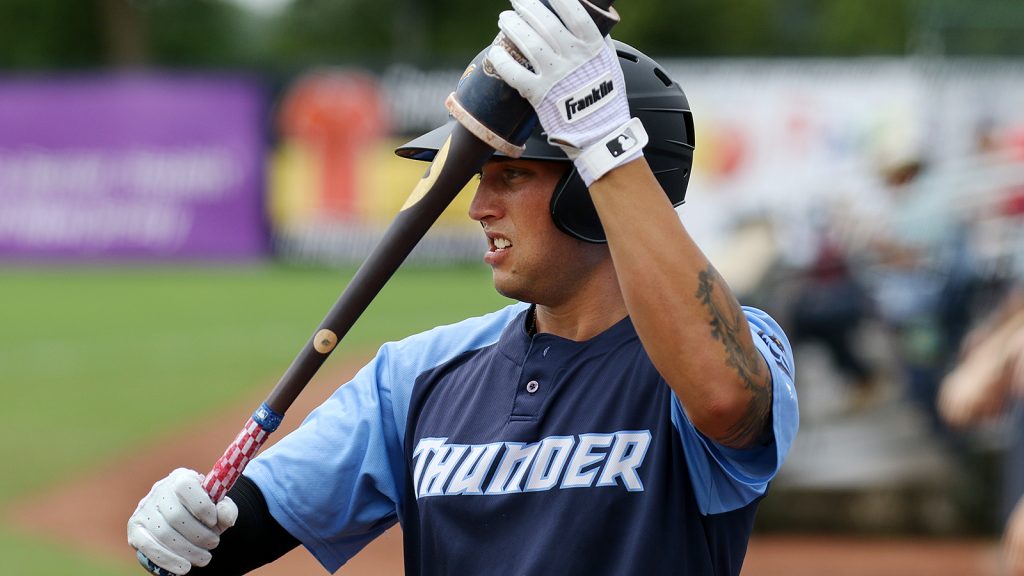 Brandon Wagner had a brief stint with the Thunder at the end of last season. (Martin Griff)

“Everybody asked where’s the best spot to go after the game, go get some food and like personally I don’t know,” Wagner said. “I just go home, eat some home-cooked meals, go and get some pizza or something like that but yeah a bunch of guys ask.”

As a Minor League baseball player, Being home can take a huge weight off your shoulders. Not dealing with the stress of finding a place to live can be beneficial.

“Yeah I mean it’s always nice to be home and be familiar with the area and just kinda just put all of the unknowns at ease because we’re just so familiar with it,” Ruta said.

“I think it’s pretty easy to come home,” Wagner added. “Beginning of the season guys are looking for places to live, and for us, we were able to just to get back and just concentrate on baseball and not worry about all of the other stuff, I think that’s probably the easiest part about playing so close to home.”

For both players, this isn’t their first appearance in Trenton as members of the Thunder. Ruta began the year in Trenton last season as a result of a few injuries throughout the organization. While in Trenton, Ruta slashed for .314/.366/.397 with 13 RBI’s in 36 games. He was then sent down to High-A Tampa where he spent the rest of the year. 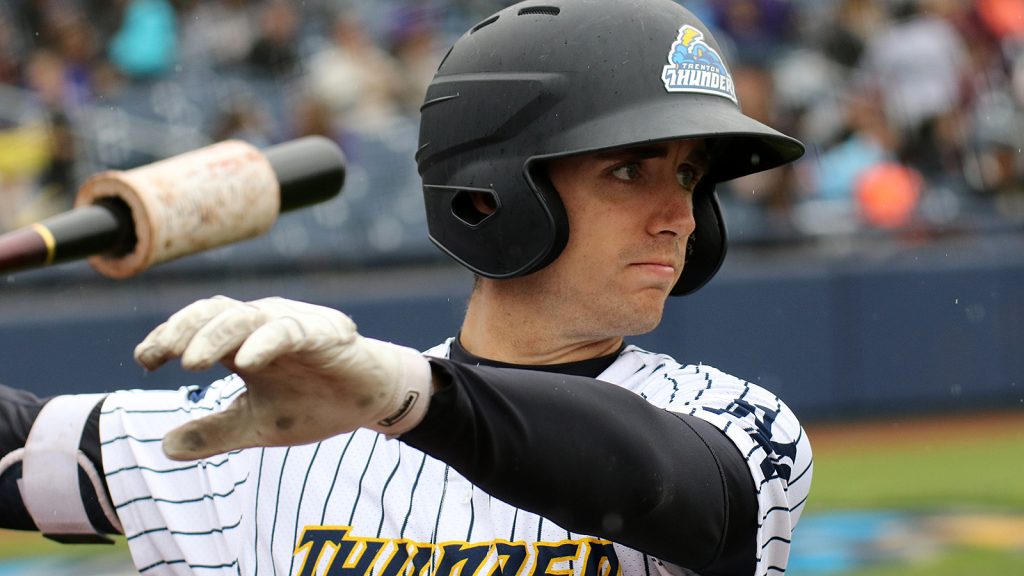 Ben Ruta began last year with the Thunder and was among the league leaders before being sent down to Tampa. (Martin Griff)

“It’s nice to fall back on that experience this year because it’s not anything new now,” Ruta said. “I kinda know what to expect and I know I can compete at this level so I’m definitely going to look back on those experiences last year and lean on them in the beginning of the season and try to get off to a similar start but just going into this season with that confidence that you’ve already been at this level and had some success is something that kind of puts your mind at ease a little bit.”

Wagner, on the other hand, was the opposite, beginning his season in Tampa then shooting up to Trenton to close out the season. Wagner had a slash line of .262/.390/.346 with one Home Run and 10 RBI’s in 37 games.

“I started last year, got off to a pretty hot start and came up here, struggled a little bit,” Wagner said. “I think just getting accustomed to a new place, the competition is a step-up so taking last year, the down weeks, the up weeks, just kind of putting it all together, nothing’s new, I spent a month here last year, so I’m used to it, it’s a new year, just looking forward to the start.”

Wagner took home the Yankees 2018 Minor League player of the year honors due to his contributions last season.

“It’s a great accomplishment, but I couldn’t have done it without the teammates,” Wagner said. “If you look up and down that lineup (in Tampa), anybody could’ve gotten that award, and I got up here and the same thing.”

The two spent last season as roommates on the road in Tampa, and both try to pick each other’s brains throughout the season.

“We have a good relationship where we trust each other a lot with being open with changes,” Ruta said. “He’ll give me an honest answer; I’ll give him an honest answer, so it’s also good to have a guy like that who you’re working out with and have to go through the season with.”

One thing that is for sure is that between the two of them, there will surely be a lot of ticket requests coming from family and friends throughout the season.

“I’m sure we’ll have to take some other peoples tickets that aren’t using them,” Ruta said.