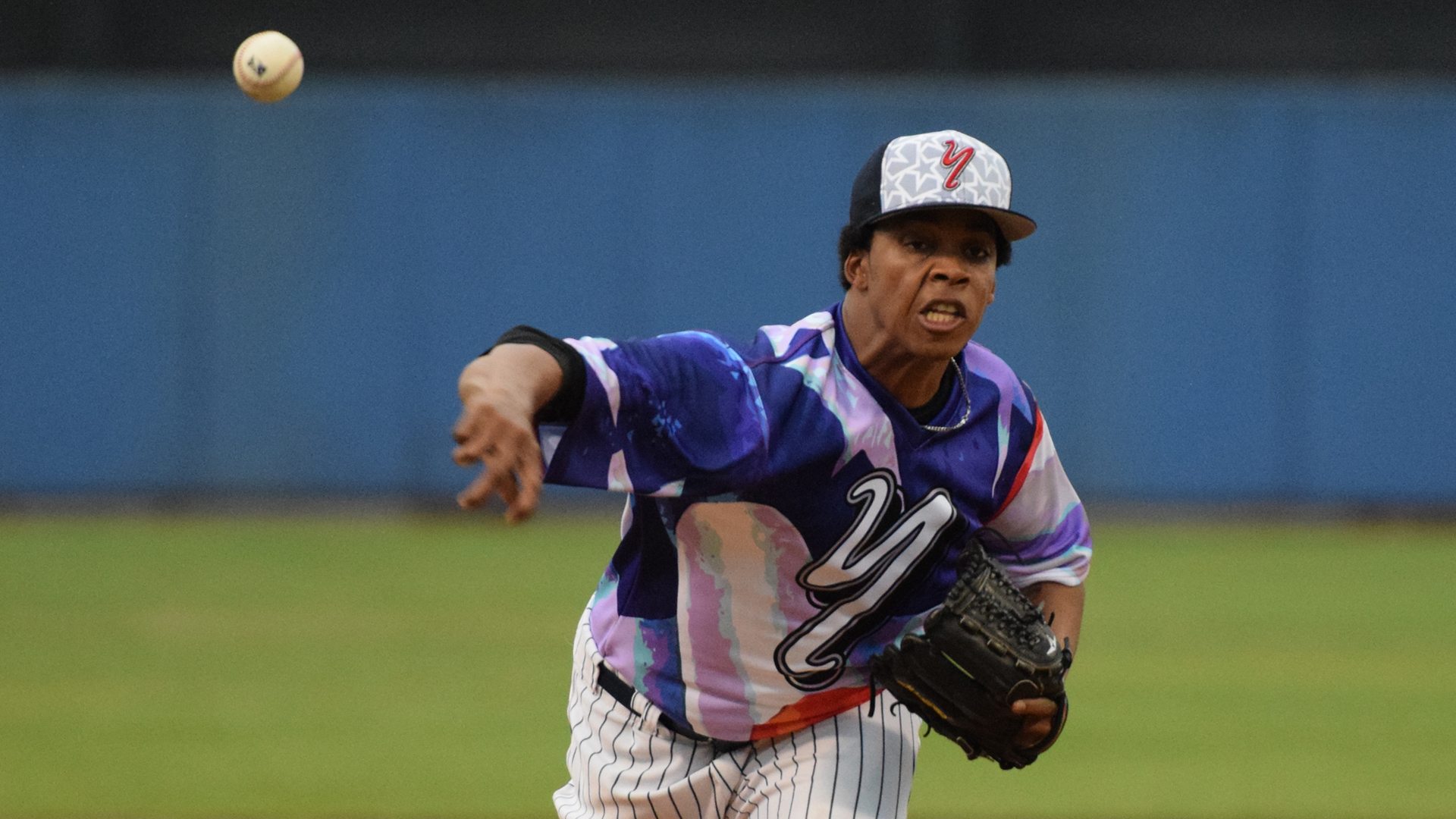 STATEN ISLAND, NY- The Staten Island Yankees have opened the 2016 New York-Penn League season as winners of six consecutive series. Clutch hitting and quality starting pitching have fueled the club and the Baby Bombers are the class of the league. Facing the rival Hudson Valley Renegades for the second time in one week, the Baby Bombers were hoping for some holiday fireworks but were unable to stop the running game of their opponents and fell to a 3-2 final score.

The Renegades took the final game of their last meeting with the Yankees in Wappingers Falls and picked up where they left off, scoring Monday’s first run on an RBI double by Jose Rojas in the second inning against Yankees’ starter Simon De la Rosa, who allowed eight hits and two runs, while striking out ten in 6.2 innings in a no-decision. “Tonight he pitched well. In the seventh inning, he basically ran out of pitches. He had his breaking ball working for him. He was aggressive with his fastball and he did a heck of a job,” Yankees’ manager Dave Bialas said.

Sporting an Independence Day-themed red, white, and blue jerseys, the Yankees were unable to muster more than one hit through the first five innings against Renegades southpaw Travis Ott, who in four starts has not allowed an earned run this season. Against Staten Island, Ott was almost impeccable, pitching five shutout innings and allowing just one hit and two walks. A double to right field by Luis Torrens in the second inning was the lone Yankees’ hit against Ott in the game and one of just four hits for his team in the game. “Luis can hit. “He has a short stroke to the ball and his arm is healthy now. He is a future major league ballplayer without a doubt,” Bialas said.

Torrens, the 11th best prospect in the Yankees’ farm system, also showed his prowess behind the plate, throwing out former Nebraska outfielder Ryan Boldt attempting to steal second base in the opening inning as he continues to work his way back from missing the 2015 season due to shoulder surgery.

Against drizzling rain and less than ideal weather conditions, Renegades manager Tim Parenton put pressure on his opponents by constantly using the running game to manufacture runs. This trend was most evident in the fifth inning when shortstop Jose Pujols led off the inning with a bunt single, stole second base, and eventually scored on a Jake Fraley ground out to extend the Hudson Valley lead to 2-0.

Ott gave way to reliever Brandon Lawson in the sixth inning, and as the fireworks appeared in the distance of the ballpark, the Baby Bombers began to rally. With two runners aboard to open the frame, Kane Sweeney reached base on a Rojas error at first base, allowing Ricardo Ferriera and Nick Solak to score and tie the game.

Struggling to score runs all season, the Renegades once again turned to the running game to generate offense in the eighth inning. With USC product Brooks Kriske on the mound, Angel Perez led off the inning with a walk, advanced to third on a sacrifice bunt and scored the go-ahead run on a Kriske wild pitch in the dirt to seal the victory. “They (Hudson Valley) are aggressive on the basepaths. They like to run. Basically, we have to stop their running game and be a little bit quicker to the plate to make the plays, because they will run,” Bialas explained.

Following the victory by the State College Spikes over the Tri-City ValleyCats on Monday, the Baby Bombers find themselves in a tie for the New York-Penn League’s best record with a 13-5 mark through the first quarter of the season. Looking to avoid their first series loss of the campaign, the Yankees will send Adonis Rosa to the mound for Tuesday’s game in Hudson Valley. Rosa pitched seven shutout innings in his last outing on June 29 and looks to set the stage for a camp day matinee finale on Wednesday morning in Staten Island.