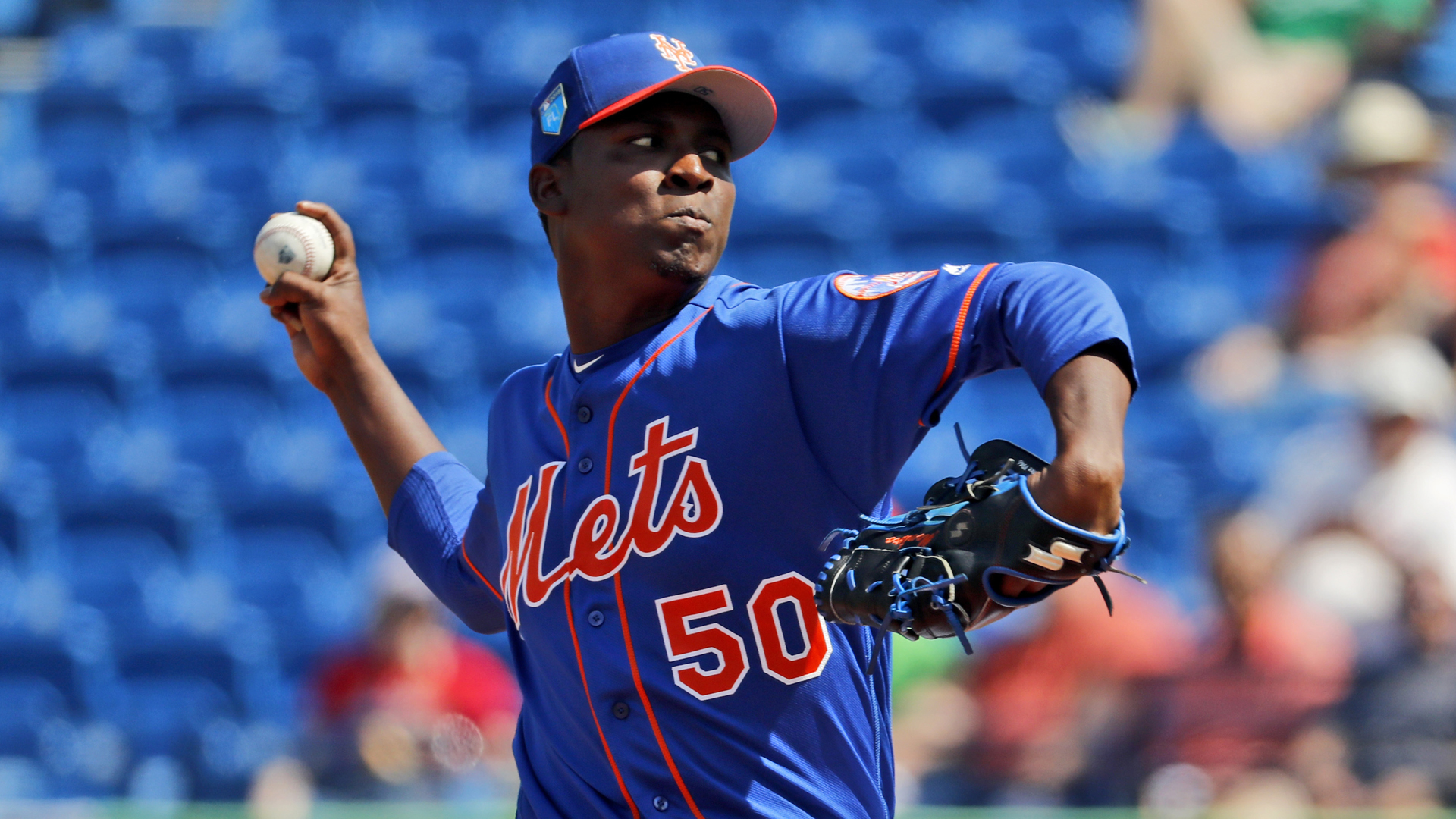 Rafael Montero is the biggest low-risk, high-reward minor league free agent the Yankees could sign.  At one point he was considered the future ace of the New York Mets starting rotation but has not panned out like many thought.

In four major league seasons, he has posted a 6-16 record with a 5.38 ERA, and 189 strikeouts in 192 1/3 innings pitched.  He was slated to compete for a bullpen spot for the Mets in 2018, but after posting a 9.00 ERA and feeling something wrong in his elbow, he had to go under the knife and have Tommy John surgery.

After undergoing Tommy John surgery in late March, he sat out all of the 2018 season as he rehabbed back.

Montero is still young, having just turned 28 on October 17 and there is still a lot of potential.  Signing him to a minor league contract would provide the Yankees with a solid Triple-A starter come May or June when he is ready to return from surgery.

He topped out at 94 mph in 2017 with his fastball, 84 mph with his slider, 88 with his changeup and 93 with his sinker.  Once he is healthy, he would fit into a Triple-A rotation with prospects like Michael King, Chance Adams, and Justus Sheffield.  That does not mean that he could not be an option out of the bullpen too for the big-league club.