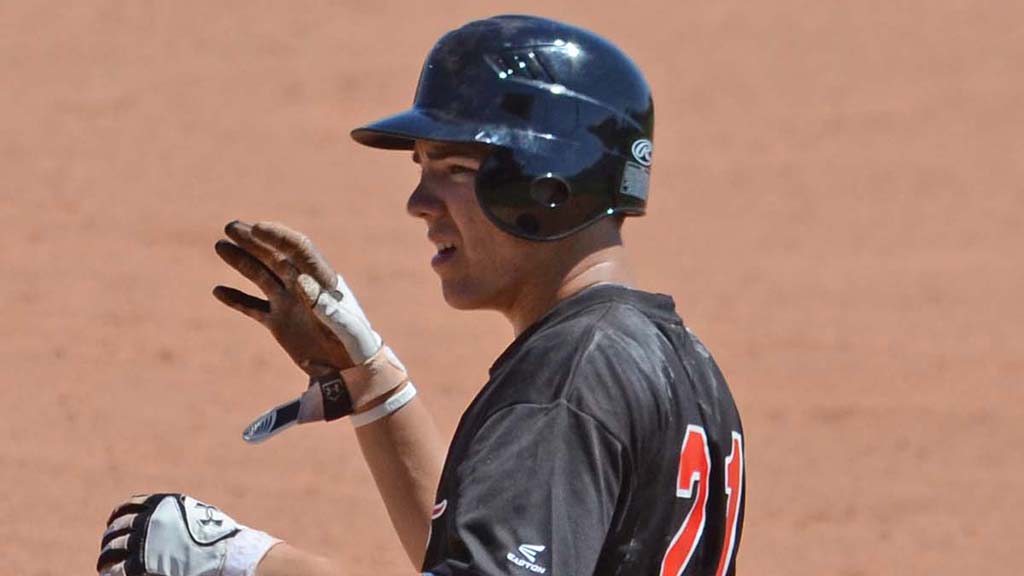 With their eighth round pick of the draft the New York Yankees went back to the high school ranks to select infielder Donny Sands.  The 19 year old prospect spent the majority of his high school career as a shortstop but the Yankees feel he has the tools to play at the hot corner, drafting him as a third baseman.

Donny possess a much need right-handed bat and hit .450 with 36 RBIs in 33 games this past season.  Helping his team finish third in the Arizona State Division II Tournament.  Just before the draft he worked out privately for the Yankees at Steinbrenner Field and left scouts raving about his work ethic, competitiveness and mentality.

Sands is expected to sign quickly, at which point he will head to Tampa, Florida to begin his professional career in the Gulf Coast League.