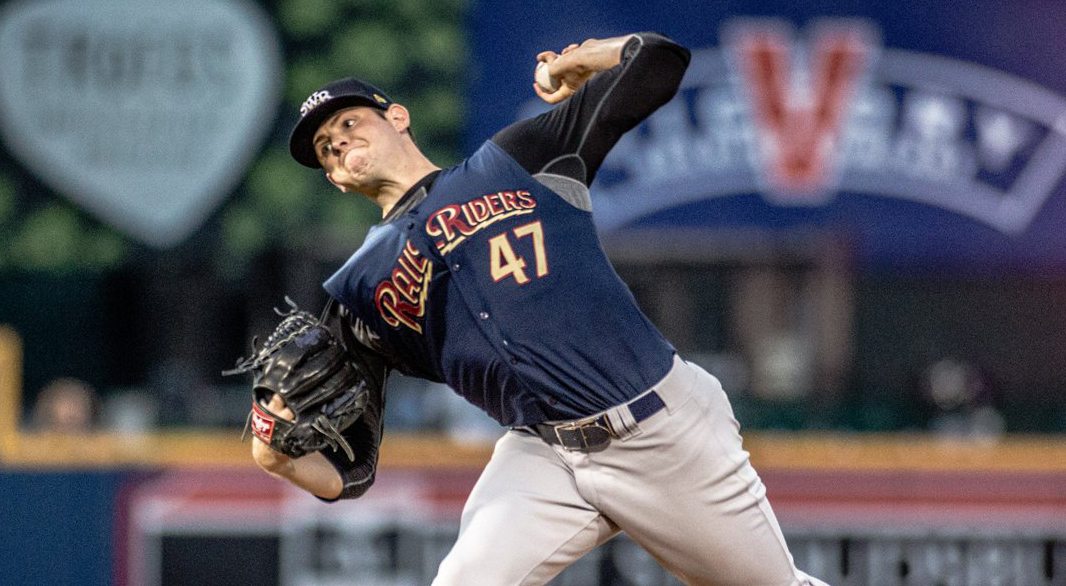 Yankee fans, Jordan Montgomery, is ready to be in the major league rotation. The 6’6 southpaw has wowed many in his quest to make the Yankees out of spring training.

Montgomery tossed 4.1 innings of two-run baseball against the Tampa Bay Rays in Port Charlotte, Florida this afternoon. He struck out eight of the 16 batters that he faced, permitted no walks, and just three hits in his first spring training start. Jordan was 11 for 16 on first pitch strikes.

The Sumter, South Carolina native attacked the Rays hitters by pounding the strike zone. Montgomery threw 69 pitches and threw all four of his pitches for strikes, including his fastball that touched 95 miles per hour.

Jordan worked north, south, east and west, commanding every quadrant of the strike zone. Almost every Tampa Bay hitter was late on his fastball and off balanced on his off-speed pitches.

Montgomery throws on an extreme downhill plane, allowing him to have more deception as he releases the ball. The Rays quickly learned that the hard way.

The outing began with a first-pitch pop out from Tim Beckham. Kevin Kiermaier followed that with a single to right field. Montgomery then struck out Evan Longoria and Rickie Weeks Jr to end the inning. In the first, Jordan threw a string of seven straight strikes.

The second inning began with a triple from Steven Souza Jr. Right Fielder Aaron Judge was very aggressive on the play as he attempted to make a diving catch, instead of playing the ball as a single. The ball ended up getting behind Judge and rolling to the wall as he was unable to come up with the play. Montgomery struck out Colby Rasmus before allowing his first run of the day on a Jesus Sucre sacrifice fly. Nick Franklin followed with a strikeout swinging on a changeup down and away.

Montgomery retired Mallex Smith, Tim Beckham, Kevin Kiermaier, Evan Longoria, Rickie Weeks Jr, and Steven Souza Jr in order in the bottom of the third and fourth respectively. He tossed four strikeouts over the two innings, including a string of three in a row in the fourth inning.

Colby Rasmus became the ninth batter in a row to be retired by Montgomery as he led off the bottom of the fifth with a groundout to second base. The next hitter, Jesus Sucre, proved to be the final batter for Jordan due to pitch count restrictions. Sucre ended up singling on a ball lined to center field. The Rays catcher would come in to score later in the inning, giving Montgomery another earned run.

In all, it was a great day for Montgomery and the Yankees. A leading candidate for the fifth starter spot in the rotation has emerged.