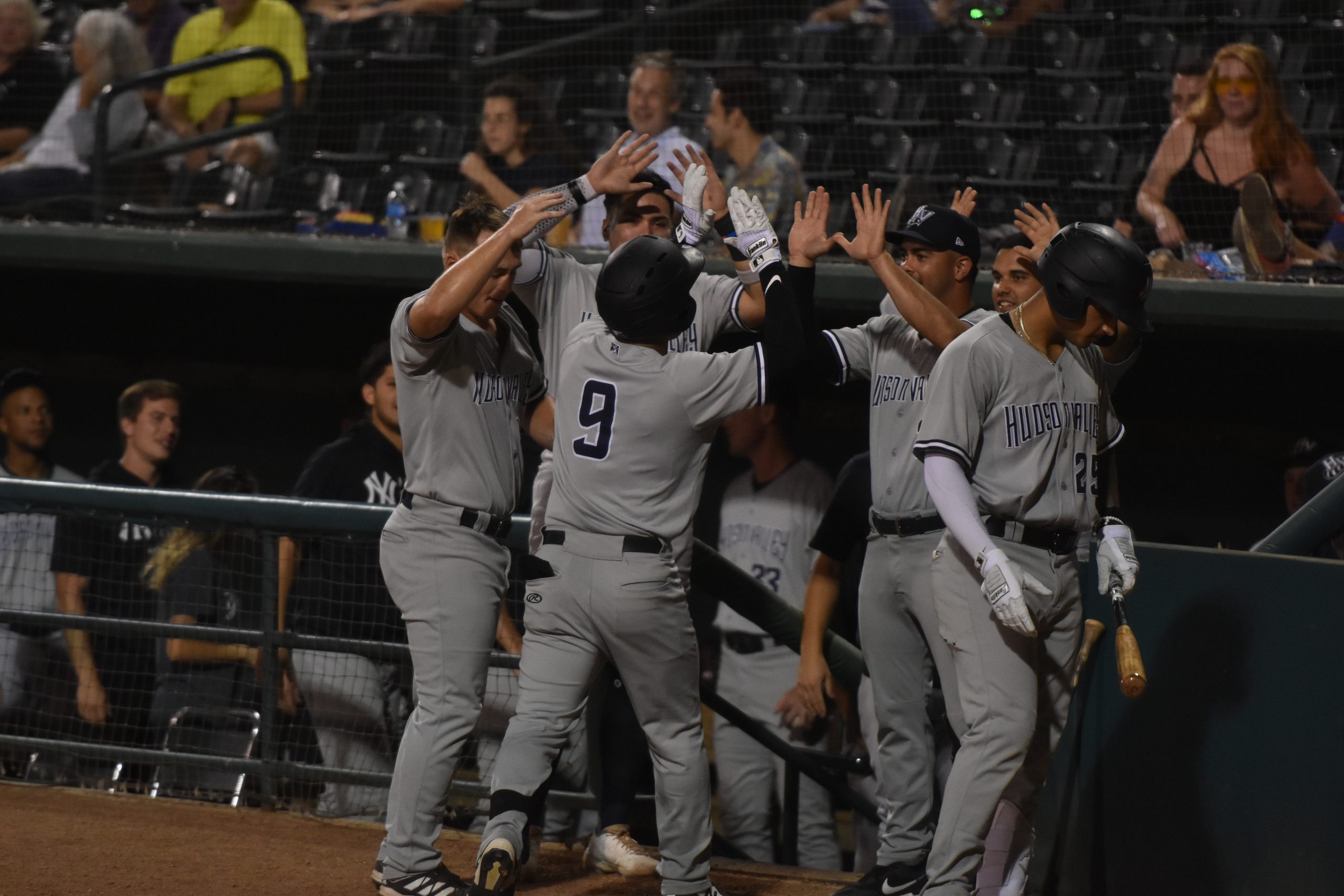 Dillon Lawson has been promoted to major league hitting coach for the New York Yankees, reports The Athletic’s Lindsay Adler.

The Louisville, Kentucky native had served as the organization’s hitting coordinator since October of 2018. Before that, he spent the 2016 and 2018 seasons as a minor league hitting coach with the Houston Astros, and the 2017 season as the hitting coach at the University of Missouri.

Lawson brings a young and analytically motivated mindset to the Yankees big league coaching staff. With help from advanced metrics and technology, his main goal is to increase exit velocity and maximize the outcome of each swing, while working walks and waiting for the right pitch. Through his time in the Yankees farm system, he implemented the hitting philosophy of “hit strikes hard.”

What does hit strikes hard mean?

“It’s not, ‘I’m going to look for this pitch and hit it hard’, it’s ‘I can hit offspeed strikes, fastball strikes, changeup strikes,’ minor league first baseman Eric Wagaman explained earlier this year. “It doesn’t have to be a cookie in order to do some damage with it.”

“It’s being able to put your best swing on every pitch,” minor league coach Aaron Bossi said in August. “It’s not, we’re at two strikes, so we’re giving up just so we can put a ball in play. It’s, we’re still picking a good pitch to hit and we’re going to put our swing on it.”

To implement this philosophy, Lawson and the Yankees organization emphasized making pre-game batting practice less casual, and more tedious. Often in pre-game BP, two machines will be brought out, one set to a high-velocity fastball, and one to a high intensity breaking ball. Coaches will rotate which machine they drop the ball into at random.

The effectiveness of Lawson’s hitting philosophy was put on full display in the 2021 Minor League Baseball season which saw three of the four New York Yankees full-season farm teams win their division and featured an organizational record of 284-188 (second best record in baseball).

The Yankees 626 total home runs hit between Low-A and Triple-A in the 2021 Minor League Baseball season registered third of any organization.

Exit velocity was also something the organization began to focus on. Many of the batting cages at team facilities feature radar guns to capture exit velocity. Although it may sound basic, it is a unique addition that motivates players to simply hit the ball harder and adds a competitive aspect to daily batting practice. Another training tool the minor leaguers use is weighted bats to help improve bat speed.

During batting practice and intrasquads, Yankees minor leaguers wear Blast Motion Sensors, a sensor that attaches to the knob of a baseball bat and collects data including launch angle, bat angle, bat speed, swing plane, hand speed, and rotational acceleration, among others. The sensor also creates a 3D trace of a swing, which allows players to make adjustments and immediately see the results. They have also made use of high-speed cameras, which can give players and coaches an in-depth look at a swing.

“Our walk to strikeout numbers were really good this year as an organization,” Wagaman said. “We do a lot of plate discipline work and make sure we’re swinging at strikes versus chasing out of the zone.”

In one drill, the system made use of baseballs with small colored dots on them during batting practice, and after the player hits the ball, they call out what color the dot was, emphasizing simply seeing the baseball.

Cabrera hit a total of 22 home runs in over 1,500 at-bats through his first four seasons with the New York Yankees organization. In 2021 following mechanical adjustments Lawson assisted with, Cabrera hit a career-high 29 home runs in only 467 at-bats and won the Double-A Northeast League’s MVP Award. Both Park and Amburgey made their major league debut in 2021.

“The old focus used to be swing mechanics and being on time, but we did more drills on pitch recognition and using machines to see velocity every single day,” Wagaman said. “I think the way we trained prepared everyone better to hit in the games… Everyone bought into it and it was fun to watch.”

The Yankees will reportedly hire two assistant hitting coaches to support Lawson and they currently have an opening at first base coach.