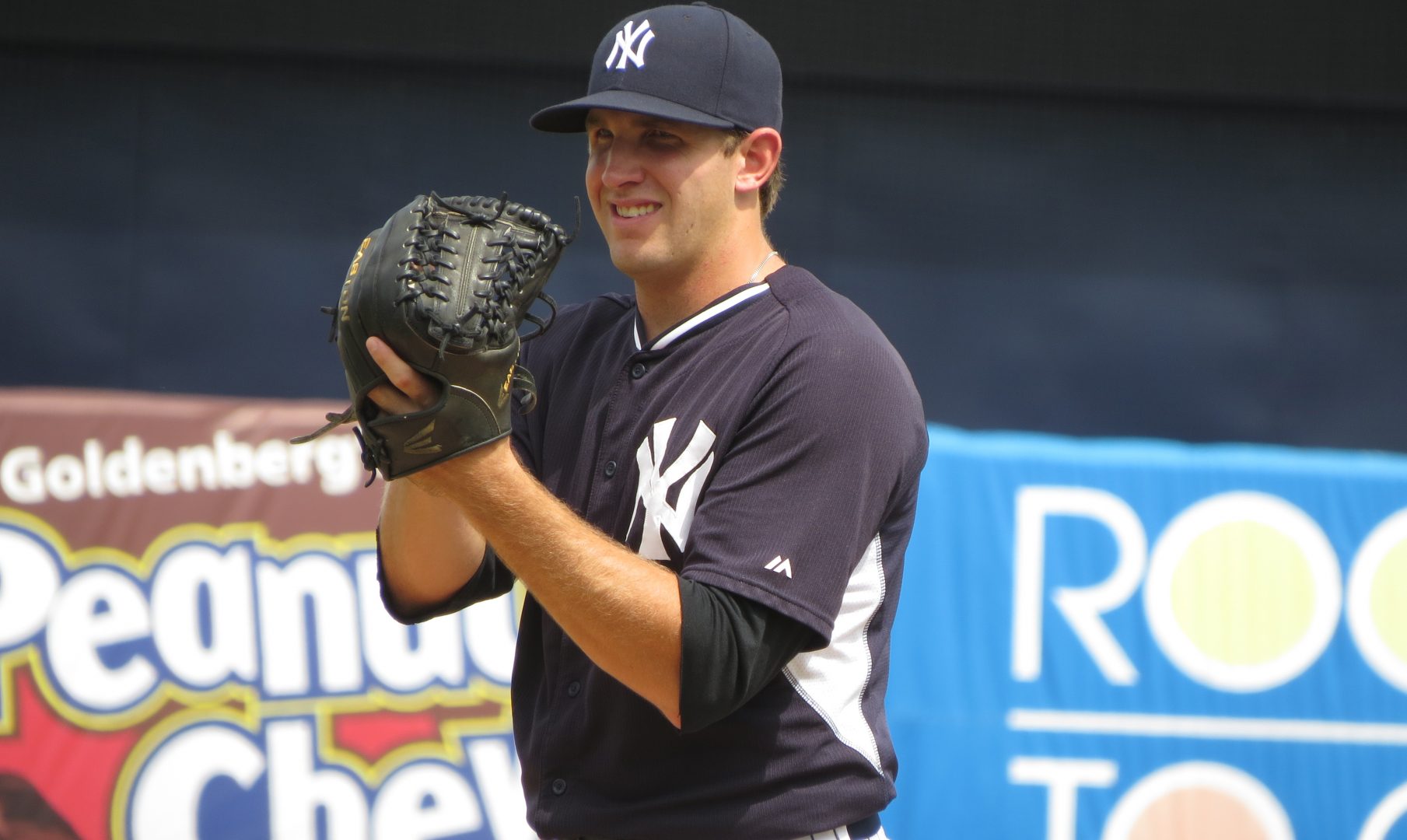 Brody Koerner, 23, was drafted by the New York Yankees in the 17th round of the 2015 First-Year-Player Draft out of Clemson University. He made his minor league debut on June 25th, 2015 in rookie-ball with the Pulaski Yankees and began to rise through the Yankees’ pipeline.

After finishing the 2015 season with a 3-1 record and an impressive 1.23 ERA in 29.1 innings pitched between the Pulaski Yankees and Charleston RiverDogs, Brody started the 2016 season in Charleston. He then was quickly promoted to the Class-A Advanced Tampa Yankees, where unfortunately, he was injured after just two starts, causing him to miss the remainder of the 2016 season.

Among Koerner’s Arizona Fall League teammates was also Tim Tebow, which we discussed in the interview below:

Brody, first I want to thank you for taking the time out of your schedule to conduct this interview. Let’s start by giving the fans a brief introduction.

“My name is Brody Koerner. I’m from Concord, North Carolina. I went to Clemson, and I played there for three years. I’m a right-handed pitcher, and my best pitch is a sinker.”

Can you give us a personal scouting report?

“I throw a lot of fastballs and a lot of sinkers. I throw in mainly to righties, lefties I go fastball/change, to righties it’s more fastball, slider, curveball. Lefties will see curveballs too, I just try and crack the zone with fastballs to get ahead, and stay ahead at that point.” 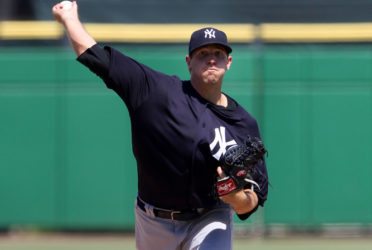 27 SEP 2016: Brody Koerner (51) of the Yankees during the Florida Instructional League (FIL) game between the FIL Yankees and the FIL Phillies at Bright House Field in Clearwater, Florida. (Photo by Cliff Welch/Icon Sportswire)

You were originally drafted by the Yankees in the 17th round of the 2015 Draft out of Clemson University, tell us how the experience of turning pro has been.

“It’s been nice. Other people might have a different experience, but I know in college it always seemed like you always had to be perfect in order to pitch. I would throw, and if I didn’t throw great, I wouldn’t throw for five weeks. In pro-ball, they give you the ball, and if it doesn’t go great, you get the ball again in five days. And so, having that is a confidence thing – your team still needs you to throw, where at school it wasn’t that way. It’s relaxed me, and even though it’s a higher level of competition, in that respect, my coaches have confidence in me to go out and do it, so I had confidence in myself to be able to go out and do it. That’s what I like about pro-ball. It’s more relaxing; it’s more driven towards improving the players.”

In Clemson, you pitched out of the ‘pen, but the Yankees had you stretch out as a starter over the course of your first two years in the minors, appearing primarily as a starter in 2016. Can you tell us a little bit about the adjustment so far?

“At school, I was still mainly a starter. I was the mid-week starter my freshman year and didn’t throw a whole lot. My sophomore year I barely threw at all, but in my junior year I started for 3/4 of the season, so I was mainly a starter, but after getting drafted they mainly wanted to keep innings down, so I was a reliever at that point. Last year [2016] I went back to starting, but for that transition from closing to starting, I took Kyle Haynes‘ advice. He did the same thing, and he’s with the Yankees. He told me to ‘treat each inning like it’s a save situation, try and  put up a zero, and then go back out and do it again until they tell you to stop.’ The was a piece of advice that I’ve hung onto and I like.”

“I had a stress fracture in my elbow. They went in and scoped it out and just cleaned it up, so it’s fine now. Obviously, nobody wants to be hurt during the year. I was lucky that it was only a stress fracture and it wasn’t something worse like Tommy John. I felt like I was in a really good place, so as far as being shut down, it stunk in that respect because I felt like I was in a place where I could have kept growing and growing, but it was at the point where I needed to say something. God has his way of working things out, so we’ll see how it turns out.”

You resumed pitching in September and pitched for the Scottsdale Scorpions in the Arizona Fall League, so is it safe to assume your healthy and ready to go for 2017?

“Yes. I felt good down in Scottsdale. In my first couple of outings, I was knocking off a little rust. I threw in one actual game during instructional league, and then went straight to Scottsdale. The difference in competition level from the fall league and instructs in a little bit different, so I was trying to adjust and get back in that mode. After that, I felt like I was in a good place and my stuff started coming back, so everything feels good.”

How was it out there being teammates with Tim Tebow and facing some of the best prospects in the minors?

“Tebow is a great guy! Everyone gives him a hard time; he still has a lot to learn, but he’s a good guy to have around on a team. He was fun to play with. He was a guy that I watched when he was in college and even in the NFL, and I remember him winning a playoff game with that 80-yard touchdown pass to Demaryius Thomas. It’s cool to be able to see someone like that and talk with them and just see that he’s a normal guy.

Playing against guys of that caliber out there was a great experience. As you move up those are the kind of guys your going to face, so to be able to see a sneak-peak of what it’s like and see what I need to work on to improve and complete at that level was a good experience.”

What are your expectations as we approach Spring Training and the 2017 season?

“I want to end up in Double-A by the end of the year, but honestly I’m not in control of that. I’m going to try and go out there and pitch deep into games, get early weak contact ideally and try to help my team win.”

“I’m going to say Clemson and stick with that. I think DeShaun Watson is big in the fourth quarter. Every time the game is on-the-line, you give him the ball and he always come through. Knock-on-wood, let’s hope it happens again and we win.”

In this article:Brody Koerner, story