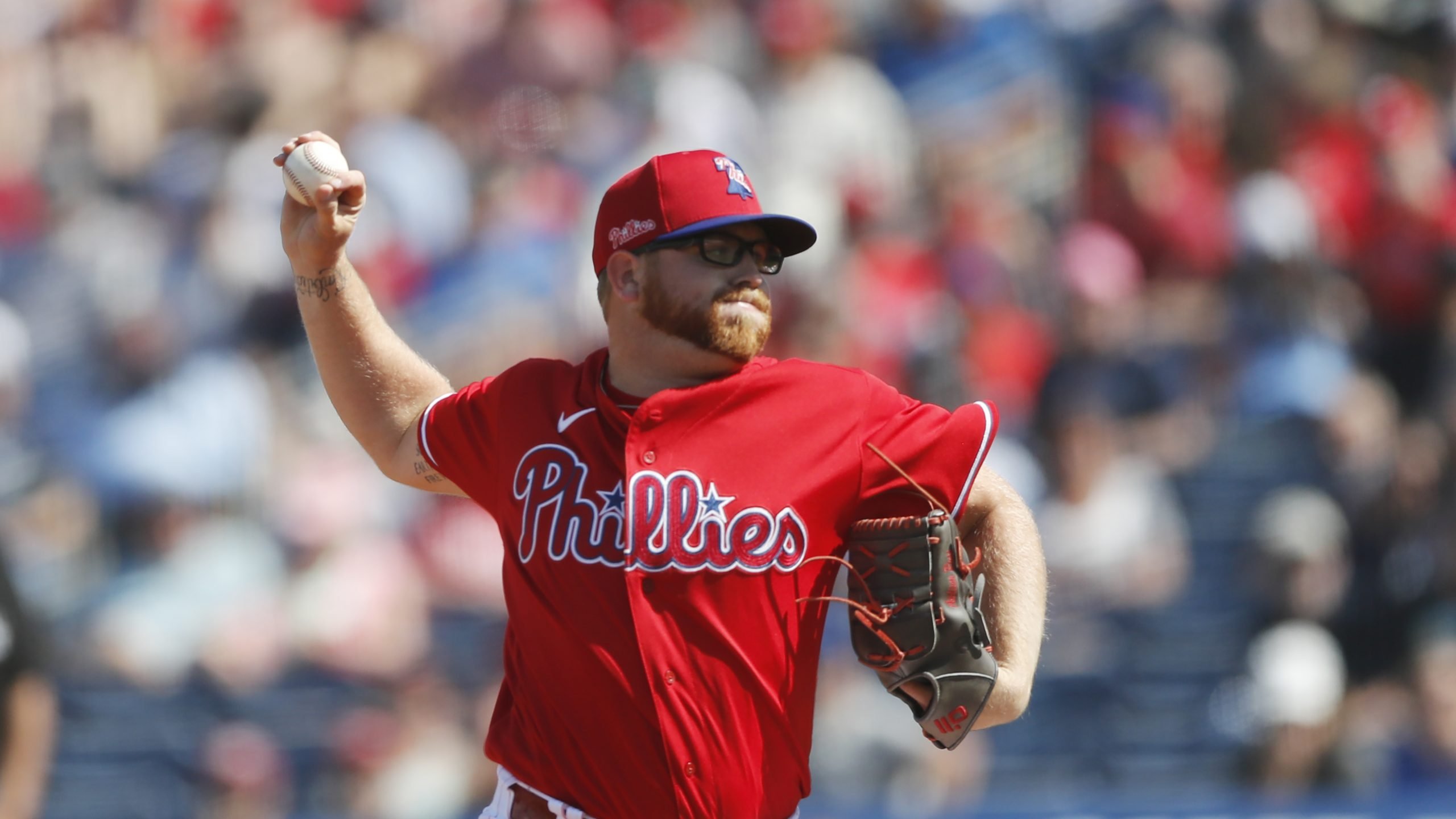 On Friday, the New York Yankees added a new pitcher into their organization. They traded RHP David Hale to the Philadelphia Phillies for 25-year-old RHP Addison Russ. Russ, who was the Phillies’ 19th Round pick in 2017 out of Houston Baptist University, has 200 strikeouts and a 2.48 ERA over the course of 126 career games as a professional reliever in the minor leagues. He is currently at the Yankees alternate training site in Scranton.

Russ was a non-roster invitee to spring training this year for the Phillies after a strong season at Double-A Reading last year. The Eastern League All-Star went 5-6 with a 2.54 ERA, had 81 strikeouts to 20 walks and converted 22 of his 27 save chances in 55 appearances. His 22 saves were the third most in the Eastern Leaguer. The right-hander is well-known for his fastball that can go up to 96 miles-per-hour on the radar gun, but he also has a splitter and a slider in his pitch arsenal.

On the same day he was traded to the Yankees, we got the privilege to talk to Russ about how he has grown as a pitcher in the minor leagues, who impressed him the most on Trenton last year, and an interesting story in where Bryce Harper helped him figure something out about his splitter. So without further ado, let’s meet the newest Yankee. The rest of this interview is exclusive to Pinstriped Prospects Dugout Monthly and Annual Members.  Monthly and Annual Dugout Members get complete access to scouting reports, interviews, and more all with limited advertisements on the website. Click here to sign up!