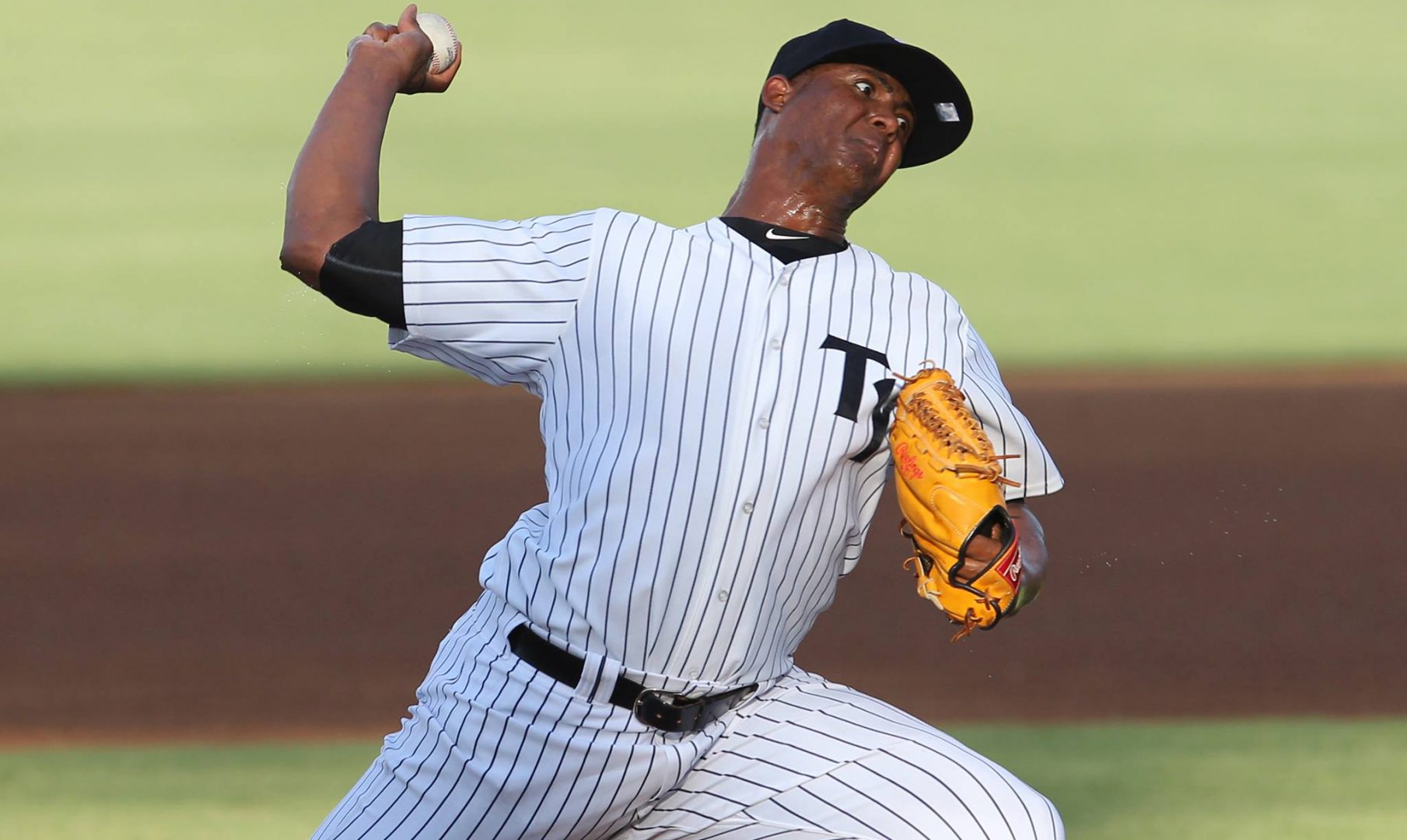 Domingo Acevedo has now reached top prospect status in the excellent New York Yankees farm system. The 6’7 Dominican right-hander towers in at 9th on Pinstriped Prospects’ very own Top-50 prospect list and shows the proficiency to exceed expectation beyond that point.

Acevedo, 22 years-old, reached High-A Tampa last season and was confirmed to have been on the move to Double-A Trenton had he not gotten injured later on in the season. Having pitched nine games in Low-A Charleston, earning a 2.03 ERA before pitching ten games in Tampa with a 3.22 ERA, it was an overall successful season for Ace’ despite being shut down due to injury.

Going into the 2017 season, he is looking to take the next step as a player and live up to rising expectations.  Viewed as a big guy with a fastball to match, Ace has been working on advancing his secondary pitches.

Now Acevedo is heading into the season fully healthy and capable of making the adjustments he started before the injury. We talked to him about his 2016 campaign, pre-season workouts, and where he looks to be moving forward.

First, introduce yourself to readers who might not be familiar with you.

“My name is Domingo Acevedo; I am 22 years-old.  I am a pitcher in the New York Yankees organization.  I throw fastballs, sliders, and change-ups. My velocity is 96-100, but I have reached 103 before.”

What are issues a pitcher of your size has to deal with?

“They (organization) told me control would be my main issue. They also told me it Is great to have the velocity I have. I am always working on my command no matter what. The pitching coaches help me a lot.  When I do bullpens, it will help me do the things I want to do on the mound.”

After your promotion to Tampa, what did you notice first about the change in opposition? How do you counter it?

“Each level the batters are a little tougher. As you get older and start moving up, the hitters become smarter at what they do at-bat. I have my own routine I always go by when I face a batter I know exactly what I need to do between levels. Always trying to execute the pitches, because a batter is a batter, of course.” 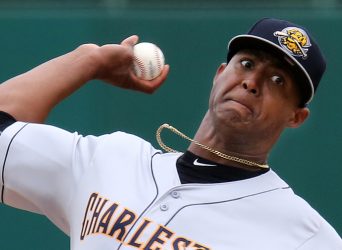 What were some things you were working on from the mound up until the injury?

“I was throwing curves, but now I am throwing sliders. I am always focused on my slider. Just stay as healthy as I can and throw the pitches I have to throw.”

What do you think is your best asset as a pitcher?

“I always try to focus on that first strike, that is my main focus when I am pitching. That is something I always try to do. Pitch every day and compete that is the main thing. “

There’s much expectation on you. Do you let it get to you at all?

“Most expectations are good; there are never that many they are bad. I always try to focus on professionalism, and that is it. When I am on the baseball field, I am thinking about what I have to do.  When there’s something that happens away, that is something different. The positive stuff I take in, to become better.”

Some think because of your size that your future is as a reliever, what do you have to say to that?

“I can be a reliever, I have done it in the Fall League before. I can be starter or reliever, I have the opportunity to be both, but I want to start, and I know I can do that. The organization, pitching coaches, they have always told me I was a starter even though I can do both. Being a starter is my main thing. I will do whatever they need me to do, though.” 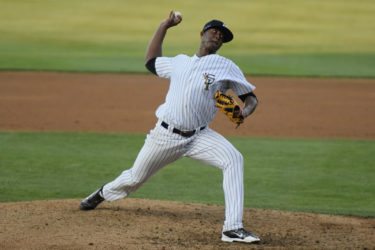 What was the injury that put you down for the season? What did the organization say with the promotion to Trenton?

“It was a minor pull in my shoulder. In ten days I could’ve pitched. The team said there was nothing left for the season, so there was no reason to go back out. What I needed to do I already did. I was told a couple of times I was going to go up there, but they told me to rehab and stay focused. Staying healthy was the main worry.”

To the off-season, what are some workouts you did in Miami?

“I worked my legs out a lot, strengthening, and flexibility. If you are strong with no flexibility, you get hurt easily. Moreover, always staying athletic. People say a lot of big guys are not athletic and that is not true! [laughs]. El Duque (Orlando Hernandez) worked with me in Miami with some mechanical stuff.  How to control the slider, how to better my delivery every pitch, and how to finish my pitches every time.

What do you want the organization and fans to see in you as a person?

“I always want them to see me add a friendly person. They can come over and talk to me whenever, like Jeter, very respectful, very kind. I respect the game and other players. That I respect the teams and my teammates. I want everybody to know me as ‘Ace.’ Someone to be happy for, that I work hard and do everything I have to do.

Acevedo’s efforts in the off-season make 2017 an enticing year for him. Control and command have always been the main issue, perhaps working with a great like El Duque is what was needed to get him past that hump.

He is a very personable guy with the will to be a ‘Jeter-like’ Yankee great. We asked what captains camp was like; his answer solidified that notion even more.

“It was an honor to be in Captain’s Camp. There are some prospects that are an example for the organization. It is not all about talent; it is about the person too, that is why we get picked for it”.

Expect Domingo Acevedo start off the season with the Trenton Thunder and spend at least a majority of the season working on the adjustments he is making. The organization obviously likes him and wants him to be a part of the ‘youth movement,’ and with a team starving for legit pitching talent it should come as no shock.

In this article:Domingo Acevedo, story