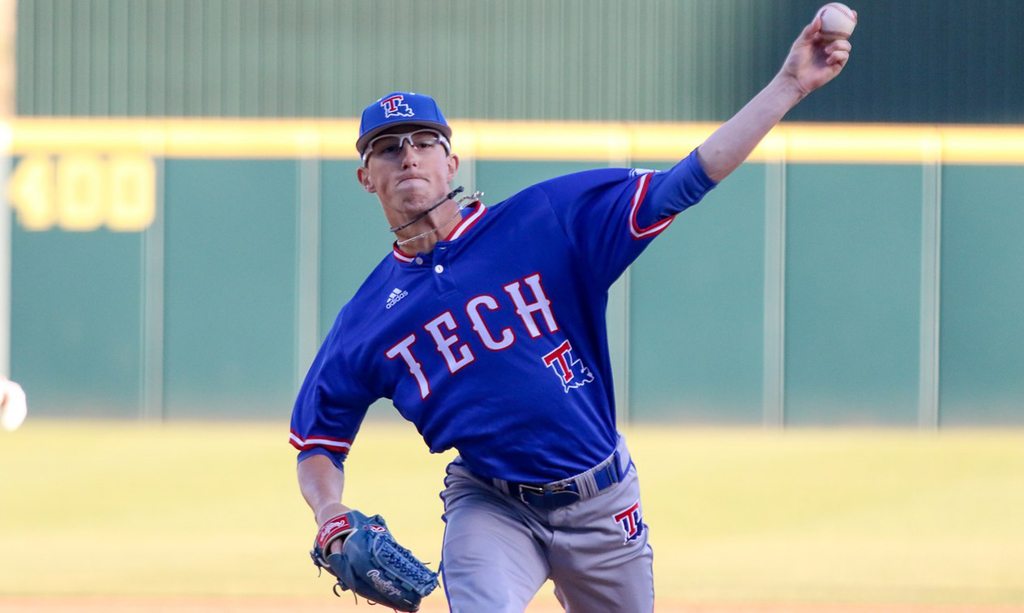 The New York Yankees selected Phillip Diehl in the 27th round of the 2016 Major League Baseball First-Year Player Draft. He is currently a red-shirt junior at Louisiana Tech.

The Cincinnati, Ohio native returned from injury in 2016 and pitched to a 5-5 record and 4.39 ERA in 55.1 innings pitched for the Bulldogs. He recorded 90 strikeouts over 16 appearances (14 starts). The southpaw has been said to have a good slider with an average fastball that sits between 89-92 miles per hour.

Q: Congratulations on being selected by the New York Yankees in the Major League Baseball First-Year Player Draft. What an amazing accomplishment. How did you initially find out that the Yankees were taking you with their 27th round selection?
“A: I saw it on the MLB Draft Twitter feed and then right away I got a phone call from the Yankees saying that they had just selected me in the 27th round.”

Q: Prior to the draft, what where your communications with the New York Yankees Scouting Department?
“A: Very minimal. They came out and saw me in our fall showcase and I filled out one little questionnaire. I think that was about it.”

Q: Leading up to the draft, were the Yankees the organization that showed the most interest in you?
“A: Not at all. I had a lot of National League teams showing a lot of interest in me. The Yankees came out of the blue.”

Q: Do you expect to sign with New York quickly, or do you expect that it will be a longer process?
“A: I am flying down to Tampa on Tuesday, tomorrow actually. I am going to sign there in the morning, get to the facility and then get to work.”

Q: As you can imagine, Yankee fans are always extremely interested in who the organization selects in the draft. Can you give the fans a brief scouting report on yourself?
“A: As a starter in college, I throw a four-seam fastball from 89-92 miles per hour. I throw a slider around 82-84 miles per hour. That’s my out pitch. As a reliever, which I think the Yankees plan to use me as, my fastball can reach as high as 95.”

Q: If you had to compare yourself to a current MLB player who would it be and why?
“A: Maybe Brandon Finnegan of the Reds. Fastball/slider guy.”

Q: Who has been the most influential person (or people) in your baseball career thus far?
“A: That would be my mother. She has done everything she possibly could to allow me to be able to chase my dream.”

Q: You posted pretty dominant strikeout numbers this season for Louisiana Tech. What can you attribute your success to?
“A: Strike 1. Just getting ahead of hitters and then just expanding the strike zone with my slider. Opposing hitters would chase that pitch quite frequently.”

Q: Last Question, before I let you go, can you please describe how your overall draft experience been?
“A: It was a roller coaster. I had been told by pervious teams that I would go day 2 around rounds 5-7. That didn’t happen. Then I was thinking I was going to be selected sooner on Saturday, and that didn’t happen so I stopped watching. We went to the Newport Aquarium in Cincinnati and as I was riding an escalator when I got the call.”

Phillip, thank you so much for your time. Best of luck to you in the future. Hope that you enjoy the rest of the day with your family and friends before you head to Tampa.