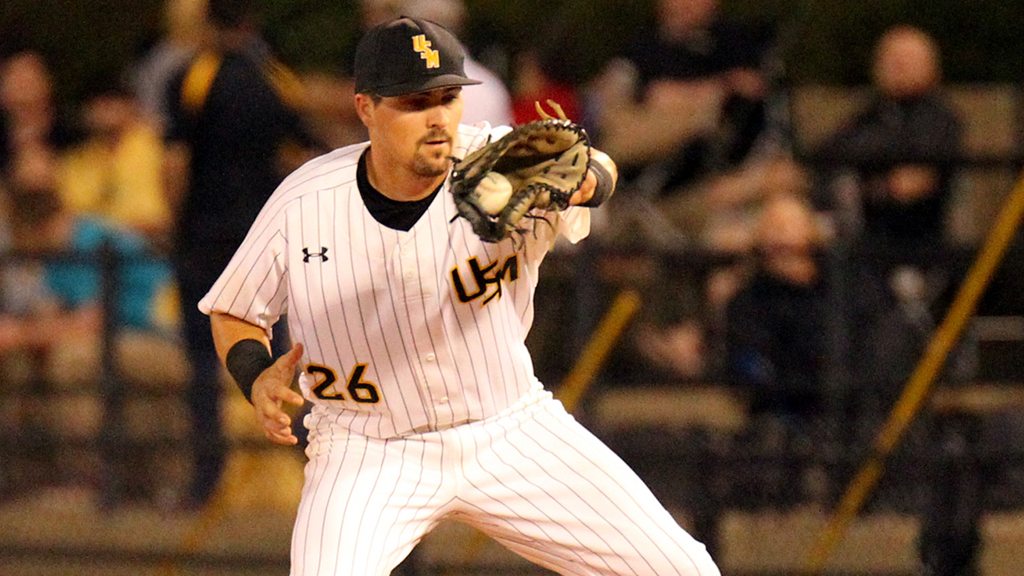 In the ninth round of the 2016 draft the Yankees selected first-baseman Tim Lynch. Lynch was a senior at Southern Miss, and was ranked 22nd best prospect in Mississippi by Baseball America. Lynch is a 6’-2’’ left-handed first-baseman who just finished the best season of his collegiate career. He really put up some great stats and showed that he is a patient hitter, with some pop. Lynch put up the following slash line this season; .365/.470/.545. He also had 10 homers, 59 RBI, and had struck 13 times with 39 walks.

Lynch’s strong year earned him second team All-Conference USA honors, and it helped Southern miss return to the NCAA title picture, after a four-year absence. Below is a short interview, to give some more info, and the type of player Lynch is.

First off I would like to congratulate you on being drafted. How did you find out the Yankees were drafting you in 9th round of the draft?
“Actually, my roommate a shortstop here named Nick Dawson was following it on twitter, we were actually on a boat down here in Destin Florida, and he said hey man you got drafted and sure enough, maybe a minute later the area scout—Mike Wagner—gave me a call and said congratulations. Then we talked about going to Tampa.”

Were the Yankees, the team that showed the most interest in you as a draft prospect?
“Yea, I talked to Mike [Wagner] a decent amount this season and obviously right before the draft. Before the first round of the draft he called me, and asked what kind of money I’d sign for and just to feel me out. And then he called me about an hour before they drafted me. So yea the Yankees and the Padres were the two teams that were most interested in me.”

What was your reaction to getting drafted by a team like the Yankees?
“It was awesome, I mean I was never drafted before. The opportunity to play pro-ball and to wear pinstripes is going to be unreal. You grow up watching those early 2000 Yankees teams, and all the stuff with Jeter recently; you grow watching so much history and tradition. To be honest there isn’t another organization I rather be playing for.”

What team did you root for growing up?
“I kind of had to teams that I rooted for. My parents are from New York; my dad is a huge Yankee fan, so I kind of rooted for the Yankees. But growing up in South Florida I also rooted for the Marlins, you have to root for your local team.”

Can you give us a quick scouting report on yourself as a ballplayer?
“Left handed hitter, I like to think I can hit for average and power; I had a pretty good offensive year. I play a pretty good defensive first-base; I could also play left field. Hopefully I could hit for power, and some contact.”

Would you say you’re a patient hitter?
“I definitely take a lot of pride trying to get a pitcher to get me out, and not getting myself out by swinging at bad pitches. I’m definitely a patient hitter, I don’t like to strikeout. I don’t strikeout much, I take my walks when they give them to me.”

Who has been the most influential person/player in your baseball career?
“Probably my older brother, because he went through a lot of adversity in high school and college playing days; getting cut by some teams and injuries. To see everything, he went through and that he never gave up was a great message for me. He instilled his work ethic in me, which I take a lot of pride in.

He definitely set a great example for and my younger brother as well.”

Your younger brother also plays?
“Yea, he just finished his sophomore year at the same high school, hoping he comes to Southern Miss, Coaches and scouts say that he shows some of the same mannerisms, and is the same type of player I am, except he might be a little more athletic. Hopefully he is looking to put on the black and gold, and hopefully he’ll be able to put on the pinstripes. We’ll see that opportunity is all up to him.”

Who do you model your game after?
“I don’t really have an answer to that question, but a lot of scouts told me of a Sean Casey comparison, because he hit for average and didn’t strike out that much. I like to think I could hit for power too.”

What was your biggest baseball moment of your career?
“Besides for being drafted, I would say when we won that conference game, I don’t know if you saw how the game ended; we were playing in the conference championship game, and we threw a runner out at the plate to win the game. That was the last play of the game, and then you’re dog-piling and hugging all your coaches and teammates in front of 6,000 people at Southern Miss. That was definitely the coolest baseball experience I ever had.”

I saw it reported that you signed, is this accurate?
“No, I haven’t signed yet, but I’m heading down to Tampa tomorrow (Sunday 6.12.16), and I’m sure I’ll sign either tomorrow or Monday. I plan on signing, looking forward to start playing and getting into it, trying to take care of that as quickly as possible.”