[Interview] Get to Know Yankees 10th Round Pick Chad Whitmer 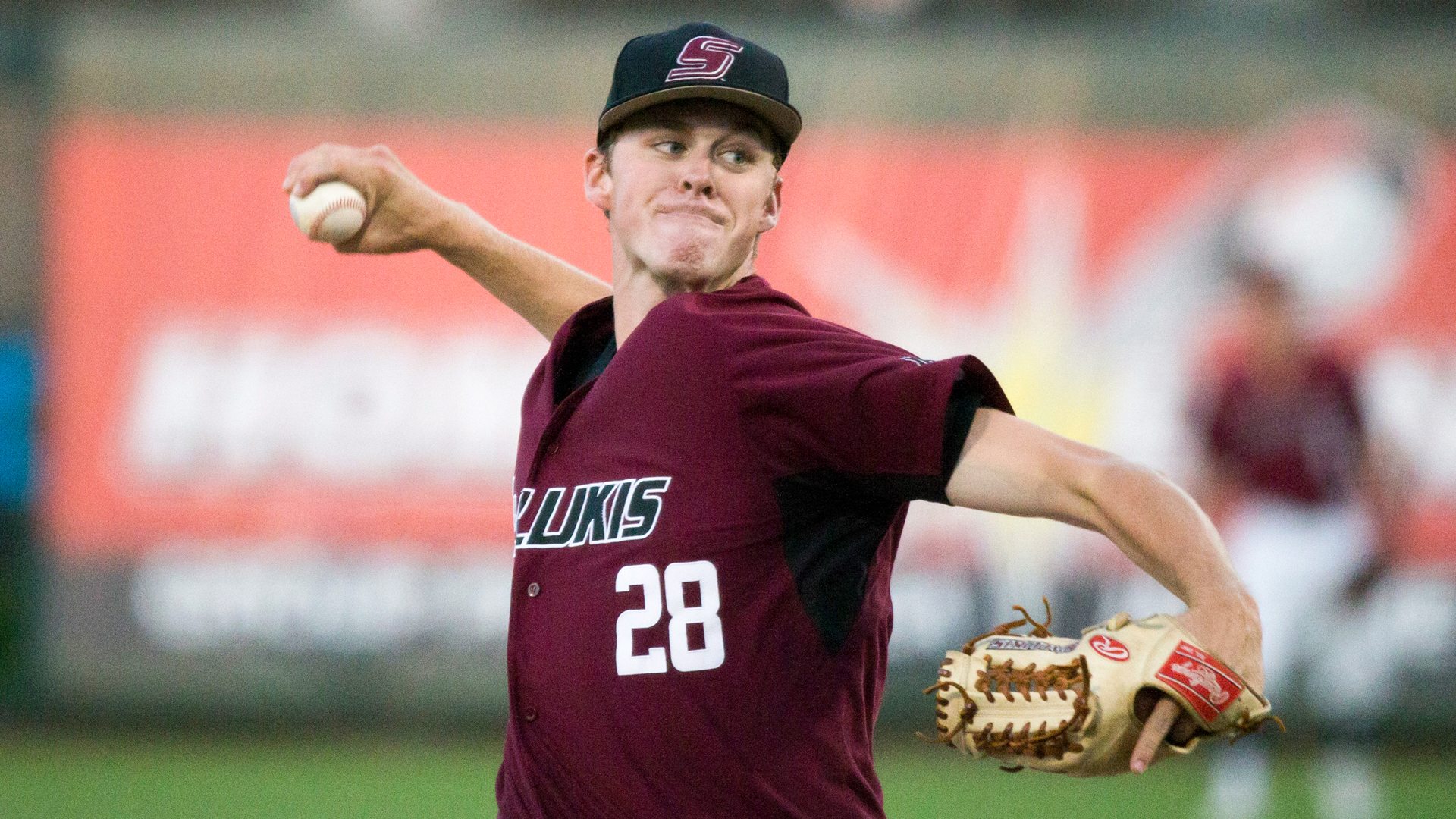 Southern Illinois vs. Wichita State in game 3 of the MVC Baseball tournament on Wednesday, May 24, 2017 at Hammons Field in Springfield, Mo. Jesse Scheve/Missouri State University

The New York Yankees selected RHP, Chad Whitmer out of Southern Illinois with their 10th round pick in the 2017 MLB Draft. He initially served as a relief pitcher during his freshman and sophomore years before moving to the starting rotation in his final two years of eligibility. Whitmer paced the Mountain Valley Conference with 95 strikeouts in 104 innings this spring and earned Second Team All-MVC honors for the second consecutive season.

How did you feel when you learned that you were selected by the Yankees and what do you hope to bring to the organization?

“It was an unbelievable feeling. Nothing I have ever experienced. It was very humbling. Very great opportunity. Was excited when I got the call and I am ready to start competing for these guys and see how far I can get in the organization.”

Where were you where you learned you were drafted?

“I am just sitting at my apartment here in college and was just refreshing the Twitter feed on the draft and all of a sudden, I got a bunch of phone calls and my phone started to blow up, so I knew something was going on and I got a call from the scout who said they got me.”

Were there any other teams that scout you besides the Yankees?

“I had a couple. I had interest from the Yankees, the Dodgers, and the Mariners. That was pretty much the top three. Honestly, I didn’t expect to get drafted on the second day, but I heard some news that it might be a possibility.”

Growing up in South Bend, Indiana, did you follow Norte Dame athletic programs?

“I was about 10-15 minutes away from Notre Dame. I have always been a huge Fighting Irish fan. A lot of tradition goes back with the Yankees and Notre Dame and there are similarities. There is a lot a prestige with both and I am looking forward to learning about the history with the Yankees.”

What steps did you take in your transition as a starting pitcher heading into your junior season?

“I always wanted to be a starter in college. I worked my butt off to get to where I was this season and last season All it takes is an opportunity. During the end of my sophomore year, our Friday pitcher got hurt and I was lucky enough to take that spot during the last couple of games to prove myself and then I was able to start the last two years.”

How important was it for you to return to Southern Illinois for your senior season?

“It definitely helps a lot. I’m glad I was able to play here for four years. I didn’t get drafted last year, so that was a big factor. I was going to return to school, regardless, unless I was drafted really high, but that didn’t happen, so I was glad to be able to finish out my last year.”

For those who have yet to see you pitch, could you give us a scouting report of yourself as a player?

“A lot of strikes. I always try to build my profile around pounding the zone. I throw a curveball, slider, changeup, and a fastball. I just a competitor. If you don’t know that, you will learn it eventually. I’ll go out there and give my team the best shot, no matter what.”

Who has had the biggest impact on your career thus far?

“I have to say my pitching coach down here at Southern Illinois, P.J. Finigan. He has changed me not only on the field as a pitcher, but as a person too with the whole maturity thing and he’s made me the man who I am today.”