[Interview] Get to Know Yankees 2017 9th Round Pick Austin Gardner 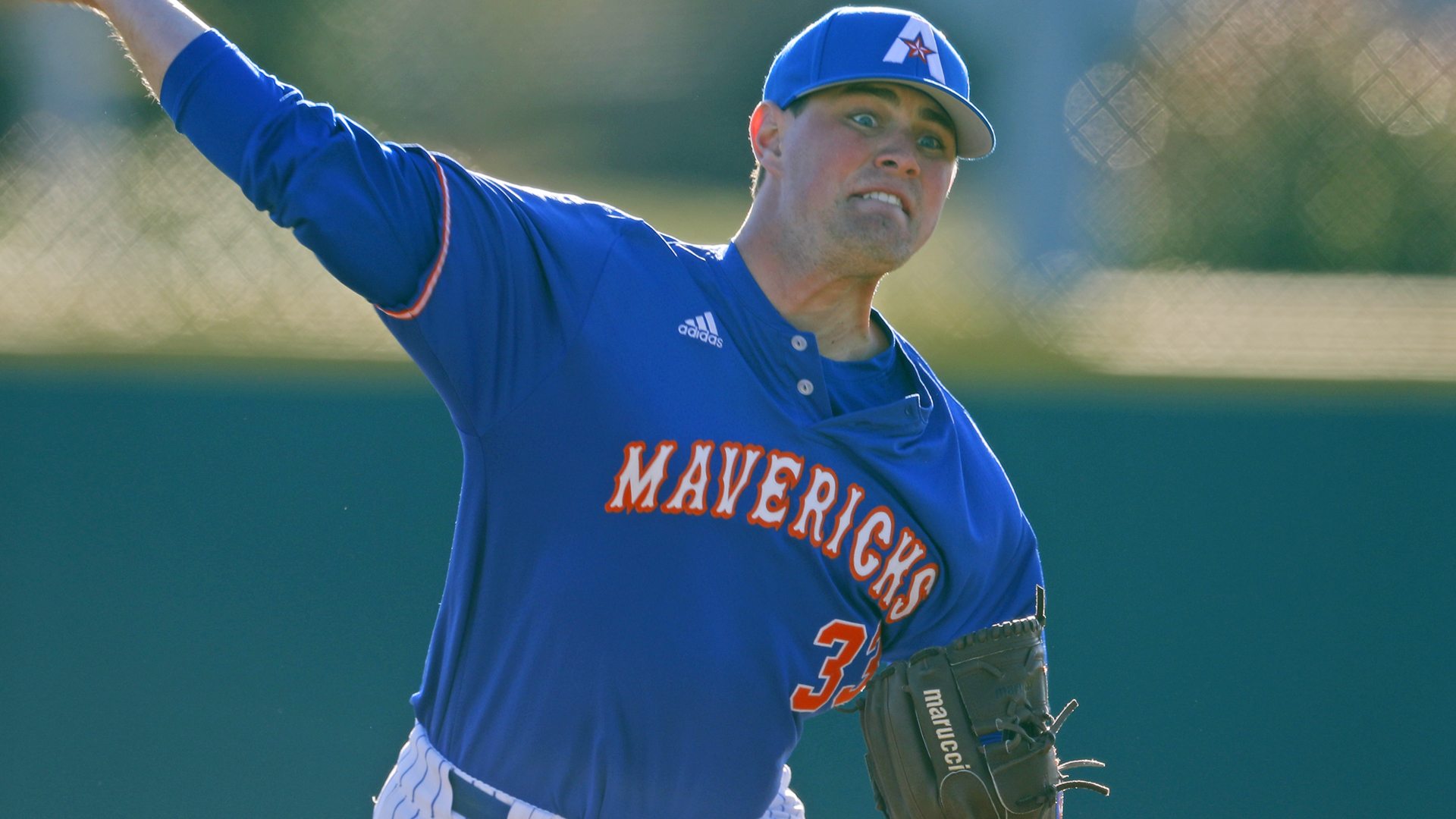 In the ninth round of the 2017 draft the New York Yankees selected RHP Austin Gardner with the 272nd overall selection. Gardner is drafted out of the University of Texas-Arlington, but spent his freshman season with Wichita State before transferring to a Cisco Junior College in Western Texas for his sophomore season.

In 2017 the 6’2″ right-hander posted by far his best statistical season. In 44.2 innings, Gardner pitched to a 2-1 record and a 2.42 ERA. The college senior fanned 55 bats while issuing just 10 walks. Not only was he was the Mavericks most prominent reliever, but he was one of the best relievers across college baseball in 2017.

Below is a short interview with Austin Gardner just one day after he was drafted:

Austin, first I wanted to say congratulations to you and your family on being drafted in the ninth-round by the New York Yankees! Can you talk to us about what wen’t through your head when you received that phone call from the New York Yankees on draft day?

“It was a dream come true basically. Everyone growing up playing baseball works their whole life for a moment like that and it was a very cool opportunity and very cool moment for me”

Where were you when you received the phone call?

“I was in our locker room with a couple of my coaches and a few teammates and we were all huddled around the computer screen listening to the draft tracker, which was a pretty cool experience.”

Leading up to the draft, were the New York Yankees the team that showed the most interest in you as a draft prospect?

“Yea, I talked to the area scout a couple of times and we’ve been in contact over the past few months so I kind of had an idea that it might be the Yankees, but I didn’t really know until the day of.

So did you root for the New York Yankees growing up?

“Actually, no. I’m from the Dallas area and I’ve been a Texas Rangers fan for the longest time, but now I’m a Yankees fan, which is awesome! The history of the franchise and all the great players that played there, it’s just an honor to be drafted by them.”

Can you give us a quick scouting report on yourself as a ballplayer?

“I’m a fastball and heavy sinker guy. I throw a curveball a changeup and a little cutter and I try and pound the zone and send the guys right back to the dugout and get our team hitting again. That’s really my M.O.”

What would you say is your best or go-to pitch?


“I would say my go-to pitch is probably my fastball. When I’m in a tight spot and need a swing-and-miss I go to the breaking ball to get the hitter off-balanced and come right-back with the fastball to try and get some bad contact or swings-and-misses.”

Who has been the most influential person or player in your baseball career to date?


“Oh gosh, theres so many choices. My dad played pro-ball for a couple-years back in the ’80’s and he’s obviously been a massive influence for me. If if had to pick a guy that I grew up watching besides my dad it would be Michael Young. I was big fan of his when I was younger. From the way he wen’t about his day-to-day and watching him as a fan, he always seemed like he did it the right way.  I try to mirror my approach off him. Obviously he’s a hitter and I’m a pitcher, but I like to mirror his mental aspect.”

You mentioned that your dad played pro ball?


“Yea, he played four seasons in pro-ball and made it up through Double-A in the Astro’s organization if I remember correctly. He coached me through little league and high school ball and he was a big influence for me and continues to be.”

You’ve been to a few different schools leading up to UT Arlington, can you tell us a little more about your collegiate career leading up to draft day?

“I sat out a year at Wichita State and then went to junior college at Cisco in West Texas. Then I spent the next two years at UT Arlington. I struggled a little in my junior year but made a turn my senior year when things started clicking for me. I got comfortable and the confidence improved for me. We unfortunately lost to Arkansas State in the Sun Belt Championships, so I was in limbo a little-bit in terms of my future, but I was ecstatic when I received the call from the New York Yankees, so here we are!”

Have you been a reliever throughout your collegiate career?

“No, in Junior College I started, but here are UTA i’ve pretty much pitched out of the pen. I made a couple starts here and there, but a majority of my appearances have been as a reliever.

I know you spoke about Michael Young earlier, but if there was one pitcher you can model your game after who would it be?


“I would probably say, sticking with Rangers, a guy like Nolan Ryan. Obviously I would be fortunate enough to have half the career Nolan Ryan did, but the confidence in his approach and the way he wen’t after hitters is the kind of the style I like to model”

What was the biggest baseball moment of your career to date?

Theres a lot of buzz around the Yankees farm system How excited are you to potentially join one of the best farm system in baseball?


“Like I was saying earlier, the historic franchise that the Yankees are, it’s just an honor to be a part of it. They’ve done a great job developing prospects in their system and there’s already a ton of talent down there. I’m looking forward to going out and competing to try and win a job and make it out of the system with the big goal of one day pitching in the big leagues.”