[Interview] Get to know Yankees 25th Round Pick Edel Lauces 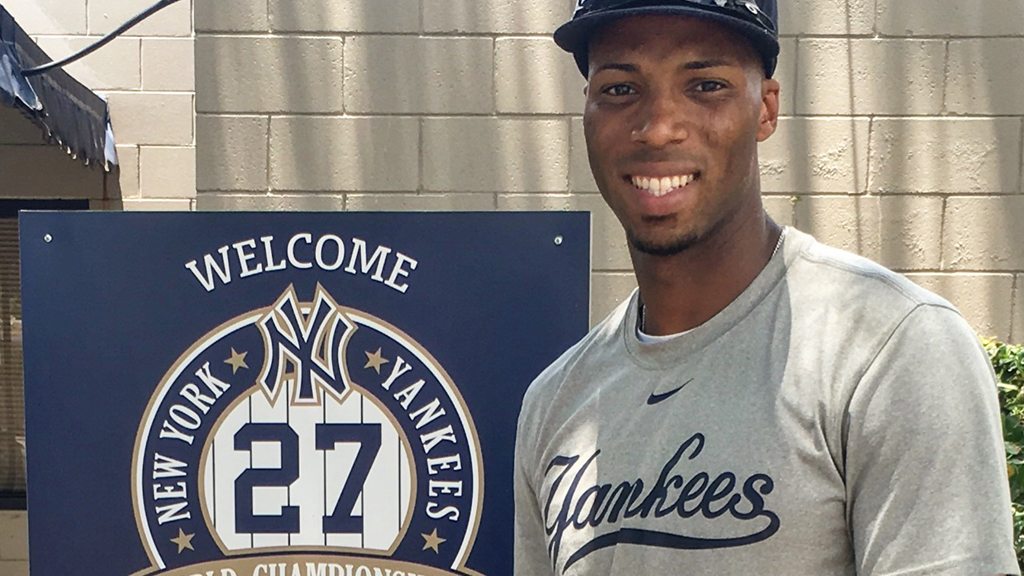 In the 25th round of the 2016 MLB Draft the New York Yankees selected Edel Lauces, except no school was listed.  Little was known about the outfielder who was listed as being 6-foot 5-inches tall, 205 pounds and was born in May 1994.  Lauces is from Hialeah, Florida and went to Hialeah High School.  If that sounds familiar it is because that is the same high school that current Yankees prospect Nestor Cortes went to.  After playing high school baseball he went on to play a season at Globe Tech for one season during their 2013-2014 season.  After which he left school and traveled to the Dominican Republic to work on his game with private coaches.

Where were you when you found out?
“I was at home with my family waiting on the call.”

When you finally got that call what was your reaction?
“The first thing I did was look to my mom, out of all people she has been with me all the this time behind me, supporting me. I hugged my mom really tight.”

You have an interesting story about your road to the draft, can you tell us a bit about that?
“I went to high school here [in Florida], I came here from Cuba when I was 13 and went to High School but no one drafted me. To be honest I hadn’t developed my body as a baseball player, I was kind of a late bloomer. Then after High School I went one year to college a little outside of New York and for some reason I decided I had to get away. I had to get a chance of scenery and find myself somewhere else and what better place than the Dominican Republic which is a big baseball country. I went over there, finally grew into my body. I got used to my body over there and was able to play ball again. I was able to play ball and came back to the states. Coming back to the states I thought I was going to be a free agent, once I filled out my paperwork with the MLB they told me I was going to be in the draft which was really hard for me because it was already April and the draft was going to be in 2 month so I had no exposure. Nobody knew who I was and I was a nobody on the map so I wasn’t expecting to be called. Then I got that call from the Yankees and changed everything.”

Tell us a bit about you as a player, if you had to compare yourself to a major leaguer who would it be and why?
“I say a little bit of Jacoby Ellsbury  and Adam Jones. Jacoby because he is fast and is a speedster. Adam Jones because he has the power and the defense. I think I land in between those them both because I can run my way on base or hit a homerun or save a game with a great catch out there in the outfield.”

You have signed with the Yankees now, have you heard where you will be starting your career?
“Not yet, I heard something about staying here in Tampa for a while and just going out there and play baseball to get my timing down. I am here in Tampa now at the facility, trying to get my timing and get back to the game of baseball and actually playing a game.”

What has been your impression of the facilities down there?
“I don’t think there is any comparison to this right here. This is great, the people are great. The coaches are more than happy to help you at pushing you all the time and expecting the best from you. That is what us as players need to take the next step in life especially in the game of baseball. There is so many steps to take and having coaches who encourage you to do better, pushes you and helps you out.”